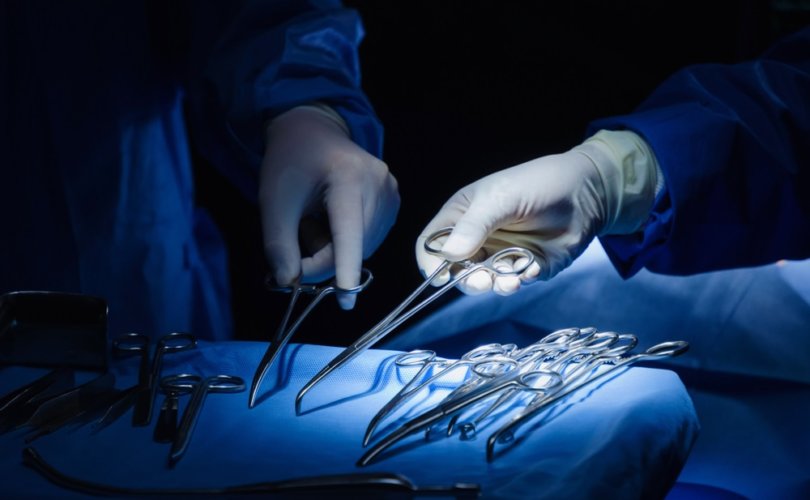 June 12, 2020 (LifeSiteNews) — While the state of emergency lockdowns are beginning to ease, pro-lifers across the West are entering into a new state of emergency: a sharp spike in the abortion rate brought on by ongoing economic devastation. Tragic numbers in both the United Kingdom and the United States this week are a cause for enormous concern.

According to The Guardian, abortions in both England and Wales surged again last year, with official figures hitting 207,384 abortions — the highest number of abortions since abortion was legalized in the United Kingdom in 1967. In particular, the number of women over thirty years of age having abortions has increased. According to abortion activists, this is potentially due to a combination of financial struggles and a “trend towards older motherhood.” These numbers are even more chilling when considering the fact that financial difficulties are likely to be exacerbated enormously by the economic devastation wrought by the COVID-19 lockdowns this year.

The number of abortions has been steadily rising since 2016, after remaining steady at approximately 185,000 abortions between 2012 and 2016. According to The Guardian:

The only good news is that for those under the age of 18, the abortion rate has been falling, with the rate now sitting at 8.1 per 1,000 and the rate for those under 16 plummeting to 1.4 per 1,000, a sharp decline from the 4 per 1,000 in 2009. Most of the women having abortions, The Guardian reported, already have a child, with a full 87% of those seeking an abortion over the age of 35 already having a child or children. According to Clare Murphy of the euphemistically named British Pregnancy Advisory Service, financial pressures, desire for smaller families, and women wishing to delay starting a family are among the reasons for the rise in abortion rates.

Antonia Tully, the director of campaigns at the Society for the Protection of Unborn Children (SPUC), told The Guardian, “We are looking at a national tragedy here. This appalling figure shows us that abortion is becoming more and more normalised. Propaganda telling women that abortion is ‘simple and safe’, coupled with easier access to abortion pills, is driving up abortion numbers.”

Pro-life activists have been concerned for months that financial pressures created by the COVID-19 lockdowns will spike the abortion rates everywhere. While other businesses were shut down, nearly all abortion facilities remained open, and according to abortion researcher and statistics expert Dr. Michael New, this has resulted in a spike in the abortion rate in the United States. The unemployment rate and accompanying economic hardship, he noted in a column this week for the National Catholic Register, are particularly bad news, as “research has steadily indicated that a significant percentage of women seeking abortions do so for financial reasons. Separate surveys conducted by the Guttmacher Institute and 1987 and 2004 both show that about 70% of women obtaining abortions cited financial issues.”

This, says Newman, means that pro-lifers should be gearing up for a higher abortion rate in the months ahead:

Additionally, there exist data points that pertain to the current pandemic. An April CBSNews.com article found that some abortion facilities were seeing an increase in the number of women seeking abortions. The story reported that one abortion facility in Granite City, Illinois, indicated that their “show rate” for women who made abortion appointments increased from 50% to 85%. Also, a May ABCNews.com article found that many “abortion funds,” which use private donations to subsidize abortions, were seeing an increase in calls. Finally, an April 20 Live Action News article by Carole Novielli interviewed pro-life sidewalk counselors around the country. They provided varying reports about how the coronavirus was affecting the number of people entering abortion facilities.

Florida’s Agency for Health Care Administration has already reported a spike, with the abortion numbers rising from 26,903 between January and June of 2019 to 27,851 in that same time frame in 2020, an increase of 3.5%. It is possible, Newman says, that these numbers are being skewed based on the reporting practices of Florida abortion facilities, but “a 3.5% increase in the number of abortions is still a figure that should trouble pro-lifers — especially considering the consistent long-term decline in the U.S. abortion rate.”

Perversely, pro-life groups everywhere have been shut down during the COVID-19 lockdowns, while abortion facilities kept their doors open and their businesses booming. Pro-lifers were even arrested for attempting to safely offer women heading into abortion clinics life-affirming options. In the months ahead, the pro-life movement will face a new challenge: highlighting the truth that abortion is not an “essential service,” but an act of violence that ends the life of a human being. Our culture proved during the coronavirus crisis that we expect people to make enormous sacrifices to protect the weak and vulnerable because their lives have value. Pro-lifers must confront the culture with the fact that this expectation applies to all human beings — even those in the womb.