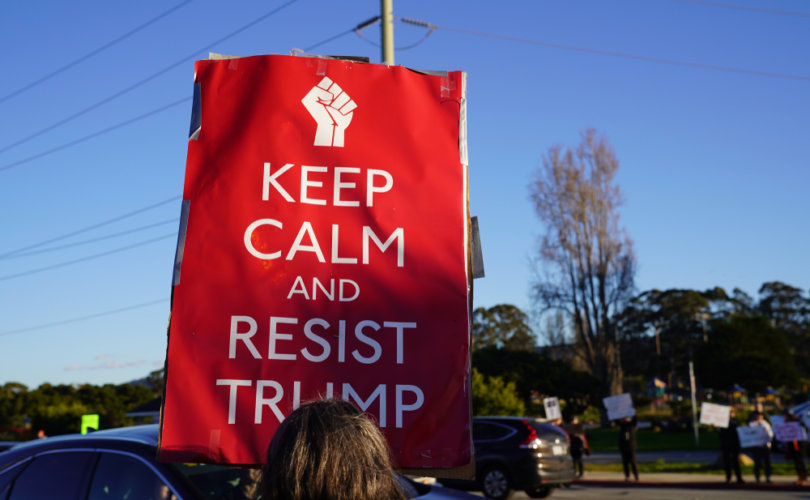 March 13, 2019 (LifeSiteNews) – A group of 14 Catholic bishops who live on the U.S. and Mexican sides of the Texas-Mexico border have signed a statement rebuking President Trump’s immigration policies. It’s a mixed bag of some good but mostly bad arguments.

I’ve previously written about how the bishops rely on proof-texting Bible verses to support their open borders stance. Read here. Unsurprisingly, their latest statement begins by quoting Matthew 25:35 (one of their favorites): “I was a stranger and you welcomed me.”

Quite obviously, Catholics must do this. But always with prudence. There is an order to charity that, at least when it comes to matters of national policy, must first be extended to fellow Americans. To my knowledge, U.S. bishops have never called for a limit on the number of years refugees should stay in the United States. Nor have they endorsed a cap on how many of them should be allowed in. On this, they’re in lockstep with the Democrat Party, which wants a steady flow of persons coming in over the southern border. I’d be shocked to learn if any of the bishops were in favor of putting ceilings on either figure. But unlimited and indiscriminate flooding of strangers into a country clearly violates Catholic principles on the rights and duties of nations to protect their common good. (Read more on that topic in this in-depth interview with a priest from the Society of St. Pius X.)

The bishops go on to say that extreme violence and poverty is what drives many immigrants to the border and that we shouldn’t “assume they are criminals, as they are sometimes perceived.” Many of them are “victims of criminal elements in their own countries.”

True. But why don’t the bishops call for improvement to the Mexican economy or for their police force to be more effective? Isn’t that the root of the problem? The drug trade and the multinational corporations in the U.S. that entice workers to cross the border illegally are also at fault. Yet Trump has been the toughest president ever on the Mexican cartels and on opioid addiction in the United States. Very few, if any, American bishops praise him for his efforts. Deal Hudson is right to wonder if the bishops are plotting to make sure Trump doesn’t get re-elected in 2020.

What the bishop’s statement also embarrassingly implies is that the Mexican Bishops Conference has done such a poor job at preaching the Gospel that their country has become a barren wasteland of corruption, so much so that every single person should be allowed to claim refugee status in the United States.

If the bishops were serious about solving the border crisis they’d issue a statement imploring the Mexican people and their leaders to live out their Catholic faith so true peace and harmony would flourish, thus eliminating the need for persons to flee in the first place. Human beings have a duty to better their home country before giving up on it and jetting off to another one.

Rather than act as if Mexico is a failed state like Libya, which it is not, the bishops should throw their support behind measures that streamline the legal immigration process in the United States instead of turn a blind eye to those crossing illegally. They should also be more vocal in calling for economic assistance for Mexico’s poorest citizens, which is precisely what the Trump administration has already done. Last year, the president announced $5.8 billion in aid and investment for government and economic development in Central America, and another $4.8 billion for southern Mexico.

The remainder of the bishops’ statement calls for some changes in the way the U.S. handles court cases with asylum seekers. It also asks for God’s help to “welcome, protect, promote, and integrate immigrants, as requested by Pope Francis.”

Fine. But I can’t remember the last time the bishops or Pope Francis actually called for immigrants to be truly integrated into the country they arrive in. Isn’t this the pope who believes in “unity in diversity” and apologizes to aboriginal peoples?

When it comes to the issue of immigration, U.S. bishops never tire of using language that guilts Americans into thinking they’re committing a sin by supporting a border wall. This is false. As St. Thomas Aquinas taught, the number of persons let in to a country must be balanced with the natural and supernatural common good of the country receiving them. In other words, economics, costs to the taxpayer, the education system, social harmony, religious cooperation, and the entire gamut of other issues related to a nation’s overall spiritual health must be part of the equation. A country has the right to preservation and to be free from groups of persons that would radically disrupt its equilibrium. Immigrants also have the duty to integrate themselves into the welcoming country.

Germany is a prime example of how not to do immigration. It's learning this lesson the hard way after letting in millions of Muslims from the Middle East, the vast majority of whom are un-assimilable young men. Not only is Germany’s day to day life witnessing civil unrest and rampant sex crimes, it may not even be German in thirty years if its low birth rate doesn’t pick up. The entire country will have been annihilated by Islam.

Some say that the United States is better off with more immigrants. “Diversity is our strength! We are a nation of immigrants,” it's often remarked.

Really? How is social cohesion enhanced when more and more Americans have fewer things in common with their neighbors? At the end of the day, immigration is being used by the Democrat Party to grow their base. It's also being pushed by international elites who want to create a cosmopolitan, secular world order without borders. Former Secretary of State John Kerry admitted to that in 2016 when he told graduates of Northeastern University to ready themselves to enter “a complex and borderless world.”

Count me among those who see this entire issue the same way Archbishop Schneider of Kazakhstan and Cardinal Robert Sarah do. Both men have on multiple occasions said there is an orchestrated, globalist plot utilizing mass migration to de-Christianize the West and to create a blended, post-national, one-dimensional world. Shame on U.S. Bishops for not echoing their remarks.