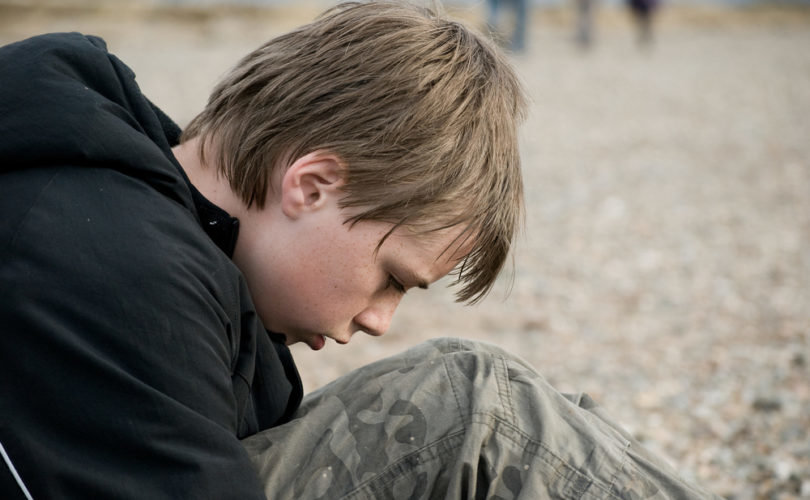 But Nathan was not yet a man. He was just 12 years old.

In today’s wired world, internet porn is everywhere, it’s easy to get, and it’s washing like a wave over every child who can hold an iPhone or log on to a laptop—according to one recent study, by the time they reach eighteen only three percent of boys and seventeen percent of girls will have never laid eyes on it. And these kids aren’t witnessing the kind of “soft-core” centerfold images that their parents may have stumbled across in a magazine or cable TV twenty years ago; no, they’re filling their heads with explicit, graphic depictions of sexual acts. In fact, according to the same study, which surveyed 563 teenage boys and girls, 65 percent had seen depictions of group sex, and 12 percent had seen rape or sexual violence.

As a father, then, I focus on prevention, which involves not only shielding kids from harmful influences, but also forming them in a way that equips them to face the dangers and temptations of the online world. It’s no longer enough to ask, “How do we protect our kids from the Internet?” We must also ask, “How do we train our kids to be pure in heart?”

The first thing is to know that God is faithful and will guide and bless your efforts. Drawing from my experiences, allow me to offer three strategies that you can implement to cooperate with God’s grace.

1. Affirm the goodness of their sexuality

Even when they’re very young, my wife and I make it a priority to affirm our children’s sexuality daily—teaching them that God created them male or female so that they can become a gift in self-donating love. Each night before bed I lay my hands on them and offer this prayer: Dear Heavenly Father, I thank you that you have created [name] to be a strong boy/ beautiful girl. I ask that he/she would grow up to be a strong man/beautiful and strong woman to give his/her life away as a priest or a husband/nun or a wife.

I know that you know this – or that you think you know this, but it bears repeating. Your child needs you to parent him. And a large part of parenting means saying “no!” In fact, if your child hasn’t gotten angry at you over the past week because you would not let him have his way – you’re probably not doing a very good job parenting him.

In the sphere of chastity, saying “no” is the flip side of affirming your children’s sexuality. It doesn’t mean to shelter kids from every possible bad influence in the world; rather, it’s about exercising prudent vigilance. There never was a teenager who couldn’t survive without a smart phone, but there are countless thousands whose Internet-connected phones become personal porn terminals. Laptops behind locked bedroom doors might help a little with homework, but they’re also inviters of temptation. Your child was invited to a sleepover: do you know what kind of supervision the host family exercises over the computer or cable box? If you’re not prepared to say “no” you might find all your vigilance undone by another family’s carelessness.

3. Use Filters and Accountability Software

We have talked first about giving kids a foundation that affirms God’s gift of their bodies, then about circumstances in which we must be prepared to say “no” in order to protect that gift.

As a supplement to, rather than a replacement for our work of forming and parenting our kids, Internet filters and other content-blocking tools are a must, especially when your children are young. As they grow older, however, it’s important that you not simply block them but continue to teach them. This is how accountability software differs from filtering. Instead of blocking certain websites, it monitors all the sites that your child visits and then sends a report to an accountability partner (you). This changes the mentality of the child surfing the Internet. Rather than him wondering how he could get around a filter to visit some forbidden-fruit website, he will know that he could visit the website, but that he will have to answer for it.

When you think about it, isn’t this how the heavenly Father acts towards us? He could “block” us from turning our backs on him and from the pain our sins bring, but he does not. Rather he teaches us right from wrong, and implores us to do what’s right (while giving us the grace necessary to do it). He does not censor our every thought and action because he desires us to grow up to be responsible moral agents: sons and daughters who freely choose what is good. We parents ought to follow his example.

The best accountability software can be found here.