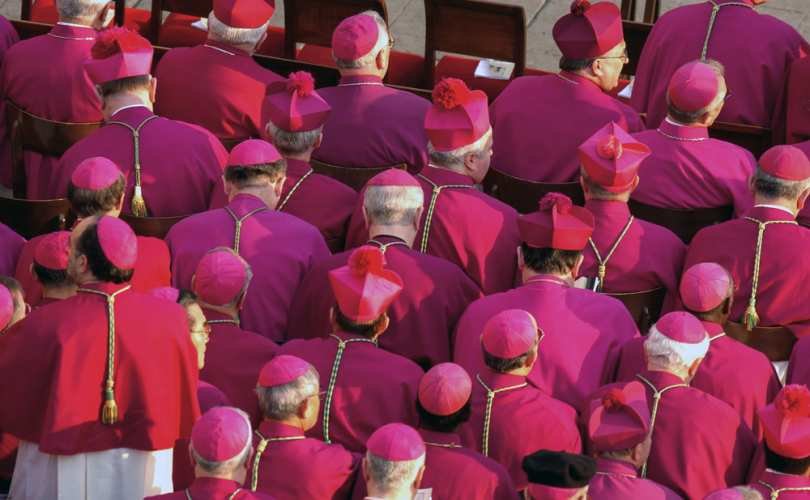 January 31, 2019 (LifeSiteNews) – For months, since Pope Francis ordered a last-minute halt to the U.S. bishops’ November vote on specific actions responding to the McCarrick scandal and general clergy sexual abuse crisis, the world has been anticipating the Vatican’s suddenly announced alternative action of a summit February 21-24. The summit, which will bring together the presidents of all the world’s bishops’ conferences, has some troubling built-in agendas.

The title of the conference itself – “The Protection of Minors in the Church” – is being widely criticized for “avoiding the real problem” since the vast majority of sexual abuses by clergy have been perpetrated against teen boys and adult seminarians rather than just minors. That is, homosexual predation, rather than pedophilia, is the dominant sexual abuse behavior by priests, religious, and especially bishops, which the Church has yet to address with firm actions.

Pope Francis’s imposition of Chicago Cardinal Blase Cupich to lead the summit is an alarming sign that the Vatican is determined to force the conference leaders to be complicit in a continuing cover-up of widespread homosexual predations and behavior by clerics from the lowest to the highest levels of the Church. Cardinal Cupich – who once told me personally that ministers of Holy Communion must give Communion to homosexual couples if they feel justified in their consciences – has said homosexuality has nothing to do with the abuse crisis. This is despite the uncontested fact that over 80 percent of the abuse victims are male.

Pope Francis, too, has refused to talk about homosexuality, pointing a finger at the vague term “clericalism” as the root cause of the problem. Linked to that is another method to guilt-trip bishops into staying on the same page. The pope has stressed time and time again the priority of “collegiality” and the need for the bishops to not attack one another. The difficulty with that, however, is that the bishops are coming at these issues from diametrically opposed positions that are irreconcilable with some wishing to alter the Church’s teaching on homosexuality and others refusing to oppose the truth of Christ. Tragically, the pope seems to be siding with the likes of Cardinal Cupich.

But there are other agendas at play as well. Rome’s Professor Roberto de Mattei, one of the greatest Church historians in our time, has warned that the absolute inviolability of the seal of Confession may be questioned at the summit.

Already, many bishops have also spoken of removing the requirement of priestly celibacy as a legitimate response to the crisis, even though sexual abuse statistics in Anglicanism, where married clergy are the norm, are every bit as high as in the Catholic Church (around four percent according to various studies – which is incidentally far lower than the sexual abuse rates by teachers).

One of the tactics used by the secular world to supposedly combat sexual abuse – school-based graphic “sex education” of children – has consistently proven to actually increase such abuse. This, too, will likely be proposed at the Vatican summit this month. Recall the scandalous Vatican sex ed program that was released at World Youth Day in Poland, complete with lurid photos and suggestions to watch near-pornographic films.

One final possibility (although this is by no means intended to be an exhaustive list) of what might be pushed at the summit is a renewed emphasis on control of the Catholic media and blogosphere, as was suggested in the concluding document of the Synod on Youth and Vocations last year. Paragraph 146 of the Synod document said: “The Synod hopes that in the Church appropriate offices or bodies for digital culture and evangelization are established at appropriate levels, which … could also manage certification systems of Catholic sites, to counter the spread of fake news regarding the Church[.]”

If you haven’t started already, please join in a campaign of prayer and fasting for the outcome of the Vatican summit. LifeSite has launched a prayer novena asking St. Joseph, patron and protector of the Universal Church, for his intercession in this crisis.