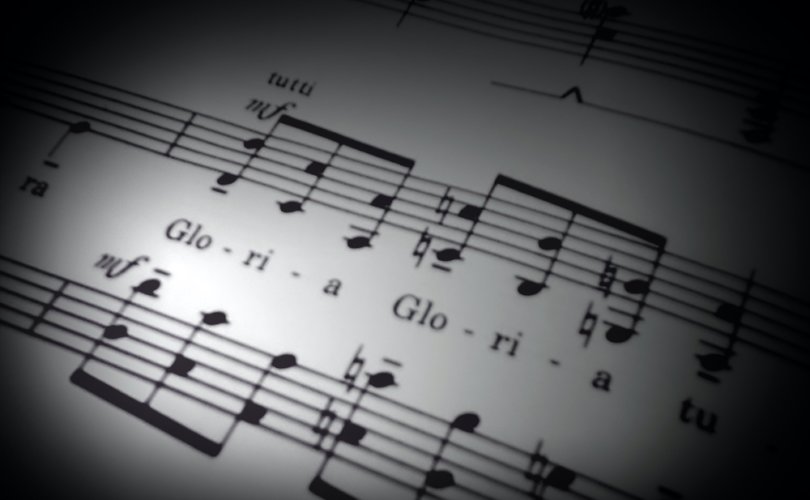 May 18, 2020 (LifeSiteNews) – Church employees have been badly affected by the coronavirus epidemic and the subsequent cessation of public services. Particularly hard hit are those who did not have formal contracts, or who were paid service-by-service. This includes many musicians.

There is a strand of thinking in the Church that says that the liturgy should be served by musicians who appear spontaneously from the congregation and offer their skills for free. Sometimes this is possible, and in particular circumstances it may be the best solution, or the only one. Indeed, I am an amateur singer myself. The worrying thing about this claim, however, is the word “should” which appears in it: the idea that it is somehow less authentic, or appropriate, or worthy of the liturgy, to pay musicians.

Occasionally a parish may find that a member of the congregation has the skills to help fix the heating; quite often parishioners help with the accounts. But generally, people with professional qualifications need to be paid for their services. This extends to things intimately connected with the liturgy, such as vestments and sacred vessels. The more important something is for the liturgy, the more willing a parish should be to part with cash to get the best possible results.

It is not just a matter of hiring professionals. Liturgical music is a specialism. Gregorian chant, above all, is something rarely if ever taught to aspiring professional (or indeed amateur) musicians. If no churches ever paid musicians, then no musicians could afford to specialize in liturgical music. It would follow that no other musicians could learn the skills, even on a summer course or in evening classes, because there would be no one to teach them. We are not far from that situation today, in fact. The market for professional liturgical musicians, as opposed to secular musicians who perform occasionally in churches, is so tiny that it is only by some musicians’ extraordinary dedication that skills can be passed on at all: in America, this activity is centered around the Church Music Association of America.

In England the tradition of liturgical music is kept alive by the Anglican cathedrals. To say this is less than satisfactory from a Catholic perspective is an understatement, but very few Catholic cathedrals and major churches maintain good professional choirs. An aspiring Catholic musician, therefore, who wants to specialize in liturgical music, is forced to spend much of his career singing or playing the organ for Anglican services.

This raises the question, of course, of why the liturgy needs a kind of music which requires skills, acquired only with dedication and hard work over a protracted period of training, which differ from those of either mainstream classical or popular music. Liturgical music, like ecclesiastical architecture, has not always differed so markedly, or even at all, from secular styles. Liturgical motets from the Renaissance and the Baroque periods can be indistinguishable in style from secular madrigals by the same composers. Medieval and early modern Oxford college chapels are strikingly similar, at least from the outside, to the dining halls which often sit next to them in our ancient quadrangles.

The answer is an important one, and was set out with great eloquence by the late Monsignor Richard Schuler (for example in his talk available here). Schuler distinguishes periods in which the Church was culturally dominant, and times when culture has been dominated by other forces. When the Church is dominant in a culture, one can say that all culture is Catholic culture. Churches built along the lines of civic meeting halls (basilicas) or the great halls of kings and nobles were not built in a secular rather than a sacred style: at those moments in history, there was no such distinction.

This is not so when the Church is a bit-player on the cultural scene. For the Church to embrace the operatic music of the 19th century in the liturgy, for example, would have been to embrace associations and values which were not Catholic. The Council of Trent was far-sighted, therefore, in insisting on a separation between sacred and secular music, contrary to the practice of the Middle Ages, and harking back to the practice of the Early Church. In the Early Church instrumental music was forbidden in the liturgy, because of its association with pagan rites. The Fathers of the Council of Trent realized that the Church was losing her cultural dominance and needed to adapt.

In a non-Catholic culture, for the Church to open her liturgy to non-liturgical musical styles is simply to secularize the liturgy. It is essential to maintain a distinctively sacred style which people can recognize and come to associate with the liturgy, and which can draw people in to a prayerful atmosphere. If this is to be done well, it requires professional musicians. In a great church, they will comprise the choir, but they will be in the background even in the most humble parish, as models, teachers, and leaders. If we want Catholic musicians to acquire the skills necessary for good sacred music, we must be prepared to pay them.