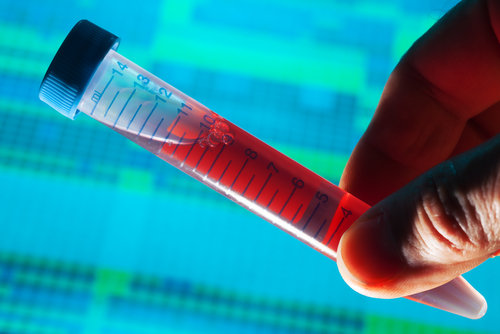 November 26, 2019 (LifeSiteNews) — The quickness with which the LGBT lobby went from “our marriages won’t affect you” to “bake the cake, bigot” shouldn’t have surprised anyone who was paying attention. Nor should the fact that erasing sex from marriage was just the first step in erasing sex entirely. Even so, it can sometimes be hard to appreciate the likelihood that there really is no limit to how much crazier they can get.

Earlier this month, David Hudson of the pro-LGBT site Queerty wrote an article lecturing other gay men for not wanting to go to bed with men they know are HIV-positive. Yes, really:

I don’t disagree that everyone should take responsibility for their own sexual health. My purpose in writing this is merely to ask you to give a thought to the potential consequences of your particular decisions.

If someone is HIV positive, knows their status, is on effective medication and has consistently had an undetectable viral load, they cannot pass on the virus. PrEP is also widely available in the US and several other countries to prevent people from acquiring HIV. And condoms are also, of course, widely available. …

If you find yourself single and contemplating why, bear in mind it might be because you blocked ‘Mr Right’ when you read he was HIV positive on Grindr.

Of course, some will say, “My perfect man doesn’t HIV!”. Well, I hope you’re not too old before you realize: Nobody’s perfect.

There’s a lot to unpack here. For one thing, an undetectable viral load isn’t a permanent or perfect safeguard against STDs. For another, there’s the loaded premise that not wanting to expose oneself to a deadly disease is merely nitpicking, or that it’s irrational to have reservations about dating a carrier of something that’s primarily transmitted by irresponsible behavior. And all of this is against a backdrop that simply assumes the propriety of same-sex relations and extramarital sex.

But the biggest takeaway here is that this kind of thinking isn’t confined to the fever swamps of far-left blogs; it’s becoming mainstream in the Democrat Party.

Twenty-twenty presidential contenders Elizabeth Warren, Pete Buttigieg, and Cory Booker have all endorsed repealing laws that require people with HIV to disclose their status to potential sexual partners. And the candidates who haven’t endorsed it aren’t lifting a finger to push back against it.

To put this in perspective, this is the same party that supports vaccinating children against the Human Papilloma Virus (HPV) regardless of their parents’ wishes. So sexually transmitted diseases are serious enough to prepare children for sex but not serious enough to dissuade adults from sex. Gee, it’s almost as if health is an afterthought, and there’s no consistent principle at work here beyond the encouragement of sexual activity.

Following the patterns established over the past decade, it’s only a matter of time before “HIV-phobia” becomes a mainstream talking point on the Left, and fearing exposure to a dangerous, life-altering disease becomes just as “bigoted” as following the Bible on homosexuality and biology on biological sex. By all appearances, mainstream national Democrats are prepared to follow along.