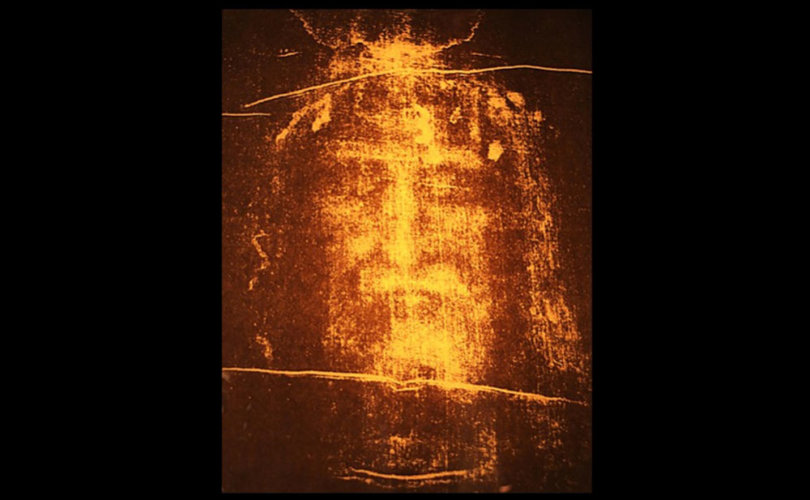 June 16, 2016 (LifeSiteNews) – In recent decades, there has been a major decline in the formerly strong Catholic faith of the Irish people. As a result, anti-life and anti-family forces have been making dramatic gains that no one thought could be possible in Ireland. Human Life International, Ireland realized something dramatic was needed to try to save the nation from moral and spiritual ruin.

Executive Director Patrick McCrystal undertook a Holy Face of Jesus program that has shown great promise to help re-awaken the Irish people to what they have lost and must regain. He realized that a spiritual effort had to be his pro-life organization’s highest priority while still of course continuing with all their other pro-life efforts.

In his recent book, God or Nothing, Cardinal Robert Sarah also implied the very high priority that should be given to such a devotion. He wrote, “I am convinced that one of the most important tasks of the Church is to make the West rediscover the radiant face of Jesus.”

McCrystal was attending the Rome Life Forum last month passing out information about his program to his fellow leaders at the conference. It was so impressive that we had to interview Patrick and have him tell the story about the Holy Face devotion and how he was able to place it in front of up to a million people through the use of large billboards, bus ads, a Facebook advertising campaign and nationwide prayer vigils.

See the video of the interview below that best conveys the details, importance and great success of the HLI program that McCrystal hopes will be picked up by pro-life organizations and others around the world.

The HLI Ireland leader was a pharmacist who had to leave the profession some years ago because he refused to dispense the contraceptive pill. He was unemployed for three years and was then led to working for Human Life International.

Then because of advances of photographic techniques in 1898, the face in the Shroud of Turin, that the HLI Holy Face program uses, became available to the public for the first time in history. It is now considered to be the authentic face of Jesus.

Later, in the 1940s McCrystal said, there were more Vatican approved visions of Jesus and Mary that appeared to Sister Maria Pierina de Micheli indicating that Heaven wanted Jesus’ face to be imprinted on a medal. Sister Maria received permission to have the Holy Face imprinted on a medal and that medal is also a big part of the HLI program of spreading the devotion.

In addition to the Holy Face image on one side is added the text, “Let the light of your face shine upon us O Lord.” On the other side are the words, “Stay with us O Lord” around an image of the Holy Eucharist. McCrystal stated that millions of the medals have gone around the world and there “have been graces and promises attached to those who are devoted to Jesus’ Holy Face and wear the medal.”

Then, Sister Maria Pierina de Micheli, who was beatified by Pope Benedict XVI in 2010, was told in a later vision, “In these days of sensuality and hatred of God and the Church, a divine remedy is necessary and that remedy is the Holy face of Jesus.”

A campaign was developed to cover all of Ireland

McCrystal said that what Blessed Maria de Micheli was told about “these days of sensuality and hatred of God and the Church” is everything that we’re dealing with in the world today” and they decided to take it seriously and launched a national billboard campaign all over Ireland during Lent, up to the end of Easter Week in 2016.

They sponsored 28 billboards, 8 in Dublin and 20 around the country, with only the image of the face of Jesus. There deliberately was no text on the billboards which were roughly 25 feet by 15 feet in size. Some of them were in very prominent roadside locations.

Then they created a website with much information about the devotion, together with a Facebook advertising campaign that cost 4,000 euros that brought the campaign in front of 715,000 people in Ireland over a two-week period.

The Facebook campaign was accompanied by assembling an army of people for all-Ireland prayer vigils of public reparation for Ireland’s apostasy. These prayers of reparation started at 12 noon on Good Friday at a location in each of the 32 counties of Ireland. There was an 8-foot banner of the Holy Face at each of these vigils of reparation for among other things, the public scandal of the bad result of last year’s referendum on homosexual unions.

A smaller 3’ by 2’ Holy Face ad was placed on 200 buses throughout the month of April in a position that could be seen by everyone who rode on the buses.

Holy Face of Jesus seen by up to a million – with no complaints.

The result was that up to a million saw the Holy Face of Jesus image people during especially the last 2-week period.

There wasn’t one complaint during the entire campaign. Organizers received many positive responses and McCrystal believed that the image, “which was neither a Catholic nor a Protestant image,” had to have positively affected many who saw it.

McCrystal emphasized that the image of Christ “is marked on the very nature of every person (all are made in the image and likeness of Christ), all six billion people on the face of the earth who have all come from the same creator. It’s marked in our souls to somehow be configured to this image that was left on the shroud of Turin, which is there, whether you are a believer or not. It’s not any religion image. It is the face of our creator.”

The campaign, said McCrystal, lifted Jesus’ face up to the people of Ireland and they “left it up to Him to do His effect on souls as He sees fit and they might not know until the day they die what impact this first step to bring Christ to Ireland will have had.”

The entire campaign cost 60,000 euros, but McCrystal found that it so inspired his over 2,000 HLI Ireland supporters that the full amount was easily raised in an unprecedented response to an appeal letter.

McCrystal said that the campaign was such a great success that his group is now brainstorming about how the campaign might be extended to reach globally, especially through social media, during this critical time of great crisis for the church and the world.

For additional information, Human Life International can be contacted by going to humanlife.ie or the Holy Face website at theholyface.com.