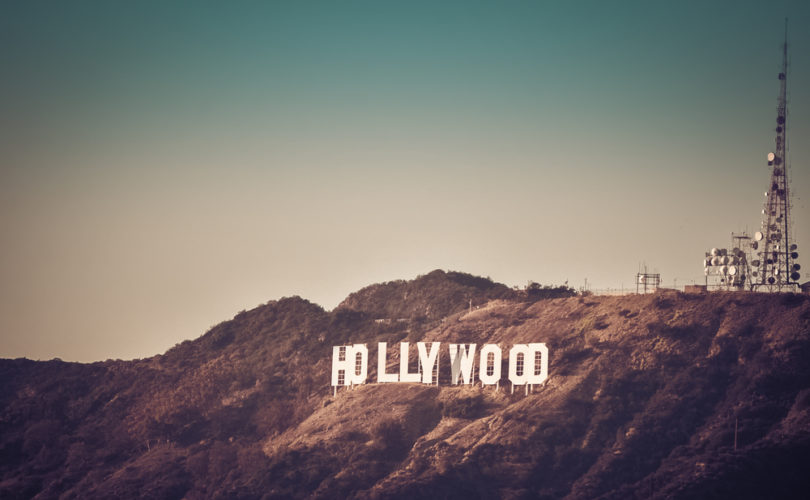 BEVERLY HILLS, Calif., January 8, 2018 (LifeSiteNews) – The upcoming Academy of Motion Picture Arts and Sciences (AMPAS) annual “Oscars” award night is shaping up to be more conundrum than celebration.  Liberal elites who have always scoffed at conservatives’ warnings of slippery slopes when it comes to moral issues, now faced with their own moral dilemma, are suddenly true believers.

And they are scared.

When the Academy’s board of governors — including luminaries such as Tom Hanks, Whoopi Goldberg, and Steven Spielberg — held an emergency meeting in October to deal with multiple sexual harassment allegations against Harvey Weinstein, they had no choice but to oust the legendary producer from their ranks.

After all, with the flood of Weinstein allegations the Academy quickly found itself drowning in bad press.  A Change.org petition with more than 100,000 signatures demanding Weinstein be expelled no doubt helped to cinch the decision.

They thought they had disposed of the issue quickly, freeing themselves from future controversy and unwanted attention.  They were wrong.  Dead wrong.

After the Weinstein story broke, one story after another of sexual impropriety by some of the biggest names in Hollywood erupted.  It seems like it will never end.

Now the Academy doesn’t know what to do.

According to a report in PageSix.com, one male Academy member said, “Harvey opened the floodgates.  Now the Academy’s drowning in a tide of s—t.  They don’t know what hit them.”

“Kathleen Kennedy [producer of the ‘Star Wars’ series] and some other female governors panicked and felt compelled to act,” according to a prominent female AMPAS member in the PageSix.com report.  “They thought [Weinstein] could hurt AMPAS’ cred.  Some of them did admit this was a slippery slope.  But I don’t think they imagined how slippery.”

By admitting that the immoral sexual behavior of one man — Harvey Weinstein — was a bad, if not criminal thing, and that it was something that AMPAS and its members could neither ignore or sweep under the carpet, the liberals who control the entertainment industry are in a quandary:  Where do they stop?  When can their consciences be safely ignored again?

The slippery slopes that conservatives have dealt with over the years have been issues triggered by the sexual revolution.

A Different Kind of Slippery Slope

For decades, conservatives have been assured that abortion would be “safe, legal and rare,” and that no slippery slope existed.  Fifty million-plus in utero infant murders later, the slippery slope was clearly there.

Conservatives were also assured that gays and lesbians only wanted to be left alone to live their lives in peace, and that same-sex marriage wouldn’t impact anyone outside those “marriages.”  Yet now those who can’t in good conscience bake cakes, arrange flowers or photograph gay “weddings” are harshly punished, faced with exorbitant fines and the dissolution of their businesses.  Though conservatives were laughed at — told that their homophobia was running wild, imagining there was a slippery slope — the slope was there.

And religious organizations which once enjoyed the fruits of religious liberty, such as the Little Sisters of the Poor, found that the slippery slope resulted in them being bullied and discriminated against for choosing to uphold their religious beliefs.

Now, the Left finds itself sliding down a slippery slope of its own making, unable to reach out and grab a branch or tree trunk to slow its out of control descent.

But the left’s slippery slope is different from the one conservatives have sought to avoid.  The Left finds itself slipping uphill toward morality, and they are panicked by it.  Suddenly, they are unable to continue to protect or legitimize the sexual revolution – a revolution for which they have gladly marched out front carrying their banners.

How can they possibly continue to defend the sexual revolution while condemning the behaviors the revolution fosters?  It’s a no-win situation.

They have brought this upon themselves via the monsters they created and whose enormous appetites they fed.

Reason tells them they must keep moving forward down their treacherous, icy Matterhorn, glancing off sharp-edged, craggy rocks of truth and buffeted about by unwanted self-realization.

At the end of their slippery slope, however, lies not the death of countless innocents and the destruction of marriages, families and freedom, but salvation and reformed lives.

In fact, it’s almost as if they are afraid of sliding uphill, not down.

No wonder they are scared to death.