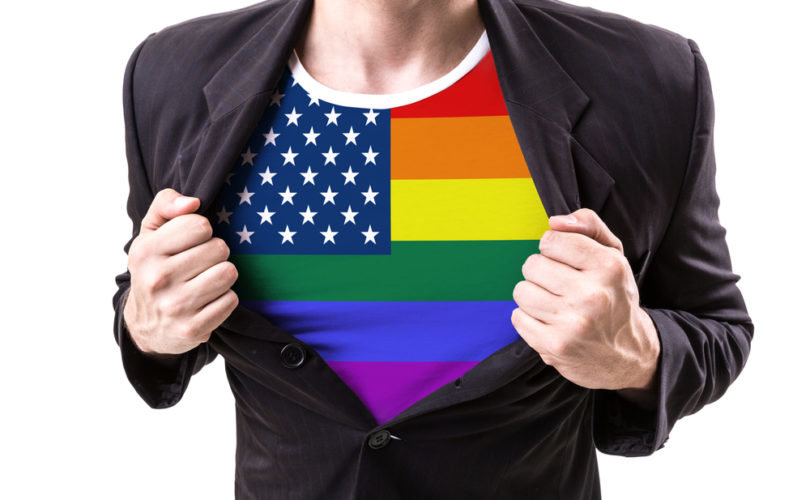 March 28, 2019 (LifeSiteNews) — Spend enough time on the front lines of the culture wars, and it’s easy to become jaded by a sense that we’re fighting against the current. Unity on the right to life is hamstrung by rampant confusion about tactics, and LGBT activists’ shift from homosexuality to gender fluidity is thanks in no small part to the Right’s near total surrender to the redefinition of marriage.

But every once in a while, we get a reminder that cultural collapse isn’t inevitable. This week, that glimmer of hope came in the form of the Public Religion Research Institute’s latest annual survey of American attitudes on LGBT issues.

Overall, the report was nothing to cheer — support for LGBT “nondiscrimination” (by which liberals don’t mean protecting gays or transgenders from actual mistreatment, but conscripting Christians into serving same-sex “weddings” and forcing people to share bathrooms and locker rooms with the opposite sex) has either held firm or risen among most demographics. But there was one curious outlier, the New York Times reports:

Between 2015 and 2018, support for laws aimed at protecting L.G.B.T. individuals from discrimination fell by nearly 10 percentage points among Republicans under the age of 30 […]

The majority of young Republicans surveyed — around 63 percent — continued to support such measures. But given that 74 percent were in favor in 2015, the shift was striking, said Robert P. Jones, the chief executive of the institute, a Washington-based nonpartisan nonprofit.

“It was one of the largest and most significant drops that we saw,” Dr. Jones said.

Understanding this shift would require additional study, he said, but one hypothesis he offered was that the ranks of young Republicans are thinning, with more socially liberal individuals opting to identify as independent. “The Republican Party is becoming more ideologically pure,” he suggested.

On the one hand, this silver lining is still pretty thin; Republicans are supposed to be conservative, yet more than half give the liberal answer. On the other, a ten-point reversal in just three years isn’t nothing…especially since we know that the GOP itself hasn’t been doing anything to bring it about.

What did bring it about? Almost certainly the same thing responsible for PRRI’s finding last fall of a five-point rise in support for business-owners’ religious liberty from the previous year, or GLAAD’s discovery last year of “significant declines from what had been an increasingly accepting America to one now less supportive”: LGBT activists’ overplaying their hand.

Hopped up on the allure of libertarianism, Republicans embraced the LGBT sales pitch in the first place because, in the absence of a firm grounding in what the actual issues and principles at stake really were, they were swayed by the superficially appealing rhetoric that it really was just all about freedom.

But getting people to adopt a position based on shallow, emotional reasoning isn’t the most durable foundation. Ever since the GOP went along with Obergefell forcing same-sex “marriage” on all fifty states, LGBT activists have been emboldened to force private citizens to live in their brave new world. If your overriding political instinct is to live and let live, you can’t help but notice when a movement you embraced on those very grounds turns around and starts trying to destroy the livelihoods of harmless bakers and florists or screaming “BIGOT!” at anyone who has a problem with girls being forced to undress in front of boys.

Now, the change PRRI observed is a small portion of a small subset of the public, and it doesn’t speak to broader cultural confusion about homosexuality, marriage, and liberty. But it does show that those who’ve lost their way aren’t lost forever. The misled can be awakened, and society can be saved — but only if we are willing to speak plainly about the connections and conflicts between young Americans’ moral intuitions, the insanity they witness every day, and the values that can help them understand both.