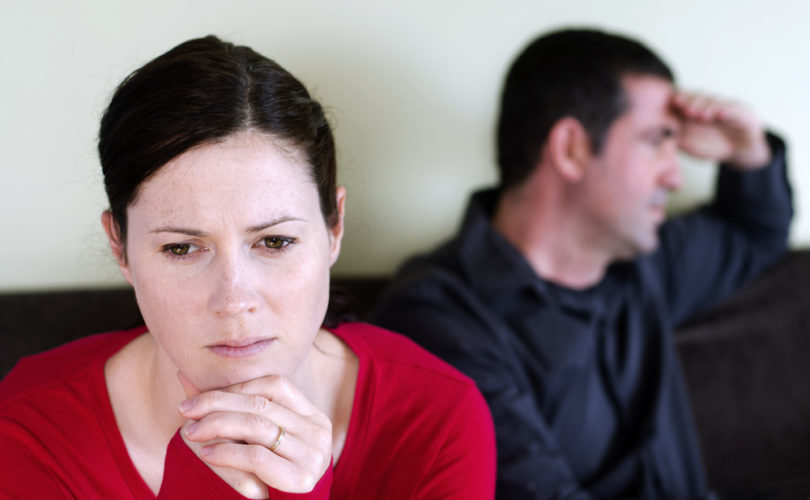 April 15, 2020 (LifeSiteNews) – The world into which we send our young people is unlike our ancestors’ world in many ways. It is organized on principles of reward and punishment that combine in an incoherent way, and therefore send mixed signals. In certain respects, it has become difficult to combine virtue and natural happiness with worldly success, and this creates painful choices.

Modernity likes to claim that the opposite is true: that it was our ancestors who suffered this dilemma on account of their “artificial” social conventions. Notably, these made sexual activity outside marriage less attractive, and that is something many people in all ages have been tempted to do. So, the modern argument goes, that was artificial, and everyone is better off now that those conventions have, for nearly everyone and for practical purposes, disappeared. People can do what they like, and this is obviously a good thing, isn’t it?

It is not, however, a foregone conclusion that satisfying our immediate, natural, sexual desires is compatible with our dearest long-term objectives. The question requires some serious thought.

It is overwhelmingly likely for each person embarking on adult life that he or she will at some point want to marry and have children. Setting aside the possibility of a religious vocation, most people do marry, and many of those who do not would have liked to do so. This includes many who dismissed the thought at a younger age, so it is not a possibility that should lightly be excluded in advance. For women, the desire to have children has a particular tendency to catch up with you.

The demands of full-time education and modern social convention have pushed the age at first marriage upward. In 2018, it was 27.8 for women in the USA, and two years later for men. This leaves young men and women with something like a decade of adulthood before marriage. What kind of romantic relationships can you or should you have during that long interval?

The normal answer is to “have fun,” and the modern claim, essentially, is that there is no downside to this lifestyle. To resist it, on the contrary, is in most social settings to make oneself not so much a rebel as an anti-social freak. The standard lifestyle of serial monogamy shading into promiscuity does have drawbacks, however.

The first and most obvious consideration is physical. A decade of sexual activity during one’s time of peak fertility will naturally lead to pregnancy. That is not usually part of the plan, so this lifestyle implies long-term commitment to contraception. This amount of time using contraception means that what seems on paper like negligible levels of contraceptive failure are far from negligible, and the same goes for sexually-transmitted disease. In the case of pregnancy, this means that the culture of consequence-free sex must also be a culture of abortion.

The only forms of contraception that a woman can control herself are those with potentially bad consequences for her health, and especially for her future fertility. Again, this might seem a negligible issue, but use them for 10 years and the probabilities start adding up. Readers can do internet searches for themselves.

From a psychological perspective, consequence-free sex is not, in reality, free of emotional consequences. The heartbreak, betrayal, jealousy, and disappointment that are part and parcel of this lifestyle are, we are told by the modern ideology, the price you have to pay for emotionally rewarding relationships. This is at right angles to the truth. Yes, emotional engagement with another human being brings with it the possibility of betrayal, but the likelihood of betrayal is the result of a lack of real commitment. The only possible answer to this difficulty is to try to hold back from emotional involvement as much as possible. This is difficult, but practice makes perfect. After a decade or so of constant effort, it can be second nature to divorce sexuality from affection. This is not a training for marriage, however, but for divorce.

From a spiritual perspective, let us hope and pray that all of our young people repent of their youthful indiscretions when they finally get married. Many of the greatest saints have had much to repent, so this is certainly not impossible. But repentance of a serious sin requires recognizing that what one did was seriously wrong. One can never say it doesn’t matter too much because later repentance is possible. If it doesn’t matter, then later repentance is unnecessary. If one thinks it didn’t matter, later repentance is impossible. The reality is that a great many young Catholics get married without purifying their consciences, and therefore fail to gain the fullness of the graces of the sacrament.

A single mortal sin makes one lose the friendship of God, and brings to an end the life of grace. To spend a prolonged period in this state is not only bad because of the perhaps remote possibility of death. It is bad because it is death, the death of the soul.