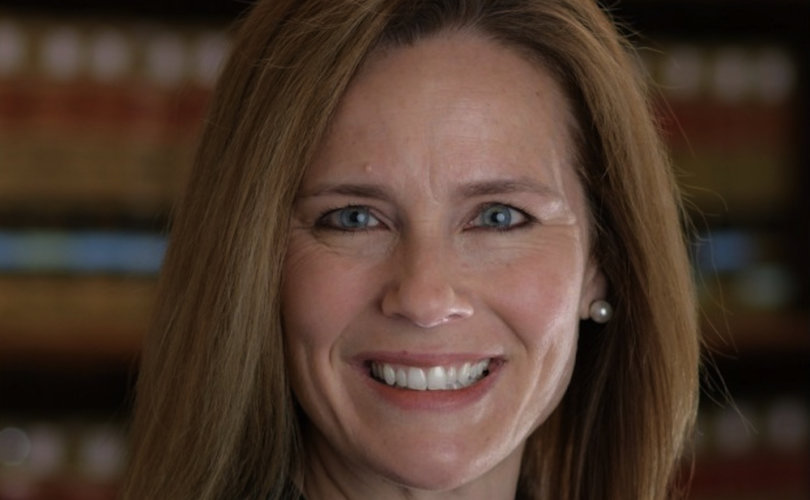 September 28, 2020 (LifeSiteNews) – Pro-life Americans assume that Ruth Bader Ginsberg was a hammer-and-tongs feminist who was a die-hard supporter of Roe v. Wade.  The truth is somewhat more … complicated.

Roe v. Wade predated Ginsberg’s service on the court, of course, and she originally—and correctly–considered it an example of judicial overreach.  In a 1993 speech to New York University School of Law students, she explained that the court should have stuck to the issue at hand—the constitutionality of the Texas law against abortion that was being challenged—instead of seizing the opportunity to touch each and every state law that touched on abortion.

Not that Ginsberg was opposed to the end sought by Roe v. Wade: legalized abortion throughout the United States. She wasn’t.  But she was honest enough to admit that the court had engaged in a raw act of judicial tyranny to get there, overriding the democrat process at the federal level and fashioning “a set of rules that displaced virtually every state law then in force.”

Ginsberg believed that this was a bridge too far: “A less encompassing Roe, one that merely struck down the extreme Texas law and went no further on that day, I believe …, might have served to reduce rather than to fuel controversy.”

She also felt that Roe v. Wade “halted a political process [in favor of abortion rights] that was moving in a reform direction and thereby … prolonged divisiveness and deferred stable settlement of the issue.”

She was wrong, of course.  Abortion advocates were not then, and are not now, interested in a “stable settlement.”  Instead, their demands have become ever more extreme over time.  They have abandoned the “trimester formula” laid out in Roe in favor of abortion-on-demand up to the point of childbirth.  Indeed, we now have leading members of the Democrat party publicly promoting the killing of babies born alive after failed abortions.  Infanticide by any other name is still infanticide.

Ginsberg may have deplored the judicial overreach which led to Roe v. Wade, but she herself joined the court only to augment the ranks of those who practiced it.  She became a leading member of the cadre of “black-robed tyrants”—as Robert Bork called them—who were engaged in turning the Supreme Court into a second legislature, superior even to the U.S. Congress.

Amy Coney Barrett, by all reports, is made of sterner stuff.  The mothers of large families usually are.  When confirmed, she will help steer the court back to its proper constitutional role as a judicious watchdog against legislative and executive overreach.

This necessarily means voting to overturn Roe v. Wade, which is arguably the most notorious example of judicial overreach in the entire history of the court.  In a 2013 speech at the University of Notre Dame on the anniversary of Roe v. Wade, she accurately noted that the court’s reasoning “essentially permitted abortion on demand.”

Even leaving aside her personal “conviction” that “life begins at conception”—which both faith and scientific fact teach us is true–it is abundantly clear that she believes Roe vs. Wade was wrongly decided.

The only thing that now stands in the way of tossing out Roe is the notion of stare decisis—that once the Supreme Court has issued a ruling it must ever after abide by its own precedent.  Barrett has already disposed of this objection in no less than four separate articles.  In them, she argues that stare decisis may conflict with an “originalist” reading of the Constitution and, in addition, sometimes violates the due process clause.

(Expect Democrat senators to aggressively question Barrett on her views on stare decisis at next week’s hearing.  They will portray themselves as fierce defenders of what they will embrace as a sacred judicial principle rooted in longstanding tradition.)

Aside from support for pro-life legislation, what else might Christian conservatives expect to come from a Justice Barrett?

The first thing to note is that her ascension to the court will cement in place a solid majority of five conservative justices for years to come.  There is little doubt Barrett will close ranks with Justices Alito, Gorsuch, Thomas, and Kavanaugh on cases having to do with everything from 2nd Amendment rights and immigration, to executive power and Obamacare.

This means that the notoriously inconstant Chief Justice John Roberts will no longer hold the balance of power on the court.  Even better, the liberal troika of Kagan, Sotomayor, and Breyer will be reduced to writing impotent dissents.  (Breyer, by the way, just turned 82.  I wish the court’s senior justice many years of continued good health, but it is not improbable that President Trump, during his second term, may get to appoint an unprecedented fourth justice to the court.)

The first thing to go may be Obamacare, which will come before the Supreme Court for a third time this November.  We owe the survival of this legislative monstrosity to Chief Justice Roberts.  He joined the liberal wing of the court in 2012 in upholding Obamacare, offering the novel argument that the penalty for not having insurance was actually a “tax.” Barrett is on record in a 2017 Notre Dame University Law Review article saying that his opinion twisted the statute “beyond its plausible meaning.”

The new conservative majority will also protect the right of Americans to keep and bear arms.  Last year a case came before the 7th circuit, on which Barrett currently serves, concerning a law that bars those convicted of even a nonviolent felony from ever owning guns.  She dissented from the liberal majority on the grounds that those who would take away someone’s 2nd Amendment rights must prove that they are a present threat to society.

Barrett is also likely to be a reliable vote to uphold the President’s executive authority in matters of immigration.  She supported (in a dissent) Trump’s executive order requiring prospective immigrants to prove that they would not become a burden on the public.

Trump’s creation of a conservative supermajority on the Supreme Court in a single term is nothing short of miraculous.  Not only will it help to restore the proper balance between the three “separate but equal” branches of the federal government, it will have the added effect of reinvigorating the Tenth Amendment to the Constitution and returning power to the states.

For decades conservatives have been alarmed by the court’s increasing willingness to overstep its constitutional bounds and become an instrument of progressive oppression.

There is no more costly or poignant example of this kind of judicial tyranny than Roe v. Wade, which has condemned tens of millions of unborn Americans to an untimely death.

Not long after Amy Coney Barrett joins the court as Justice Barrett, I am convinced, America’s long national abortion nightmare will begin to come to an end.

The Founders will once again be able to sleep peacefully in their graves knowing that the constitutional order they designed over two centuries ago will survive for another generation.

And the precious unborn will once again be able to dream peacefully in the wombs of their mothers, safe from the scourge of abortion in much of America, until they are born into this blessed land.