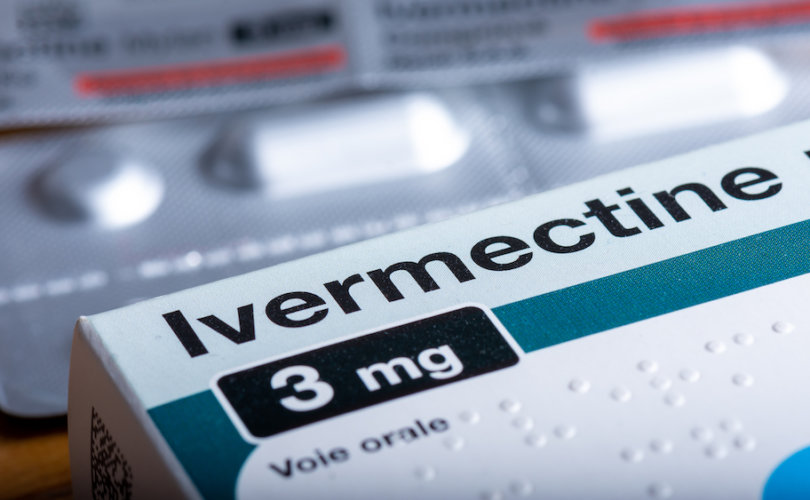 LIVERPOOL, England (LifeSiteNews) — Providence will occasionally place a man at a key juncture of history, a position of great moment where the fate of millions lies in his hands.

Andrew Hill, M.D., was just such a man, in just such a position. In October 2020 he was asked by the WHO to review the rapidly accumulating evidence that Ivermectin was a safe and effective treatment for COVID.

To say there was a lot riding on Hill’s findings was an understatement. If it turned out that this generic drug, cheap to manufacture and already widely available, could knock out COVID, then it could be rapidly deployed. Countless lives could be saved.

Hill seemed eminently qualified for his assigned task. A senior visiting Research Fellow in the Pharmacology Department at Liverpool University, he had been researching viruses and their treatments for 30 years. He was also, not incidentally, an advisor to the Bill and Melinda Gates Foundation as well as the Clinton Foundation.

No one would call Dr. Hill’s competence to perform such an evaluation into question. But, as we have seen throughout the COVID pandemic, competence is no substitute for character. Or for courage.

As Hill assembled his data, he was more and more impressed by what he found. He made a presentation to the NIH with other advocates of Ivermectin and spoke in favor of its use. On December 29, 2020, he wrote on Twitter that “Ivermectin is showing effects on viral clearance, hospitalization and survival across a wide range of randomized trials in different countries.” He even admitted that if his 58-year-old brother got COVID, he would give him Ivermectin.

He told the front-line doctors with whom he had been collaborating up to this point, who themselves had saved thousands of lives by using Ivermectin, that his report was almost ready. They were anxiously awaiting its release. And they weren’t the only ones.

Big Pharma was watching too. They had developed an experimental gene therapy to treat COVID. But this “vaccine”—as they were careful to refer to it—could not be approved by the FDA if there was an effective therapeutic drug available. If WHO said that Ivermectin was safe and effective, they stood to lose hundreds of billions of dollars in sales.

Dr Hill’s report, when it came out on January 18, 2021, was chock-full of evidence that this cheap, widely available drug was the weapon that humanity needed to defeat COVID. But instead of reaching the obvious conclusion, he punted: “Ivermectin should be validated in larger appropriately controlled randomized trials before the results are sufficient for review by regulatory authorities.”

As soon as Hill published his paper—in a preprint, rather than a refereed scholarly journal—as if on cue, a massive campaign to discredit Ivermectin was unleashed.

The front-line doctors were shocked and heartbroken. Why did Hill effectively kill the most promising therapeutic drug for treating COVID? Who had gotten to Hill? Who had forced this wrenching conclusion on him?

Dr. Tess Lawrie has now answered that question. In a brilliant 18-minute video (also available on Rumble here) she recounts her interactions with Andrew Hill, including video of a final Zoom call in which she begs him to rewrite the conclusion of his paper and save lives: “Come out in support of Ivermectin,” she pleads. “You know the science supports it. We can save lives. People are dying unnecessarily.”

Dr. Hill hems and haws and finally—with guilt written all over his face—says he will come out in favor of Ivermectin “in six weeks. … I’m doing everything I can.”

Hill didn’t come out in favor of Ivermectin in six weeks—or ever. Instead, he went full anti-Ivermectin. On October 1, 2021, we find him on Twitter advertising a lecture he was slated to give. It was entitled “Effects of Bias and Potential Medical Fraud in the Promotion of Ivermectin.’” The sell-out was complete.

So who were “those people,” as Dr. Lawrie calls them, who were paying Hill? She asks him repeatedly to tell her who pressured him to alter his conclusion. Again and again Hill bobs and weaves, telling her that he’s in “a tricky situation.” He finally admits, while looking away from the camera in embarrassment, that “Unitaid” had a hand in making revisions to his paper.

Now Unitaid happens to be the very health-related NGO that helped to sponsor Hill’s meta-analysis in the first place. His paymasters, if you will.

And Unitaid is a very big deal: an affiliate of the World Health Organization, it has awarded billions of dollars of research grants since its founding in 2006. And on January 12, 2021, just a few days before Andrew Hill torpedoed Ivermectin, Unitaid awarded another grant. It shoveled out $40 million in funding to Dr. Hill’s other paymasters, the University of Liverpool for a “long-acting medicines centre.”

Millions of families have had to bury a loved one because a cheap, safe, therapeutic drug called Ivermectin was denied to them. Instead, we had to become human guinea pigs for experimental gene therapy so Big Pharma can reap huge profits from guaranteed government contracts with zero liability for vaccine-related side-effects and deaths.

One of the most galling facts about this entire episode is that we all know, perfectly well, what the Andrew Hills and Anthony Faucis would do someone they loved or valued came down with COVID. After all, Hill himself admitted that if his 58-year-old brother came down with COVID he would give him Ivermectin.

But don’t you dare ask your doctor for it. He’ll tell you it’s a horse de-wormer.

Steven W. Mosher is the President of the Population Research Institute and the author of the Politically Incorrect Guide to Pandemics (Regnery Press, available for pre-order now)