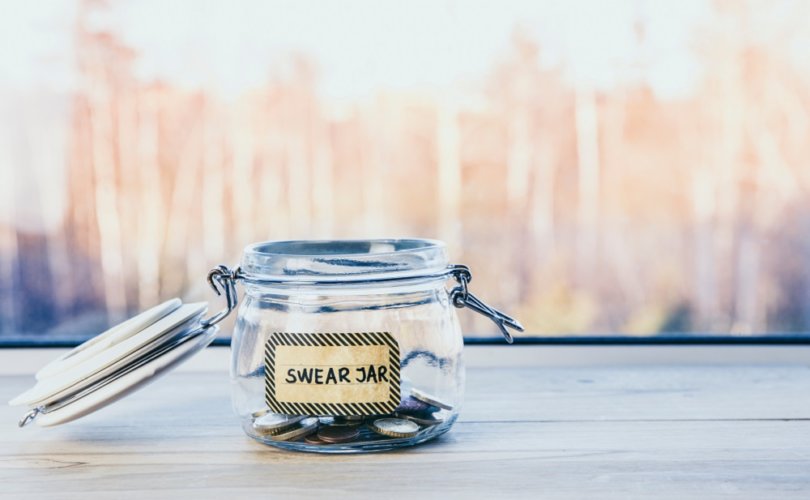 May 20, 2019 (LifeSiteNews) — The coffee meet-and-greet on Saturday, May 18 was supposed to be low-key. MPP Sam Oosterhoff was scheduled to show up at the Grimsby branch of the Canadian legion at 9 A.M., where constituents could show up with questions or concerns or just to say hello. A group of abortion activists, however, had other plans, none of which involved actually asking questions or expressing concerns in polite or civilized manner. Enraged by Oosterhoff’s recent speech at the Toronto March for Life, they decided to show their displeasure.

A few dozen men and women descended on the legion hall, chanting and shouting. Several of them sported the white bonnets and long red dresses of Margaret Atwood’s The Handmaid’s Tale, which delusional abortion activists lacking in both literacy and observation skills have decided is a pro-life parable. They ended up being the best-dressed ones there — one woman went entirely topless, presumably to protest objectification.

When Oosterhoff eventually attempted to leave in a pickup truck, the rabble decided to take action. As the Toronto Star put it:

The crowd didn’t let him go quietly, quickly surrounding the truck and refusing to budge. Protestors shouted at the two inside the truck, while a topless protester demonstrated outside the passenger window.

After about twenty minutes, with much shouting and at least one male protester prominently displaying the middle finger, the police finally arrived to clear a path for the vehicle. This display of crudeness, nudity, obscenity, and lawbreaking, of course, was considered a raging success by the feticide enthusiasts, who took to Twitter to celebrate.

They were congratulated by the federal NDP’s Charlie Angus, the longtime member of Parliament for Timmins-James Bay. Angus, who as recently as January mourned the “growing deterioration of civil discourse,” chortled that the “Minister for Incel got panicked” when the abortion activists showed up. This is the second time Angus, who has a strange obsession with Oosterhoff, has called the young politician an “incel,” the first being just after the MPP’s speech at the Toronto March for Life.

“Incel” is shorthand for “involuntary celibate,” referring to a male who cannot find a sexual partner. It isn’t clear what Angus is trying to get at here: is he mocking Oosterhoff’s Christian beliefs about sexuality? Is he insinuating that he thinks Oosterhoff is undesirable, an extremely weird thing for a politician pushing 60 to say about a much younger man? Or is he claiming that young men who do struggle to find a partner are somehow pathetic and worthy of ridicule? At any rate, Oosterhoff’s upcoming marriage is well known, so it appears that the only safe conclusion here is that Angus has fallen directly onto his face.

But thousands upon thousands of pro-life men, women, and children rallied across the country this past month from Victoria to Ottawa, and nobody took his clothes off. Nobody swore at the abortion activists who showed up to protest, and nobody blockaded anybody’s vehicle. That’s not simply because pro-lifers are aware that the media and the politicians will lie about them if given the chance. It is also because the difference between a movement built on love and compassion and a movement dedicated to selfishness and abortion is obvious simply by contrasting their public protests.

In this episode of The Van Maren Show, Jonathon van Maren and Lord Conrad Black have a conversation specifically about Donald Trump, starting with the most obvious question: “What made you write a biography about President Donald J. Trump?” Lord Black is best known for being the former publisher of The London Daily Telegraph, The Spectator, The Chicago Sun-Times, and The Jerusalem Post and the founder of Canada’s National Post. A commentator on both TV and radio, he has been one of the primary defenders of President Trump.