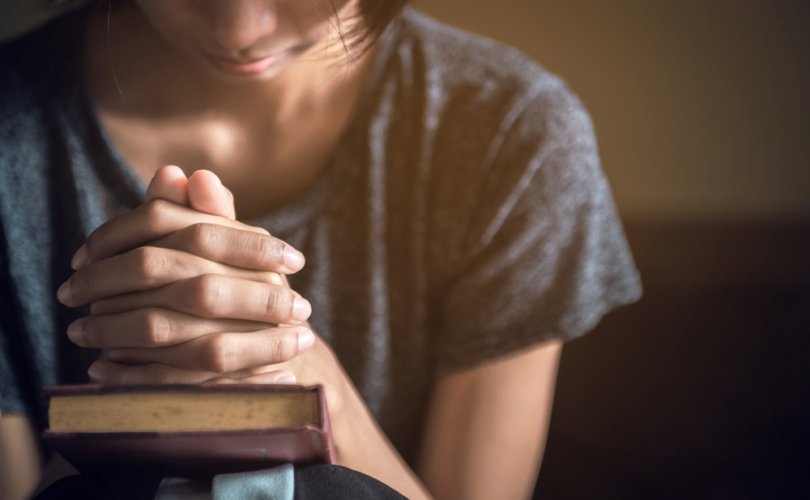 December 24, 2020 (LifeSiteNews) — The end of the calendar year is a time when a certain melancholy tends to grip people, since it puts before our faces the inevitable passage of time that brings death ever closer. This momentary awareness of the evanescence of all things at least partly explains why there is so much merrymaking that often ends in drunkenness, stupor. Nothing is easier, it seems, than drinking away mortality, which is as effective an “antidote” as gulping down blood-thinning pills while bleeding.

St. John Chrysostom, that fearless preacher of the early Church, frequently reminded the Christians of Antioch that they needed to abandon the ways of their pagan neighbors and embrace a more moderate, but for that reason more joyful, way of life (this much the ancient Stoics, Epicureans, and Christians had in common). Like all the Church Fathers, he was familiar with the widespread phenomenon of more-or-less committed believers succumbing to the boisterous peer pressure of their unbelieving compatriots — the social recidivism by which, even against our conscience and our better selves, we go along with the bad customs of our times.

Here is what the golden-mouthed archbishop had to say:

Unhappy those houses which are but little removed from resorts of pleasure. Let all such things, I beseech you, be removed from among you. Let the houses of the Christian, and of the baptised, be free from the devil’s chorus: let it be refined, hospitable, and sanctified by earnest prayer: let you come together for psalms and hymns and spiritual singing. Let the word of God, and the sign of Christ, be in your heart, and on your lips and brow, in your eating and in your drinking, in your conversations, at the baths, in your chambers, in your coming and in your going, in joy and in sadness; so that according to the teaching of the most blessed Paul: whether you eat or drink, or whatever else you do, do all in the Name of Our Lord Jesus Christ (1 Cor. 1:31; Col. 3:17), Who has called you to His grace. For it is He that has given you pardon for your past offences, and promises you reward for your amended lives.

In her mighty centuries-long struggle with idolatry and heresy, the early Church took seriously her obligation to send up orthodox praises to the Lord on high holy days. This is an occupation fit for a king — namely, for each of the baptized. In an article at New Liturgical Movement, Gregory DiPippo notes that the early Christians were keenly aware that their manner of “ringing in the new year” was decisively different from that of the pagans who surrounded them and who lost no opportunity to indulge in hedonistic idol veneration.

The Roman Rite has preserved a few traces of the early Christian reaction to the pagan celebration of the New Year; in the traditional Ambrosian Rite, this aspect of the day is far more pronounced. At Vespers, Psalm 95 is sung with the antiphon “All the gods of the nations are demons; but our God made the heavens,” and Psalm 96 with the antiphon “Let all those who worship the idols be confounded, and those who glory in their statues.” The first prayer of Vespers and of the Mass reads, “Almighty and everlasting God, who commandest that those who share in thy table abstain from the banquets of the devil, grant, we ask, to thy people, that, casting away the taste of death-bearing profanity, we may come with pure minds to the feast of eternal salvation.” All seven of the antiphons of Matins, and most of those of Lauds, refer to the rejection of idol worship. In the Ambrosian rite, there are two readings before the Gospel; on the Circumcision, the first of these is the opening of the “letter of Jeremiah” (Baruch 6, 1–6 in the Vulgate), in which the prophet exhorts the people not to bow before the idols of the Babylonians. The great antiquity of this tradition is shown by the fact that this reading is preserved in the Ambrosian Missal in the text of the Old Latin version, rather than that of the Vulgate.

In spite of paying so much lip service to Christian antiquity, twentieth-century Church reformers showed a remarkable tendency to adopt modern laxity in place of ancient rigor, to abbreviate prayer rather than to amplify it, to adopt the world’s notion of “celebration” in place of the Gospel’s call to repentance and the imitation of Christ.

Have you ever stopped to ask yourself why, for centuries upon centuries, Catholics spoke of “offering the Holy Sacrifice,” whereas after the Council, people only ever seem to talk about “celebrating Mass,” or even “celebrating Eucharist” (a linguistic barbarism)? In modern times, as Josef Pieper points out, few people have tasted real festivity — the festal embrace of life as a gift from God, to be returned to Him “with interest” in the form of solemn worship followed by social gatherings, singing, and feasting in one another’s company. Rather, moderns are acquainted only with relaxation from work, dissipation in their “holidays,” and the somewhat grim determination to evade ennui and depression.

Just about every psychiatrist worth his salt has rediscovered a piece of ancient wisdom: the best way to overcome the doldrums that afflict us in our mortality is to cultivate gratitude. Rather than murmur about how bad things are (for, without a doubt, in this vale of tears, there will always be plenty to complain about!), why not stop and think of several things to be grateful for? St. Paul tells us: “In all things give thanks; for this is the will of God in Christ Jesus concerning you all” (1 Thess. 5:18). Those who practice a “gratitude journal” find that it changes them for the better.

Let’s go one step farther. Instead of repeating the mantra “woe is me,” why not calmly and slowly repeat the prayer: “Lord Jesus Christ, Son of God, have mercy on me, a sinner”? In place of drinking to oblivion, why not withdraw to your chamber and pray to your Father in secret, who will give you to drink of a source that the world does not know? When we have tithed our time to God, there will be time enough for the company of friends and family, but this time with a sense of meaning and fulfillment.

Since the fourth century, the Catholic Church has chanted the great Ambrosian hymn of thanksgiving, the Te Deum, as part of the Divine Office, as well as on special occasions such as the consecration of a bishop; the canonization of a saint; religious professions; and, back when kings and queens ruled the earth, at royal coronations. One such special occasion is New Year’s Eve, when it is customary to sing or receite the Te Deum to thank God for His blessings in the year just ending, and to ask His blessing for the year ahead. The Church even attaches a plenary indulgence to this practice. The text of the hymn can be found in many places online (such as here).

Wouldn’t this be a better way to ring out the old and ring in the new?