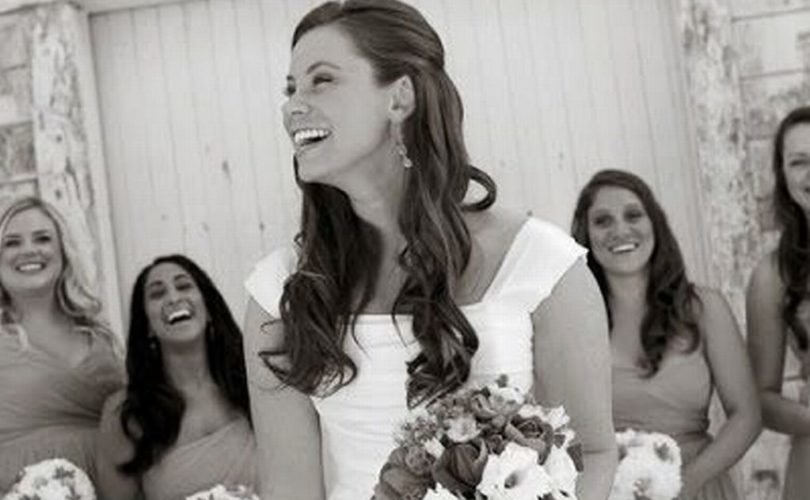 Merriam-Webster’s online dictionary describes “euphemism” as a “mild or pleasant word or phrase that is used instead of one that is unpleasant or offensive.”

This always has been – and I am certain always will be – one of the strongest weapons the culture of death will use to contain and keep hidden their lies.

For example, the name Planned Parenthood sounds pleasant, but if you really describe what happens there, you discover they don’t help people plan parenthood at all. They end parenthood for all who walk through their doors. They hide behind their pretty name to mask that they are nothing more than a killing factory that hires executioners that they refer to as “doctors.”

With Brittany Maynard, people rallied behind her and helped push her off the ledge.  Compassion and Choices didn’t give Brittany a platform to share her cause, they gave her a ledge to further their own.

MTV became popular when I was a teenager. One slogan on their commercials was “Be responsible; use a condom.” They took the word “responsible,” which is something every child was told to be by their parents, and they robbed it of its real meaning. Interesting that in the last ten years, their new commercials say, “Be responsible; get tested.” What should that say to those who believed their lie 20 years ago? It should say that they are admitting they were wrong and yet they’re still hiding behind the euphemism “responsible.” Teens, who used condoms, weren’t protected and got STD’s even though they were following MTV’s guidelines of being “responsible.” Whoops, I shouldn’t have said STD’s (sexually transmitted diseases). The culture of death has euphemized that too, to sound a little less scary. The new name is STI (sexually transmitted infections).

We can also add safe sex, or as they had to re-term it “safer sex,” to the list.  This kind of trickery is nothing new. And, we can now add another that has been making headlines lately to the list of deceiving euphemisms. Although the group has been around for a while, it has finally made a name for itself in the public eye by placing a beautiful face named Brittany Maynard to their cause. It is the group Compassion and Choices, who promoted and advocated for the recent suicide of Brittany Maynard.

Here is how their website describes their mission: “Compassion & Choices is the leading nonprofit organization committed to helping everyone have the best death possible. We offer free consultation, planning resources, referrals and guidance, and across the nation we work to protect and expand options at the end of life.”

And when they describe their purpose, they share that their fourth goal is to, “Normalize accurate, unbiased language throughout the end-of-life choice discussion (‘aid in dying’ instead of ‘assisted suicide’).”

They don’t even make it a secret that they are playing games with the language they use, because calling it what it is, which is “assisted suicide,” just isn’t pretty enough.

Somehow, our culture has been sold on this language trap. When couched in pretty words, many in our culture feel it is perfectly acceptable to condone acts of violence, harmful procedures, and even suicide.

Recently, “Right Here, Right Now” radio host Patrick Madrid made an excellent point on his show about how we normally treat people who make an attempt at suicide. He said that if we saw a woman on top of a tall building saying she was going to jump, we would do everything in our power to stop her. We would exhaust time and recourses to talk the vulnerable person off the ledge.

However, with Brittany Maynard, people rallied behind her and helped push her off the ledge.  Compassion and Choices didn’t give Brittany a platform to share her cause, they gave her a ledge to further their own.

Brittany Maynard is not a hero in my eyes and her choice did not demonstrate courage. She was a vulnerable victim facing the hardest news of her life and was taken advantage of by people who hide behind fancy and pretty words. She is just one of the latest victims to the culture of death.

As I mentioned at the start of this blog, the Merriam-Webster Online Dictionary describes “euphemism” as a “mild or pleasant word or phrase that is used instead of one that is unpleasant or offensive.”

America, stop letting organizations hide behind pleasant and pretty words and let’s start demanding things be called by what they really are. Abortion and suicide are offensive and unpleasant acts. Let’s stop being deceived by language of trickery and euphemism and not be afraid to have adult conversations that don’t require sugar coatings to explain what is really taking place.