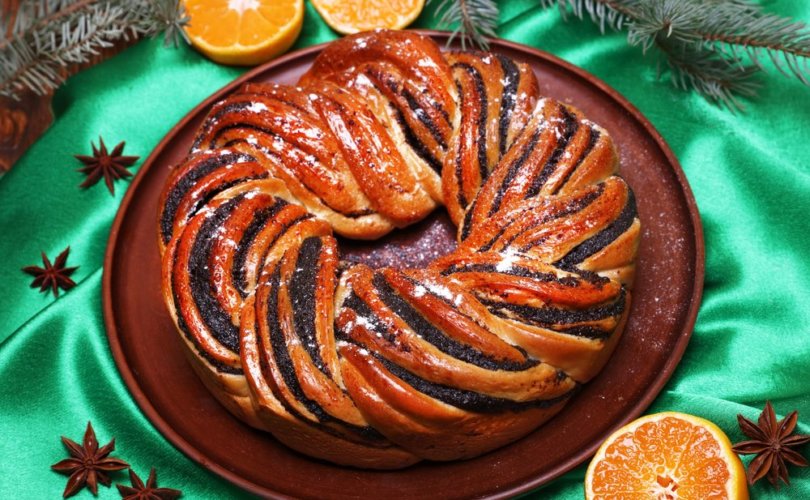 EDINBURGH, Scotland, December 20, 2017 (LifeSiteNews) – When a Scotsman asked me to marry him, I said I would as long as we could go home to my family in Canada every Christmas.

That was eight and a half years ago, and since then we have never been home with my family in Canada for Christmas. The price of airline tickets take off every December, leaving me and my husband firmly on this side of the Atlantic.

Some years richer members of the family join us in Scotland; some years we just exchange greetings over Skype. One Christmas Mark and I were in a small town in Italy, and I called Toronto on my mobile phone. Most of my family was in Quebec, but one of my sisters answered at my parents’ house.

“I have only enough money on my phone for one call,” I gabbled. “Merry Christmas!”

“Wow, and you called ME!” said my sister.

“This is the only family phone number I know by heart,” I said.

Now I have all my mother’s traditional Christmas recipes in one or more of three places: on my computer, on cue cards and in a hardcover pink notebook.

The pink notebook also has a lot of recipes my mother wouldn’t recognize. This is because five years ago Mark and I played host to an Edinburgh University student who thought it would be fun to stay on for Christmas instead of going home to Poland.

I wasn’t just thinking of my cinnamon bun hysteria. I was picturing the dark streets of Scotland’s Christmas Eve, a woeful contrast to the midnight traffic of millions of Polish Catholics heading for Mass.

As a matter of historical interest, most Scots didn’t celebrate Christmas between the Reformation and the 1950s. It was considered too Catholic by the Presbyterian majority. The biggest traditional holiday in Scotland is, in fact, Hogmanay, or New Year’s Eve, which has no obvious ties to the Catholicism of Scotland’s Middle Ages. In England, however, Christmas has almost always been acceptable to the Anglicans, and such English Christmas traditions–including an overwhelming interest in Christmas Dinner–have leaked north.

I share this interest in Christmas Dinner because the dishes I cook here, like the fruitcake I baked in November, are my ties to family Christmases back home in Canada. If my husband and I can’t eat with my family, at least we can eat what they’re eating.

Since traditional food keeps my homesickness at bay, I decided to make our student friend a traditional Polish Christmas Eve supper. This consists of twelve dishes that change slightly from region to region, family to family. As Christmas Eve is traditionally a day of fasting and abstinence in Poland, they don’t include meat. They’re served all at once on a white tablecloth, with straw sticking out here and there, to remind everyone of the manger.

Here is what I prepared for that Christmas Eve, five years ago:

By the time we all sat down at the table, I was full of admiration for Polish wives and mothers who pull off this culinary extravaganza every year. Later I found out that they don’t usually do it on their own. Nowadays, husbands and fathers contribute dishes, too, or different adult family members bring different courses with them when they all meet in one family house.

However, at that moment, I was just delighted that I had pulled off the feat of making a fellow foreigner his own traditional Christmas meal. Because even if we can’t celebrate Christmas at home with our families, we can at least experience the same tastes and smells we have shared with them.

Depending on where you live, you may have a better chance of finding wheatberries in health food stores than at your local supermarket.

Soak poppy seeds overnight in one bowl and wheatberries in another.

Rinse wheatberries and simmer in 3 cups of water, lid on pot, for 2+ hours, checking after an hour and a half to make sure they aren’t burning.* Drain. The grains should be very tender, but still a little chewy.

Scald poppy seeds in hot water, cook for three minutes and then dry. Grind to a milky paste with a hand blender. (Careful not to let them fly all over the kitchen!)

Drain nuts and raisins and chop.

Decorate with nuts and raisins.

*Nota Bene: When checking the cooking wheatberries, stand back when you take the lid off. The first time I made kutia, I got a bad burn from the steam. The mark lasted well after Christmas was over.