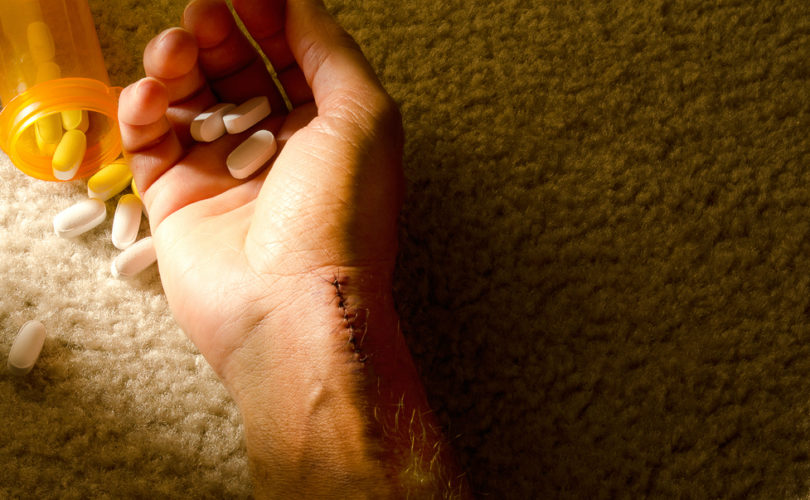 Nov. 16, 2015 (LifeSiteNews) – I’d like the defenders of euthanasia and so-called “death with dignity” to explain something to me. How is the legalization and relentless promotion of “assisted suicide” not the “glorification of suicide”?

I’m tired of all of transparently mindless babble about how “assisted suicide” is not a slippery slope. The phrase itself screams with denial: “Wanna kill yourself? Here, let us help you with that.” When helping people kill themselves is referred to as “end-of-life care” rather than “accomplice to murder,” who will be picking up the phone at the other end of the suicide prevention hot line?

Consider Laura, a healthy 24-year-old from Belgium. Doctors recently approved her request for euthanasia, because she had “suicidal thoughts.” The solution to suicidal thoughts is now suicide, apparently. One of Laura’s friends, who was also suicidal, had died by euthanasia some time previously.

The story hasn’t caused much of a stir, though. Five people a day die by euthanasia in Belgium, and reports have emerged that many elderly people are increasingly being killed without their consent, like aging house pets being put to sleep. For some reason, we’ve managed to abolish the death penalty for rapists and serial killers but approved the needle for the old, the sick, and the depressed.

And then there is the Netherlands, where a report noted that a minimum of 50% of those killed by euthanasia were suffering from depression at the time. The Dutch researchers didn’t find this a big deal, stating that there was no reason to believe that the death requests by these people were not thought through properly, as if requesting death was not in and of itself a sign of warped thought processes.

This is not some conspiracy theory, either. In 2013 the Dutch Health Minister Edith Schippers admitted that there had been at least 45 “psychiatric euthanasia deaths” in that year alone.

The impact of families can be tragic, as Tom Mortier can attest. He filed a lawsuit with the European Court of Human Rights to challenge Belgium’s euthanasia laws after doctors killed his mother because of “untreatable depression”—and nothing else. The heart-broken Mortier, who wasn’t even contacted by anyone, said his mother was depressed because of a recent break-up—and the doctors who killed her didn’t even have any psychiatric qualifications.

But where there’s death, there’s often money—from greedy heirs hoping to hasten the exit of their elderly parents, to the Swiss suicide groups who are cashing in on the suicide boom. Just last year, the Swiss suicide company Exit announced that they would be expanding their services to healthy people who struggle with depression or other forms of mental illness.

It was only a few years ago that a Canadian man was convicted of manslaughter for advising a woman with depression to commit suicide. With the Canadian Supreme Court’s recent ruling on euthanasia, it seems that such things are soon about to arrive in our healthcare system.

Everyone knows someone who has struggled with depression or mental illness. Most of us know people who have attempted suicide. And some of us have had the extraordinary privilege of having elderly relatives, with all their aged beauty and wisdom, to enrich our lives and our perspectives. I don’t exaggerate when I say that a euthanasia regime in Canada would pose a very real threat to many of the people we hold most dear, and greatly cheapen the lives of so many mothers and fathers, brothers and sisters, friends and loved ones.

Suicide, of all things, is not something we should be sending mixed signals about.

We don’t have to make a slippery slope argument. All we have to do is look to where euthanasia has already taken hold. There, we see medical practitioners busily digging graves at the bottom of the slope to accommodate the day’s fresh kills.