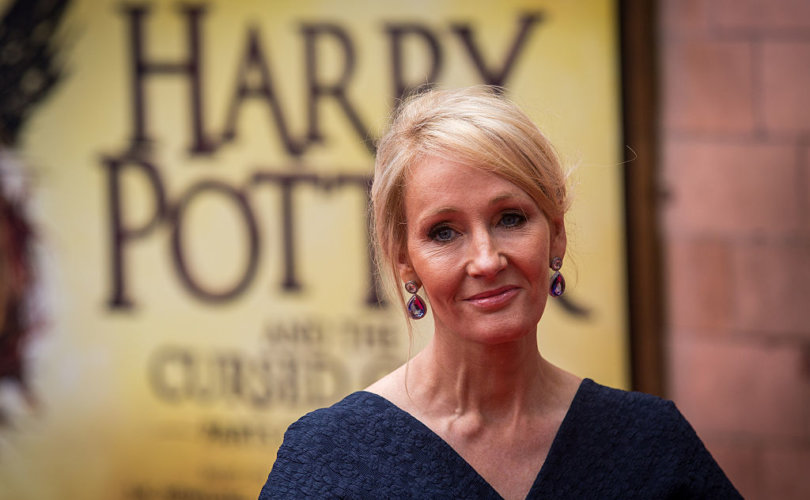 February 18, 2020 (LifeSiteNews) – As the transgender phenomenon continues to unfold, one of the questions I am most frequently asked is whether I think the momentum of the trans movement has an expiration date. Considering the staggering amount of territory trans activists have conquered in an incredibly short amount of time, can they be stopped? Will the silent majority (which does not think that men can get pregnant) push back, or will they ignore everything and go about their lives until society has been effectively restructured and the trans activists have succeeded in “breaking the binary”?

A year ago, I answered that question in this space by noting that the trans ideology is being imposed from the top-down, and that the majority of ordinary people do not actually believe that gender is fluid. In fact, the trans movement has actually attracted ire by seeking to aggressively persecute men like Harry Miller, who got a visit from the cops for retweeting a scathing poem mocking the trans movement’s claim that men identifying as women were, in fact, still men. In a recent positive turn of events, a UK judge ruled that the police visit represented a “disproportionate interference” with Miller’s freedom of speech and stated that “In this country, we have never had a Cheka, a Gestapo or a Stasi. We have never lived in an Orwellian society.”

I might quibble with that last one, but the fact that a judge was willing to say so is, at least, an encouraging development. And as I wrote earlier this year, the decision of Harry Potter author J.K. Rowling to send out a tweet in defense of Maya Forstater, the woman fired for expressing her view that men could not become women simply by identifying as women, was very significant due to Rowling’s impeccable progressive credentials and her enormous popularity. “Dress however you please,” Rowling tweeted. “Call yourself whatever you like. Sleep with any consenting adult who’ll have you. Live your best life in peace and security. But force women out of their jobs for stating that sex is real? #IStandWithMaya #ThisIsNotADrill.”

J.K. Rowling’s stance was significant because this was one of the first times that “cancel culture” attempted to take on a figure of this stature. Media hacks have been easy to cow, and politicians have been even easier. But J.K. Rowling is the billionaire creator of a fictional world beloved by millions, she’s worth more money than the Queen, and she doesn’t have to be pushed around if she doesn’t want to be. As it turned out, she wasn’t in the mood for the trans movement’s tactics, and they tried everything: Social media mobs, threatening press releases, and even a kind offer from GLAAD to re-educate her so she wouldn’t make such a dangerous mistake again. They even pulled their trump card and accused her of endangering the lives of young transgender people.

I went back to her twitter feed a few days ago to make sure that the tweet is still there, and it is. Despite the furious accusations, the livid op-eds in left-wing publications, and the last-resort blood libel, Rowling weathered the storm by simply ignoring it entirely, leaving her feed for a while, and then resuming her tweeting as if none of it had happened. The transgender blitzkrieg suddenly ran stuck as weapon after weapon failed. J.K. Rowling was not cancelled. Her fans did not hate her. Economic sanctions didn’t get implemented (and wouldn’t work.) That tweet, as simple a thing as it might seem to be, is a testament to the fact that the power of the trans mob can be broken.

Because what did Rowling do? She didn’t engage in a debate about gender, which the trans activists utilize to play an elaborate game of smoke and mirrors orchestrated by the magicians of the queer studies department and other educational fields of study producing far stranger fiction than Rowling ever has. She didn’t add the proviso that she understood where the trans activists were coming from, or that she would love to meet with GLAAD just to explain that she is, actually, a person of good will. She just simply stated her point of view, and ignored the storm. Eventually, the mob had to disperse before it became too obvious that their rage was impotent—and that they were losing.

I still do not know whether there is enough fight left in Western Civilization to push back against the transgender movement. I don’t know whether they will continue their conquest of our institutions almost unopposed, or whether ordinary people will get fed up and the backlash will come. But I do know that J.K. Rowling, of all people, showed everybody that it could be done. She showed everybody something that we all knew, but nobody seemed to say: That the transgender movement only possesses the power we give them. If people simply ignored their wild accusations and their attempts to cancel people for stating things out loud that virtually everybody believes, what would they do?

What if we all just stopped playing along?