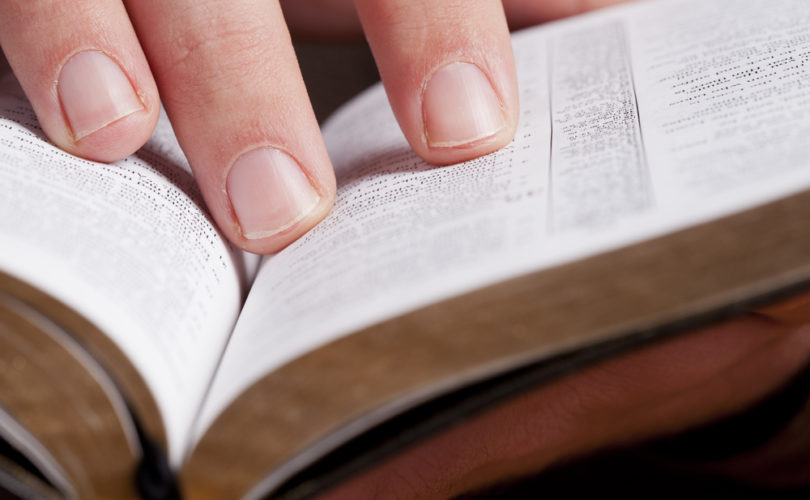 September 7, 2018 (LifeSiteNews) – The Dominican theologian Yves Congar—often on the progressive or liberal side of the spectrum during the Second Vatican Council period, but sound enough on many points nonetheless—gives a beautiful explanation of how lay people can, and indeed must, “preach,” yet not in a way that conflicts with or supplants the magisterial office of preaching entrusted directly and exclusively to the hierarchy of the Church (pope and bishops in themselves, priests and deacons by extension). And in a disconcerting time of obvious confusion among the very members of the hierarchy who are supposed to be exercising this office, the “preaching” of the laity—including their massive online presence—will assume a vastly greater importance.

This theme had already been set forth by Pope Leo XIII in his Encyclical Letter Sapientiae Christianae of 1890. Having reasserted that teaching with authority in Christ’s name belongs to the episcopacy, the pope then heads off a possible false conclusion:

No one, however, must entertain the notion that private individuals are prevented from taking some active part in this duty of teaching, especially those on whom God has bestowed gifts of mind with the strong wish of rendering themselves useful. . . . “All faithful Christians, but those chiefly who are in a prominent position, or engaged in teaching, we entreat, by the compassion of Jesus Christ, and enjoin by the authority of the same God and Saviour, that they bring aid to ward off and eliminate these errors from holy Church, and contribute their zealous help in spreading abroad the light of undefiled faith” (Vatican I, Dei Filius).

Let each one, therefore, bear in mind that he both can and should, so far as may be, preach the Catholic faith by the authority of his example, and by open and constant profession of the obligations it imposes. In respect, consequently, to the duties that bind us to God and the Church, it should be borne earnestly in mind that in propagating Christian truth and warding off errors, the zeal of the laity should, as far as possible, be brought actively into play.

When a person is baptized, he or she is baptized into the priesthood, prophetic office, and kingship of Christ the Lord; this is what we mean by “the universal priesthood of the faithful.” Owing to the sacramental character imprinted on the essence of their souls, Christians have the power to offer up to God their own bodies and souls, their labors and sufferings, the whole world groaning for salvation. This activity of self-oblation in union with the Savior of mankind and of striving to convert temporal realities to their evangelical finality should penetrate all aspects of daily life, though it will always face resistance from the world, the flesh, and the devil.

This, too, is how Saint Thomas understands the effects of the sacrament of confirmation (see Summa theologiae III, q. 72): every Christian, by virtue of the sacramental character imparted by this anointing, is given the strength to witness outwardly to the one true faith by his example of life, by teaching and apologetics, and by every kind of witness, including that of silent suffering.

For laity, as for sisters and contemplative religious who are not ordained, preaching obviously cannot mean formal preaching in the context of the liturgy. But if we have a deeper understanding of what it means to preach by taking the Gospel into the world and making it come alive by God’s grace, we will see that there is no limit to the number of ways the Good News can be spread and shared.

Every contemplative sister or brother who is praying for the true reform of the Church, the cleansing and sanctification of the clergy, and the success of lay people in their Christian work in the world has placed herself or himself at the service of the apostolic work of preaching. Without the prayers of contemplatives, these good works would never multiply or bear much fruit.

The mother and father in a family who teach their children about God, who introduce them to the life of Jesus and His Mother and the saints, are true heralds of the good news, transmitters of the deposit of faith, “teachers of truth and preachers of grace,” like Saint Dominic. By a natural, God-given right and duty, they serve as the first catechizers and preachers of the faith to their children, and to this extent, they possess a right and duty to impart orthodoxy and shun heresy that cannot be removed or superseded by any shepherd of the Church, although it goes without saying that the laity remain under the guidance and magisterial authority of their shepherds to the degree that the latter impart the word of truth.

Preaching to those trapped in error or unbelief will often be apologetical or argumentative, trying to show them the truth of the Catholic position. But it will also involve stirring up the questions to which only the Gospel—or better, the Person of Jesus Himself—can give definitive answers. Due to the spread of scientific and commercial materialism, there is a tremendous habitual ignorance of spiritual realities, a lack of wonder about God and the soul, a lack of the kind of questions that are fertile soil for the grace of conversion. Without hunger and thirst, the invitation to a banquet is unappealing.

Preaching to those who are already Catholic, whether nominally, marginally, confusedly, or sincerely, will tend on the other hand to be expositive and hortatory, an effort to lead them to a deeper understanding, together with a more consistent integration of faith and life. The best lay “preachers” will find ways to enkindle in Catholics an awareness of the astonishing array of gifts they received in baptism—above all, the power to receive Jesus Christ, true God and true man, in Holy Communion: “He who eats my flesh and drinks my blood, abides in me, and I in him” (Jn 6:56), and the tremendous mercy of the sacrament of confession, by which the same blood washes away our sins and restores or increases grace within our souls.

In all this, we can see the enormous power and responsibility of Catholic journalism and publishing across all media. It is part of the Church’s evangelizing mission, a true apostolate of handing on the Catholic faith received.

So, the next time you are tempted to complain about a bad homily you heard, or a pastor who is not living up to his office of preaching (whether because he is speaking falsehoods, failing to address anything of substance, or living in a way that contradicts the Catholic faith), you should pause, look within, and ask how well your own preaching is going—your commitment to prayer, your good example, and your words of witness.