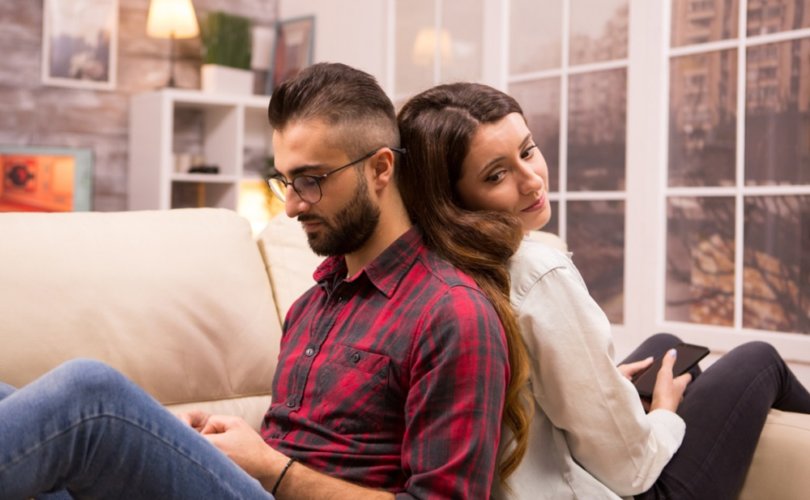 April 30, 2020 (LifeSiteNews) — Discussions of Natural Family Planning (NFP) often rapidly turn into a tug-of-war between strong proponents and strong opponents. On the one side, there are those who defend NFP as morally upright, a healthy practice from which couples positively benefit. On the other side, there are those who think NFP is a subtle form of contraception from which couples suffer loss, since they would always do better to “trust in God’s Providence alone.”

As I said in an article on the so-called “theology of the body,” so here, I find myself in sympathy with both sides — not because I agree simply with either, but because each is raising a relevant point while arguably failing to integrate the truth they see into a larger picture.

Without beating around the bush, let us admit, first of all, that selfishness or false priorities can lead to an abusive reliance on NFP, when it is chosen as a more natural way to avoid children. Godless hippies could do this because it’s environmentally sound and healthier for human bodies.

Nevertheless, NFP, even when chosen for selfish reasons, cannot be (or be called) “contraceptive” in an unqualified sense. In its moral species, contraception is intrinsically or per se immoral because it directly and categorically opposes one of the defining goods of marriage. NFP is more ambivalent and ambiguous: by consulting natural rhythms, the couple is not doing anything to the natural act to thwart its procreative end. To have intercourse during infertile periods is in no way an act of violence or obstruction against the generative powers of the human person, since these powers themselves, by divine design, are sometimes capable of leading to conception and sometimes not. Neither the act (or rather, non-act) of abstaining during fertile times nor the act of coming together during infertile times violates the procreative nature of the sexual act as intended by the Creator, whereas the use of contraception obviously does, as its very name indicates: contra-[con]ception. For that reason, contraception, by interfering with a natural process, is inherently against nature, whereas NFP is in accord with the order of creation, since periods of fertility and infertility are natural rhythms of the woman’s body.

That being said, “naturalness” is not the only relevant aspect to consider; it establishes the context but does not complete the analysis of the free human act. One must ask the properly moral question: is this (admittedly natural) approach to regulating procreation being used for a good reason or for a bad reason? When used in circumstances that are not serious in comparison to the primary end of the great vocation of marriage in the Church, NFP is being abused.

Let me offer some concrete examples. Sometimes a newly married Catholic couple will say they want to “enjoy each other’s company” or “get used to being married” for some time before they shoulder the burden of children. Sometimes spouses want to postpone children so both can pursue graduate degrees simultaneously. Sometimes the virtue of “prudence” is tied to assumptions of an upper-middle-class American lifestyle — e.g., an annual expensive vacation, the ability to pay in full for college tuition, or maintaining the mother’s career outside the home.

Such intentions do not seem honorable when weighed against the serious obligations of the state of life into which the spouses have solemnly entered. The doctorate-seeking couple, for instance, might be better off postponing or forgoing marriage if their scholarly work is believed to be of such importance that they feel it could not be interrupted, or, in some cases, canceled out, by a sacrament whose fruitfulness in imitation of the fruitful love of Christ and the Church would become the primary form of their sanctification, their primary calling in life. It could almost be called a sacrilege to set the chief good of marriage at a level below that of personal ambitions and private goods, however legitimate these may be at the right time and place.

As Donald Asci explains in his unsurpassed treatment, NFP involves a moral imperfection, that is, a sin, when there is an anti-life will — in other words, if the conception of a child is actually nilled, or willed against. A rough and ready way to see if an anti-life will is present is to formulate the question: were a couple to conceive a child “by accident” or “unexpectedly” (from their vantage), would they welcome their child with joy as a gift from God? If they can honestly answer yes, then even the avoidance of conception via NFP is not the expression of an anti-life will. If they would answer no, or feel uncertain of the answer, we are most likely dealing with a contraceptive intention. (See this article for further thoughts along these lines.)

Yes, these questions have a subjective dimension, and, given the nature of things, they have to have a subjective dimension to them. God deals with human beings as individuals, as personal subjects. God does not care too much when Rover dies, as long as dogs remain (cf. 1 Cor. 9:9). But God cares very much when Peter, James, John, Salome, Magdalene, or Lydia dies. The only ever-valid, universally binding law — the one altogether objective law — is the law of charity, which confronts the subjectivity of each person with a question that only that person can answer. Unlike modern governments, the Lord does not view people as numbered taxpayers or draftable soldiers. He views each one with a father’s love, and He asks of each what each is ready and able to give for the common good of the Church and the world. Assuming that spouses are abiding by the teaching of Humanae Vitae, there is one and only one law by which we are judged, and that is the law of charity, which is addressed to the heart of each person. There can be no compromise or evasion when it comes to the demands of this law, which includes the unreserved gift of self in marriage.

Should a couple have as many children as the Lord sends them, without a thought for when they come? Would they be prudent to postpone the next child because the father is unemployed or the mother is physically weak or psychologically overwhelmed at a given juncture in life? Or might they delay the next child by remaining continent instead of using NFP; or take up a longer period of continence in order to devote more time to prayer, study, teaching, hospitality, or some other ministry for which a desire has been planted within them by the Lord [1]?

In regard to any particular choice to make or path to follow, there is and can be only one criterion of discernment and judgment: Does this choice or this path — thinking about it, choosing it, living it—have the effect of increasing my charity for God and for my spouse and family, bringing me closer to them and making me more responsive to their needs and rights? Does it make of me a more prayerful and a more loving person?

This is a question that has to be asked constantly by all Christians; it is the ultimate examination of conscience.

[1] Regarding this point, the history of the Church has offered numerous examples of saintly couples who have lived their married life in continency. I know couples for whom such a life has proved immensely fruitful in spiritual goods. Most modern Catholic writers on marriage dismiss this kind of married life as a regrettable holdover from Manichaeism, when, in fact, it is a legitimate way of life if the Lord is calling the spouses to it. To assert that married couples must continue their procreative uniting is an arbitrary assertion that fails to take into account the mysterious working of the Holy Spirit in the sanctuaries of His temples.