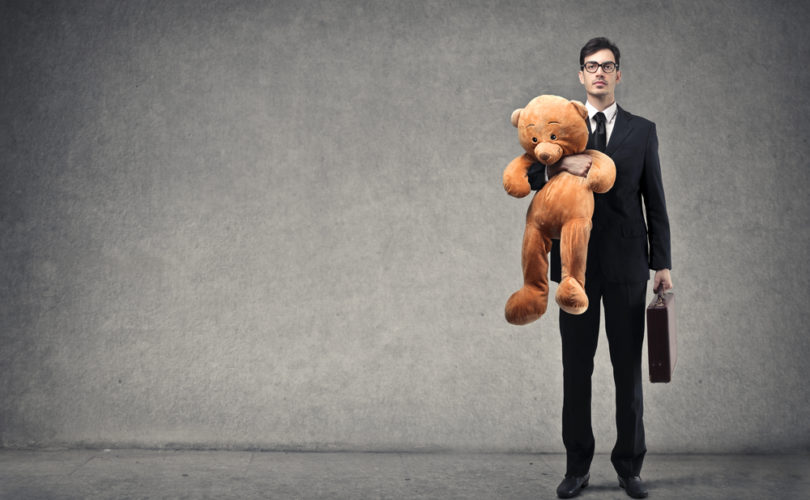 'Adult entertainment' may be the ultimate misnomer.

Is this really what should typify a “gentleman”?

Pornography is often classified, along with other sexually oriented businesses, as “adult” entertainment—something for “mature” audiences. If this meant that these kinds of entertainment are “not suitable for children” then few would protest.

That said, it would be foolish to use this as an argument that pornography is suitable for adults. Heroin and methamphetamines are also “not suitable for children,” but this does not mean, ipso facto, that they are healthy for those over the age of 18.

One way we use the term “mature” is when talking about reaching a final or desired state. We speak of “mature wine” as wine that has reached its peak fermentation and is ready to be consumed. We also use the word “mature” to speak of someone who has “grown up” in his or her behaviors and attitudes—they don’t display the impetuousness and naivety of youth. This is clearly what the patrons of strip clubs are doing by calling these establishments “gentlemen’s clubs”: they are insinuating that the activities that go on are part of manly, refined behaviors.

Dopamine and the brain

Ask any neuroscientist what a “mature” human brain looks like, and he or she will likely talk to you about a region of the brain known as the prefrontal cortex. It is located directly behind the forehead and serves as the managerial center of the brain. It is responsible for our willpower, regulating our behavior, and making decisions based on wisdom and principles. When emotions, impulses, and urges surge from the midbrain, the lobes in the prefrontal cortex are there to exercise “executive control” over them. By the age of 25, this region of the brain reaches maturity, meaning that our thinking becomes more sophisticated and we can regulate our emotions more easily.

The brain is designed in such a way to respond to sexual stimulation. Surges of dopamine are released during a sexual encounter—and yes, also pornographic encounters—giving the person a sharp sense of focus and an awareness of sexual craving. Dopamine helps to lay down memories in the brain, so the next time a man or woman is in the mood, the brain remembers where to return to experience the same pleasure: whether that be a loving spouse or the laptop in the den.

Why is it that Adult stores offer back entrances? Is it because their clientele are misunderstood revolutionaries who are plotting the demise of a sexually repressed society? Or is it much simpler than that? Is it because they know that such behavior is wrong?

When one considers the options, which activity sounds more “mature” and grown-up: Making love for a lifetime to one real flesh-and-blood woman whom you are eagerly serving and cherishing, despite all her faults and blemishes (and despite your own), or sneaking away at night to troll the Internet, flipping from woman to woman, from one 30 second teaser to another, for hours on end, pleasuring yourself as you bond to pixels on a screen?

No, indulging pornographic media and other forms of commercial sex are hardly befitting of the adjective “adult.” Actions speak louder than words—even when those words are five feet high, neon, and constitute the phrase “gentlemen's club.”

Pornography and its consequences
How pornography works: It hijacks the male brain