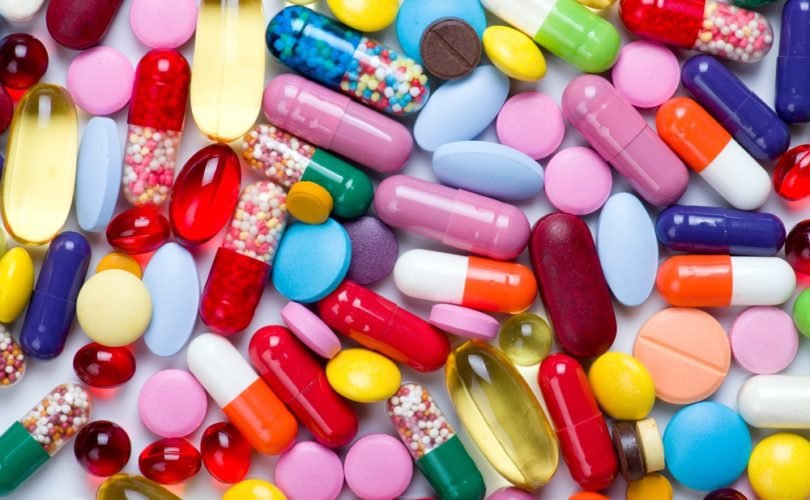 PARIS (LifeSiteNews) — A French veterinary surgeon who provided a fake prescription of lethal substances to a man suffering from Charcot’s disease (also known as Lou Gehrig’s disease) so that he could commit suicide was acquitted early last week of the crime of “forgery” because he acted in a “state of necessity.” The prescription was written out for an imaginary pet of the victim.

The recent judgment by the correctional tribunal of Angers, in the west of France, has triggered comments in all the major media, as it could have deep repercussions regarding end-of-life legislation. In deciding to excuse the veterinarian for his act of forgery, the court judges decided in substance that while the defendant committed an offense, he actually did so for a greater good: the death of his 59-year-old friend who was afraid of the physical decline that comes with amyotrophic lateral sclerosis (ALS).

There is much wrong with this decision in both the legal and moral senses, and the decision of the prosecutor’s office to appeal the acquittal on May 5th, even before having been provided with the judges’ motivation, was welcomed in pro-life circles.

Nevertheless, the political context in France is increasingly favorable to the legalization of “assisted death.” During his presidential campaign, President Emmanuel Macron made clear that the debate over euthanasia would be at the fore of his present mandate. During a meeting with a crowd of supporters near Paris, he told the partner of a man who is also suffering from ALS that he personally favored the “Belgian model” regarding euthanasia.

The Belgian law is one of the most “advanced” in the world, allowing both euthanasia and assisted suicide even for young minors (as long as they are capable of discernment), and the possibility of choosing to be killed in the absence of a terminal illness. People with psychiatric problems and even in some cases severe depression, linked for instance to a complicated personal history, increasingly obtain the necessary support from doctors to get a lethal injection.

In France, on the other hand, both euthanasia and assisted suicide are illegal, and this situation cannot change, in theory, through the evolution of case-law insofar as France has a written law system. But jurisprudence such as that of May 2 in Angers can put pressure both on judges faced with similar situations and on lawmakers.

“Terminal sedation,” on the other hand, has been legal since the 2016 so-called “Leonetti law” decriminalized killing a patient through the withdrawal of food and fluids on his demand or by a “collegial” doctor’s decision when the patient is unconscious and incapable of expressing his or her will. In fact, in the Angers case described above, the 59-year-old man, who had already thrice attempted to commit suicide, could most probably have obtained this cruel but legal procedure.

This would not have been the best reason for the judges to condemn the veterinary surgeon for his obviously illegal act of writing out a false prescription and then using it to provide his friend with two drugs for his suicide: an anxiolytic and pentobarbital, a substance used for the general anesthesia or euthanasia of animals. But at least it would have prevented portraying of his acts as a sort of unavoidable act of kindness and empathy.

The veterinary surgeon met his friend, Mr. G., who presented himself as a painter and a philosopher, in a café in 2018. Each found the other a congenial companion, and they went on to meet regularly, discussing ethics and the end of life. The veterinarian wrote out a false prescription in the late summer of that year: Mr. G. was already ill, and he had read that a Canadian drug trial showed good results in Lou Gehrig’s disease. As the patient was wary of doctors and the medical profession in general, the accused “helped” him by prescribing the new medicine.

It was not effective, and Mr. G’s condition worsened during the winter. He could no longer leave his home and made clear to his family and his veterinarian friend that he wanted to die before more severe decline would “inevitably” set in. After hesitating for a time, the veterinary doctor ended up writing a lethal prescription. In March 2019, the patient took the medicine but was treated and survived. The prescription was renewed, and in May of the same year, Mr. G took the drugs and was discovered lifeless in his home. He had left his will near his bed, as well as a handwritten note reading: “Do let me go this time!”

The veterinarian was soon identified by the police, and he made no mystery of having faked the prescription, arguing that he merely wanted to give his friend “the means and the freedom” to “choose his own time,” while he was still in full possession of his consciousness.

He was at first charged with both attempted murder and murder, but the investigating judge was certain to dismiss the case because the accused had not himself administered the poison. Because of France’s written law system, one can be judged only for the offense that has been identified by the prosecution. The public prosecutor then chose a secondary indictment accusing the veterinarian of the offenses of “forgery” and “use of forgery.”

Several witnesses, including the ex-wife of the deceased and members of his family, testified that he had clearly expressed his will to die “before disease imprisoned him in his body.” They also told the court that he had tried to commit suicide by self-mutilation, taking medication, or drowning.

The prosecutor asked for a four-month suspended prison sentence, but the accused’s legal counsel, Antoine Barret, used a concept that entered into French law in 1898 when a court acquitted a woman who had stolen bread to feed her starving children because she was “in a state of necessity.” The principle by which a person who accomplishes a “necessary” punishable or criminal act when “facing imminent danger to him or herself, to a third person, or to property,” is deemed “not criminally responsible,” formally entered the French penal code about a century later. The principle holds provided there is no “disproportion” between “the means employed and the seriousness of the threat.”

Barret argued that his client had only sought to liberate his friend from the “danger” he was facing: “imminent and unavoidable suffering of a particularly cruel nature.” Both the lawyer and the veterinarian expressed their hope that the case would lead to the adoption of a liberal end-of-life law.

This argument is highly questionable: apart from the fact that death is the ultimate danger, ALS is a chronic disease so there was no emergency, while treatments do exist for the suffering it causes.

Nevertheless, the judges jumped on the reasoning and only took a few dozen minutes after the hearing to deliberate over their decision. They came back with an oral acquittal which they said they would motivate in their written judgment following the principle of the “state of necessity” invoked by the defendant’s lawyer.

In this case, the prosecution underscored that it was appealing the decision based on “necessity,” among others because the deceased had an alternative, having considered going to Belgium or Switzerland to obtain assisted suicide.

From this point of view, the procuring of pentobarbital by way of an illegal prescription was quite obviously the decision of an activist in favor of legal euthanasia and assisted suicide.

Emmanuel Hirsch, professor of medical ethics in Paris, commented that the decision “poses a problem” because a law already exists that allows “terminal sedation.” He added: “Transgressing the 2016 law on the rights of patients at the end of life for compassionate reasons raises many questions in itself. But to resort in addition to products used to euthanize animals is staggering.”

The consensus is that medical assistance at the end of life involves the responsibility of a doctor, who works with protocols that respect human dignity and prevent suffering.

Such reasoning already shows how the case of the “compassionate” veterinarian will probably be used to further the culture of death: it will most probably be argued that euthanasia is a supervised process that guarantees the dignity of the human person who wishes to choose the moment of death.

The pro-life movement Alliance Vita also commented on the “increasing used of Lou Gehrig’s disease in the end-of-life debate.” “It is unfair to suggest that patients suffering from such a pathology – that is admittedly very serious – have no other solution than suicide or euthanasia. This creates the risk of stigmatizing these patients, their relatives, and their caregivers. In reality, ALS patients do not experience clinical situations that are unmanageable for properly trained teams,” it added.