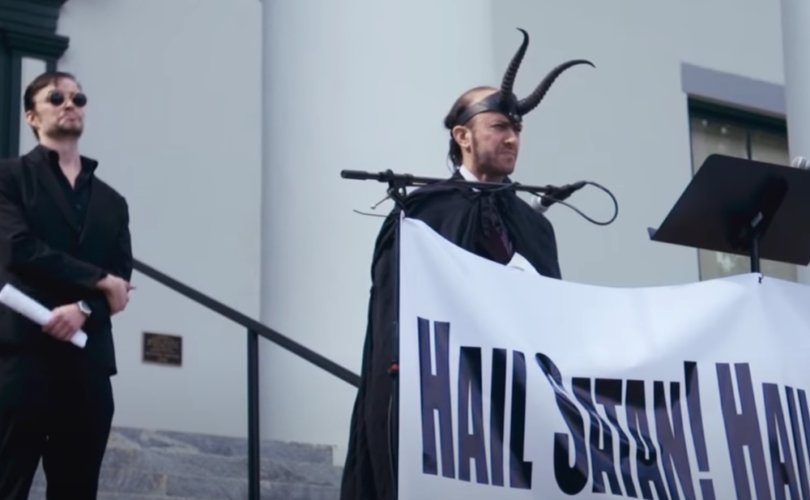 June 10, 2020 (LifeSiteNews) – One June 9, the U.S. 8th Circuit Court of Appeals dismissed a lawsuit launched by an anonymous woman, “Judy Doe,” against a Missouri law that requires abortion patients to receive a pamphlet noting that, “The life of each human being begins at conception. Abortion will terminate the life of a separate, unique, living human being.” Doe, who is a member of the Satanic Temple, argued that the law violated her religious freedom as a Satanist, claiming (erroneously) that the scientific facts laid out in the pamphlet were specifically Catholic beliefs.

This is the second loss for the downtrodden Satanist—the appeals court is agreeing with the ruling of a federal district judge in 2019—and the court highlighted the obvious fact that all viewpoints align with someone’s religious beliefs. “Any theory of when life [begins] necessarily aligns with some religious beliefs and not others,” the court stated. “So under Doe’s theory, Missouri’s only option would be to avoid legislating in this area altogether.”

That, of course, is the point. I suspect that this lawsuit has been coordinated carefully by the leadership of the Satanic Temple, as they have launched a concentrated effort in recent years to use religious liberty laws to defend the abortion industry and attack legislation they see as preferential to Christianity. One of the most popular documentaries of 2019, Hail Satan?, examined their attempts to use the neutrality of public spaces to have Satanic idols (which they refer to as “Baphomet”) installed next to Ten Commandments sculptures, claiming a right to equal representation.

The documentary’s director, Penny Lane, began the doc project as a sneering atheist but decided to join the Satanist ranks after spending time witnessing their strange rituals (one involved slamming a severed pig’s head onto a spike) and observing their dedication to abortion and their use of religious freedom laws as a Trojan horse to inject Satanism into the public square. They don’t actually believe Satan is a real person, the leaders insist, but are simply inspired by his “rebellion against tyranny.” By tyranny, of course, they mean God. (This isn’t new – progressive Saul Alinsky dedicated his Rules for Radicals to Lucifer, “the first radical known to man who rebelled against the establishment and did it so effectively that he at least won his own kingdom.”)

Lane’s conclusion after spending time with the Satanists? “The Satanic Temple is a look at what religion should be.” Her documentary made nearly every “must-watch” list in the mainstream media.

Lane does her best to portray the Satanists as merry pranksters tweaking the stupid fundy Christians and having a rip-roaring good time in the process. Even if the Devil doesn’t exist, the Satanists were sure to emphasize that he was an inspiring figure: He was the first rebel, and he stood for freedom—freedom, the film makes clear, from God, morality, and everything associated with Christianity. Many of the Satanists do not believe God exists, either, but they hate Him fervently nonetheless, and Lane breathlessly follows the bizarre, blasphemous rituals that the Satanic Temple invents and adopts for the sole purpose of expressing their deep hatred of the Christian faith.

This isn’t to say that the leaders of the Satanic Temple aren’t very, very smart. Lucien Graves, their creepy-looking leader, has turned his organization into a military vehicle of the culture war, launching hideous protests against pro-lifers outside abortion clinics (many of counter-protestors dressed up as adult babies who moan hideously while others flog them) and using religious liberty laws to demand that Satanism be given equal access to public schools, public prayers at legislatures, and equal space for imagery. My friends Monica Miller and Lynn Mills have been outside abortion clinics when the costumed Satanists show up, and their costumes and deportment are grotesque, sexual, and overtly evil.

Interestingly, the ability of the Satanic Temple to use America’s laws against Christianity is a case-in-point for the advocates of post-liberal conservatism such as Sohrab Ahmari, Patrick Deneen, and others. A system rooted in neutrality will eventually destroy itself. In fact, the Satanists consistently point out that the liberal system—pluralism—has no moral foundation that allows for the exclusion of Satanism. Thus, either Christianity goes, or Satan is honored alongside Christ. Diversity is our strength, or something.

In the meantime, the Satanists are continuing to go to bat for the abortion industry. Birds of a feather, and all that.

In the latest episode, African-American pro-life leader Ryan Bomberger speaks out about the harm being done by the Black Lives Matter organization and the best way to respond to the injustices that are happening in the U.S. and across the world.