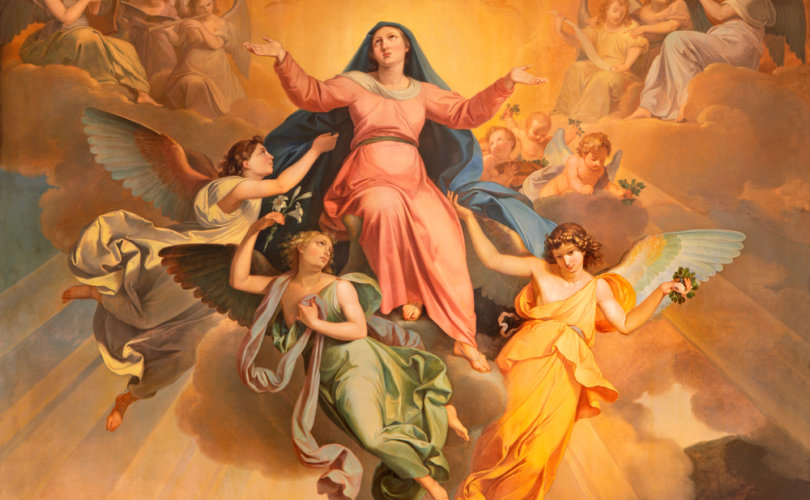 (LifeSiteNews) – On the traditional Roman liturgical calendar, August 22 is the feast of the Immaculate Heart of Mary, and May 31 is the feast of the Queenship of Mary. (In Belgium and some other places, there was a feast of Mary, Mediatrix of All Graces on this date, which expresses a similar idea.) In spite of the clear statement of the Second Vatican Council that “there must be no innovations unless the good of the Church genuinely and certainly requires them” (Sacrosanctum Concilium 23), the architects of the Novus Ordo decided to change nearly everything around, including many dates on the calendar of saints; so, for the modern papal rite of 1969, the Queenship of Mary was moved to August 22, and the Immaculate Heart of Mary was moved to the Saturday immediately after the Sacred Heart of Jesus.

I used to think this was a rare example of an improvement, although by no stretch of the imagination could it have been considered “genuinely and certainly required.”

But then I came to understand how the Western tradition understood the Assumption of the Virgin Mary, namely, in parallel to the Ascension of Jesus Christ her Son. Notice that the Ascension does not culminate in the feast of the Kingship of Christ. Rather, the liturgy emphasizes that Jesus in His glorified humanity comes before the Father to make everlasting intercession for us: the crucified and risen Savior pierces through the veil of the heavenly temple to bring a divinized human nature into perfect communion with the Eternal Father. In contrast, the kingship of Christ over creation and over all the tribes, tongues, peoples, and nations of mankind is traditionally celebrated at a different time, namely, the last Sunday of October, to emphasize that the renewal of creation begun in the Incarnation is continued by the saints who extend the conquest of Christ over time and space until the Parousia.

Similarly, the traditional Mass of the Assumption (prior to Pius XII’s replacement of it with a new set of Propers) emphasizes that Our Mother does not abandon us on earth, but goes before her Son to plead for us, her children. She bears our needs and prayers in her Immaculate Heart, and presents them to the Savior of us all. She is borne into heaven to emulate, enter into, and extend as Mediatrix of all graces the intercessory role of Jesus Christ, the one Mediator between God and man. Clearly the Ascension and the Assumption in the tradition of spiritual theology (one need only look at the homilies of St. Bernard of Clairvaux) are about Jesus and Mary going to the throne of God to make intercession for us—obviously in two different ways.

The month of May, on the other hand, is dedicated as a whole to Our Lady. It is traditionally observed with the “May Crowning,” hence it fittingly concludes with the feast of her Queenship. While in August emphasis is placed on her divinely-infused knowledge of our needs and her intercession for us in heaven; in May the emphasis is placed on her rulership over us on earth, analogous to the lordship of her Son. At the time of Our Lady’s coronation, she was endowed with all the powers of a Queen. Foremost among these various prerogatives—and the prerogative that Heaven has deemed fit to highlight for our age by means of Fatima—is the preeminence of Her Immaculate Heart. Therefore, it is most appropriate that the latter feast should fall on the octave day of the Assumption.

The fourth and fifth Glorious Mysteries of the Rosary are the Assumption and the Coronation, which might suggest that the liturgical calendar, too, should present these mysteries consecutively. But in the Rosary we are looking at Mary in herself—her glorification, parallel to her Son’s—whereas in the liturgy, the Church’s public prayer, we are looking at Mary in relation to the Mystical Body of Christ. Here, what is of primary importance is not her individual glorification but her maternal intercession exercised towards us. That is what the older calendrical arrangement brings out more clearly.

Several of the feasts we have been discussing are of very recent institution: Christ the King was instituted by Pius XI in 1925, the Immaculate Heart of Mary by Pius XII in 1944, and the Queenship of Mary again by Pius XII in 1954. So when we ask about the appropriateness of their calendrical placement, it’s not so much a matter of how long the feast has been on the calendar as it is of what makes the most theological sense. The Kingship and Queenship feasts accentuate the lofty esteem in which we hold Jesus and Mary, and look to strengthen their rulership over our hearts, our families, and our societies.

(One might add that there was, in some places, a feast of the Most Pure Heart of Mary for the Saturday after the Sacred Heart. In general, the old calendar, especially regionally or in religious orders, had many more feasts of Our Lord and Our Lady than the eviscerated new calendar does.)

For the sake of clarity, here is a chart that compares the old and new Marian feasts discussed in this article:

This short comparison of the placement of certain Marian feasts showcases the arbitrary and needless tampering with liturgical custom that took place in the 1960s. The problem will not be solved by doubling-down on the products of such tampering while simultaneously attempting to purge the world of every last traditional Catholic; nor can it find a satisfactory long-term solution in liturgical pluralism espoused for the sake of avoiding conflict, as in the model of political liberalism. The correct solution is to return decisively to a superior calendar.