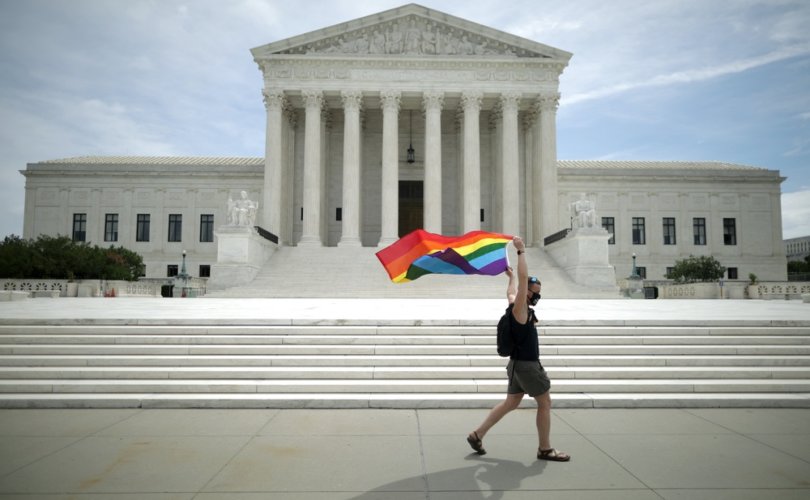 June 17, 2020 (LifeSiteNews) – In a devastating 6-3 ruling on Monday, the U.S. Supreme Court dealt religious liberty a brutal blow and handed the LGBT movement a victory that stunned even them by deciding that both “sexual orientation” and “gender identity” are protected under the 1964 Civil Rights Act. Antonin Scalia’s replacement Neil Gorsuch authored the majority opinion, and John Roberts joined him. President Donald Trump called it a “very powerful decision,” and most of the top GOP senators greeted the ruling with a collective shrug. Senators Ted Cruz and Josh Hawley offered criticism, but for the rest, it appears that Rod Dreher has been correct in his constant warnings that much of the Republican Party is disinterested in doing the tough work necessary to protect religious liberty.

To discuss the implications of the ruling, I contacted Dr. Darel E. Paul, professor of political science at Williams College and author of the essential book From Tolerance to Equality: How the Elites Brought America to Same-Sex Marriage, published by Baylor University Press. He writes regularly for First Things, and I’ve had him on my podcast several times to share his insights on the transformation of American values. He was kind enough to share his perspective once again.

How would you explain this Supreme Court decision in layman’s terms?

In a 6-3 decision, the Supreme Court in Bostock v. Clayton County decided that the word “sex” in Title VII of the famous 1964 Civil Rights Act—the section that deals with employment—must be understood to include both sexual orientation and gender identity (SOGI). President Trump’s first appointment to the Court, Justice Neil Gorsuch, wrote the majority opinion. This outcome was, suffice to say, quite a shock to conservatives. While social conservatives now worry over its implications for religious liberty and the state’s enforcement of progressive gender ideology, many liberal conservatives such as Mitt Romney and David French quickly reconciled themselves to the ruling.

What is the real-world impact of this Supreme Court decision for Christians and social conservatives?

The immediate effect is to effectively pass much of the Democratic Party’s Equality Act into law. This bill was passed by the Democrat-controlled House of Representatives in 2019 but never taken up by the Republican-controlled Senate. The Gorsuch majority in Bostock has thus effectively made an end run around the Congress and the President. During oral arguments in October 2019, Justice Alito proclaimed sarcastically to the attorneys for the plaintiffs, “We might as well just take the Equality Act and issue that as our opinion!” A prophetic statement indeed.

The short-term real-world impact, however, is small. The Bostock decision is limited to employment matters. About half the U.S. states and most of the largest cities in the other half already practice what the Gorsuch majority has now mandated. Thus much like the Supreme Court’s 2003 Lawrence decision striking down sodomy laws, this ruling is in some ways a mop-up operation against the few remaining resistors to the Sexual Revolution.

That being said, there will certainly be larger implications down the road that are thus far unknown. Observers on both the right and the left expect them to be sweeping. While currently limited to employment, there is no reason to believe this expansion of the word “sex” will not expand to public accommodations such as locker rooms or waxing salons, educational institutions and therefore to girls’ sports, and housing including room rental. Bostock will reshape federal law for years to come in ways that [will] increasingly marginalize social conservatives in the public sphere.

Why do you think so many of the Court’s conservatives voted the way that they did?

This case shows that it is too simplistic to break down the nine members of the Court into a “liberal” bloc and a “conservative” bloc. Justice Gorsuch adheres to the “textualist” school of Constitutional interpretation and goes on at considerable length in Bostock parsing the Title VII text “because of such individual’s … sex” to reach his decision. Justice Alito, another textualist on the Court, takes him to task precisely on textualist grounds. No matter which side of the arcane craft of “conservative” methods of interpretation you are on, it is now obvious that textualism is just a legal philosophy with no obvious relationship to conservative political or moral philosophy.

We don’t know why Justice Roberts voted the way he did. Many have speculated, however, that he did so less because he believes in Justice Gorsuch’s reasoning and more in order to ensure that Justice Ginsburg (the most senior justice in a hypothetical 5-person Bostock majority) did not assign the opinion to one of the more liberal members of the Court. By voting with the majority, Justice Roberts could ensure that Justice Gorsuch’s more limited textualist opinion would be the one that shaped American law rather than a culturally progressive opinion containing sweeping statements about human sexuality and social identity.

What are the potential implications for the Trump Administration?

President Trump has spent considerable effort since 2016 shoring up the white evangelical wing of his electoral base. His appointments to the courts are his primary—perhaps his only—positive argument to them for re-election. Now just five months before the election, the Court shows how limited even that victory is. Some are speculating that the disappointment arising from Bostock ends Trump’s re-election chances. Certainly he cannot win essential states like Ohio, North Carolina and Iowa without white evangelical votes.

Yet elections turn on negative as much as positive messages. Perhaps white evangelicals and other social conservatives will vote for Trump if only to stave off what they see as the more dangerous threat of a Democratic President (and perhaps Congress) picking up where the second Obama administration left off. I will simply echo Ross Douthat’s sentiment here: “so long as he remains in office, Trump will be an accelerant of the right’s erasure, an agent of its marginalization and defeat.” If social conservatives carry Trump to a second Electoral College win/popular vote loss, they will test the meaning of the phrase “Pyrrhic victory” as never before in American politics.

What do you think the implications of this decision are for Christians in politics, especially considering that judicial appointments have been the primary motivation for GOP voters for some time and do you believe that voting “for the courts” is still a viable political strategy for Christians seeking to protect religious liberty?

A primary strategy emphasizing religious liberty may yield temporary legal victories, but it is a stark loser socially and politically—and thus, eventually, even legally. Christians will have to start making moral, not merely procedural, arguments if they want to remain relevant in twenty-first century America. They will also have to embrace the suffering that will inevitably follow. This is especially true in professional-managerial class settings where social conservatism is becoming anathema. Consistently demanding exemptions on the grounds of what looks to much of the rest of the country like bigoted idiosyncrasies may save a school or a business today only to have it swept aside tomorrow by larger and more powerful cultural, social, political, and ultimately legal forces.

Jonathon’s new podcast, The Van Maren Show, is dedicated to telling the stories of the pro-life and pro-family movement. In his latest episode, he interviews Dale Ahlquist, famed Chesterton scholar and founder of the Chesterton society and the Chesterton schools, about what G.K. Chesterton would think of the state of the world, including the ongoing riots.