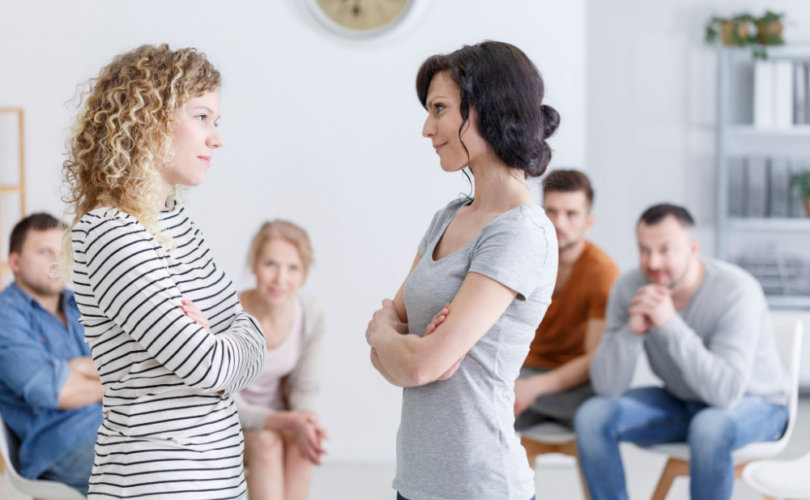 (LifeSiteNews) – If by now you weren’t aware, the whole COVID thing turned out to be a bit of a disaster, to say the least.

The original models were off … way off, and millions did not drop dead on the side of the road due to the most dangerous plague in the history of mankind. And it is not because of strict measures enacted by governments, because we can now say with certainty that Sweden, Florida, Belarus and South Dakota – to name a few – are not merely magical lands that exist beyond the Wardrobe but are real places where virtually no lockdowns were ever mandated.

If you are a Canadian like me, then perhaps you have heard of a nation called the United States of America, where even in the most locked down of places, they all but abandoned strict measures about a year before virtually every Canadian province. I can attest, after having just crossed the border, that upstate New York is not like a scene out of a zombie movie, and the streets are not lined with innumerable dead bodies, even though they dropped the COVID shenanigans long before Ontario.

If I am not mistaken, mass death never arrived in Texas either, even though Dr. Fauci was sure that the Lone Star State was doomed when they returned to full normal in April 2021.

Fauci can’t understand why Texas, despite binning masks and returning to normal life, is actually seeing a decrease in “cases”, hospitalisations and deaths. He seems baffled. Not sure why though because he also once claimed masks and lockdowns don’t work before flip-flopping. pic.twitter.com/AGNoaORoqF

In any case, our governments were wrong about COVID, and so were the majority of the news agencies. Whether it was predictions about death rates, or efficacy of vaccines, of the ever-changing prophecies of Dr. Anthony Fauci, things just don’t add up, and we were sold a bill of goods.

But what if you drank too much Kool-Aid?

Now, maybe you have known this for a long time, or maybe you just woke up to what was really happening a few days ago. Maybe when they told you to take your fourth jab you said to yourself, “I don’t remember having to take jabs every six months for all the other plagues … ”

Whatever the case, something in your gut has told you that you drank too much of the proverbial Kool-Aid, or you drank it for too long. And now, you want to stop or maybe you regret ever going along with it. Either way, you are stuck and now you have broken relationships, segregated family members, and you have missed more than two years of life with a bunch of jabs and nothing else to show for it.

How do you move forward?

Given all that has happened, you are asking yourself: “How can I ever move forward?”

Sadly, like many, you have had bitter arguments and falling outs with friends and family who you wrote off as irresponsible because they didn’t believe handkerchiefs over your mouth would stop an apocalypse. Or, even worse, you labeled everyone who didn’t get jabbed as an “anti-vaxxer” just because they weren’t comfortable with a jab that has been around for less time than Trudeau has been Prime Minister.

Maybe you repeated the lies about the “pandemic of the unvaccinated” but then stumbled upon the actual information from the government that showed the opposite.

The point is, now you want to move forward, and you don’t know how.

As much as I wish I could say there is a one-size-fits-all approach, there isn’t. That being said, there are some commonalities in many stories and this gives us a chance to consider concrete steps forward.

If you haven’t burned any bridges and haven’t hurled any insults or accusations at your COVID-skeptic loved ones, then moving forward and reconciling may mean that you should simply show up to a barbecue, without a mask on, and act like its 2019.

If you have been separated from the “anti-vaxxers” and miss their company, then when you do see them, just act normally and don’t mention COVID.

The funny thing is, most of those people that the media and politicians labeled as fringe extremists protested against mandatory health measures because they believe that people can make their own decisions and should be allowed to.

They usually did not have an issue with you masking or vaxxing in your personal life but took issue with obligatory measures that they were not comfortable with.

Some were motivated by love of liberty, others by a desire to attend Church, and some because they are on the granola side of things and are not OK with pharmaceutical intervention on a massive scale. In a word, these people are normal.

So, if you didn’t burn any bridges, then just be normal and all will likely be water under the bridge.

It’s not that simple

What if it is not that simple?

What if you hurled insults at your family members, or disinvited them from Christmas? Maybe you said some things on social media that you wish you could take back … but can’t.

It may be difficult to reconcile with people who were made to feel like lepers, especially if those feelings were heightened by the words and actions of immediate family members.

I can say from personal experience, it did not matter that the whole world lost its mind, but when an immediate family member said, “I’ll take the vax over you,” it was something that cut very deep.

If you find yourself in a similar situation, then I might suggest not brining COVID up at all. No one really cares if you still think the news agencies aren’t liars. Ultimately, they care if you prefer to see your loved ones on special occasions more than you care about pleasing Dr. Fauci and The Washington Post.

If you are in a position where you know it is time to reconcile with spurned friends and loved ones, I would encourage you to act fast, because those of us to were exiled by the people we cared about have largely reconciled with the fact that there are certain relationships that will never be recovered.

Can you really blame us?