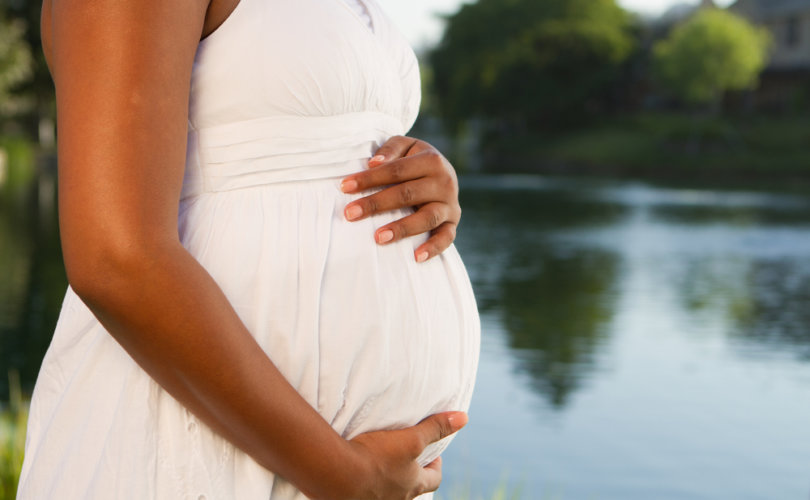 November 4, 2020 (LifeSiteNews) – According to Austin Ruse, an international expert on life and family affairs, UN lobbyist, and director of C-Fam, no administration has done more for the pro-life cause on the international stage than the Trump Administration. Most recently, the United States spearheaded the Geneva Declaration with 32 other nations to declare that abortion is not a human right. Now, C-Fam says that the Trump Administration has committed to actually enforcing the Mexico City Policy.

The Mexico City Policy, which prohibits U.S. aid dollars from funding abortion overseas, is generally repealed whenever a Democrat wins the White House and reinstated whenever a Republican retakes it. Reinstating this policy was one of the first things both George W. Bush and Donald Trump did after their inaugurations. But as it turns out, there has been very little teeth to the policy.

“Previous Republican administrations required foreign grant recipients to sign a pledge as a requirement to receive US funding that they would not perform or promote abortion with any funding source,” Ruse told me. “The Trump Administration is taking it a step further requiring organizations to have a policy in place that assures compliance.”

According to Ruse, the Mexico City Policy has been a bauble the GOP could give to pro-lifers. “It is something expected of GOP presidents though it really is the minimum that should be done in international pro-life protection policy,” Ruse explained. “But at least in principle, it is a very important first step in assuring the billions of dollars the U.S. spends in global health assistance isn’t used by nefarious groups for abortion or for lobbying to change countries pro-life laws. Republican presidents previously limited the prohibition to international family planning money which amounted to about $600M annually however due to the integration of healthcare services under the Obama administration with abortion groups also receiving grants for maternal and child health or HIV/AIDS it was necessary for President Trump to extend the funding prohibition to all global health — over $8B.”

“Enforcement is up to the administration and was likely easier with it just applying to family planning funding,” Ruse noted. “Abortion groups take advantage of the fact that the policy has always largely been a box to check for Republican presidents, but isn’t really enforced. This may be both due to the lack of conviction of previous GOP presidents as well as their political appointees. The Bush presidents actually created more loopholes in the policy that made the policy mostly ineffective. The Trump administration has begun to remedy this.”

This is good news—if these loopholes are closed by the Trump Administration, it could cut off funds to those using American tax dollars to abort babies overseas. When I asked Ruse if the Mexico City Policy has been totally ineffective before now, he said that it had been only somewhat effective.

“A recent State Department report found near-universal compliance, with just eight of 1,340 prime grant recipients and 47 sub-recipients rejecting funding awards,” he explained. “On the other hand, these restrictions have also gone unenforced. They have always been contractual requirements to receive U.S. foreign assistance, but foreign organizations did not have to document compliance with abortion restrictions. All they had to do was pledge not to perform or promote abortion to be eligible for U.S. taxpayer money. Groups that promote and fund abortion with U.S. foreign assistance have been creative in ways that they skirt the policy. Some claim that restrictions do not apply to rape in humanitarian emergencies. Others have ignored the Mexico City Policy or only tenuously made attempts at implementing it. Others have re-structured their activities to exploit loopholes in the policy. Others counted only on sporadic enforcement.”

While other administrations—such as that of George W. Bush—have also been pro-life, Ruse says that the Trump Administration has gone above and beyond to fight abortion at the international level.

“These latest steps demonstrate the Trump administration expects accountability from all global health grant recipients,” Ruse told me. “Not only from foreign organizations but it will hold domestic groups responsible for the foreign groups they sub-grant out to. The administration has progressively expanded the policy and closed loopholes over the last 4 years. It has conducted two surveys to determine how the policy is applied and its impact. Now it is stepping up enforcement.”

If Trump secures re-election, Americans can be assured that his Administration will continue to fight for life on the international stage. If Biden becomes president, U.S. tax dollars will fund abortion both in America—and around the world.

Jonathon’s new podcast, The Van Maren Show, is dedicated to telling the stories of the pro-life and pro-family movement. In his latest episode, he interviews Mark Crutcher to discuss the state of the pro-life movement, what pro-lifers need to be focusing on, and what the 2020 US election means for those throughout the world opposed to abortion. In 1999, Crutcher's group exposed the illegal sale of baby body parts by Planned Parenthood and other abortion facilities. They also exposed the abuse and assault that occurs at abortion clinics as well as the industry's cover-up of statutory rape.