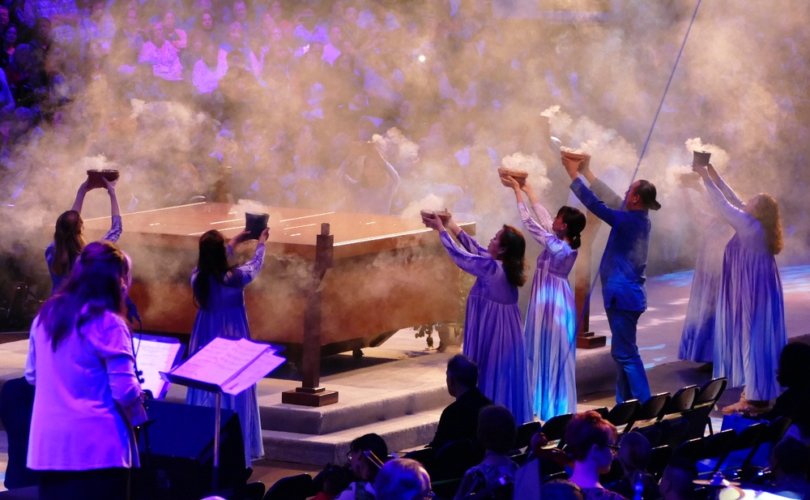 Peter Kwasniewski, Thomistic theologian, liturgical scholar, and choral composer, is a graduate of Thomas Aquinas College in California (B.A. Liberal Arts) and The Catholic University of America in Washington, DC (M.A. and Ph.D. in Philosophy). He taught at the International Theological Institute in Austria and the Franciscan University of Steubenville's Austria Program, then helped establish Wyoming Catholic College in 2006. There he taught theology, philosophy, music, and art history and directed the choirs until leaving in 2018 to devote himself full-time to writing and lecturing.

Today he contributes regularly to many websites and publications, including New Liturgical Movement, OnePeterFive, LifeSiteNews, Rorate Caeli, The Remnant, and Catholic Family News, and has published ten books, including four on traditional Catholicism: Resurgent in the Midst of Crisis (Angelico, 2014, also available in Czech, Polish, German, Portuguese, Spanish, and Belarusian), Noble Beauty, Transcendent Holiness (Angelico, 2017), Tradition and Sanity (Angelico, 2018), and Reclaiming Our Roman Catholic Birthright: The Genius and Timeliness of the Traditional Latin Mass (Angelico, 2020). His work has been translated into at least thirteen languages.

Kwasniewski is a scholar of The Aquinas Institute in Green Bay, which is publishing the Opera Omnia of the Angelic Doctor, a Fellow of the Albertus Magnus Center for Scholastic Studies, and a Senior Fellow of the St. Paul Center. He has published over 1,200 articles on Thomistic thought, sacramental and liturgical theology, the history and aesthetics of music, and the social doctrine of the Church.