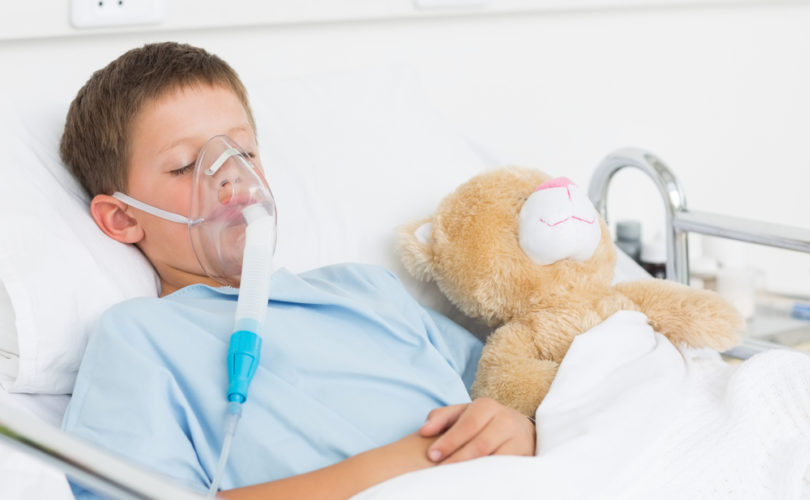 April 30, 2019 (LifeSiteNews) – In his short but essential book Eugenics and Other Evils, G.K. Chesterton pinpointed with precision the preferred tactic of progressives.

“Most Eugenists are Euphemists,” he wrote. “I mean merely that short words startle them, while long words soothe them. And they are utterly incapable of translating the one into the other, however obviously they mean the same thing. Say to them ‘The persuasive and even coercive powers of the citizen should enable him to make sure that the burden of longevity in the previous generation does not become disproportionate and intolerable, especially to the females’; say this to them and they will sway slightly to and fro like babies sent to sleep in cradles. Say to them ‘Murder your mother,’ and they sit up quite suddenly. Yet the two sentences, in cold logic, are exactly the same.”

This trend, which began a very long time ago, is now more prominent than even the prophetic Chesterton could have imagined. The advocates of suicide, feticide, and the castration of children and adults have all worked to successfully change the language that they use in order to ensure that people can feel soothed rather than alarmed when subjects such as suicide, the killing of the pre-born, and genital mutilation come up. Thus assisted suicide has become “medical aid in dying” (or MAiD), feticide has become “reproductive healthcare” (and abortion activists are insisting that we use the phrase “later abortion” rather than “late-term abortion,” as the former sounds somehow less brutal), and sex change surgery is now gender confirmation surgery (just a nip and a tuck and everything will be put right, the trans activists assure us.)

And now a new and especially insidious term is being bandied about: “Mature minor.” And what, you might ask, is a “mature minor,” and why is this term suddenly trendy? Are we discussing the potential of permitting certain “mature minors” the right to vote if they are particularly proficient in political knowledge and civics? Or are we perhaps creating some sort of a practical and intellectual threshold that will determine the difference between a “mature minor” and an “immature minor” that might be helpful in some way? The answer, of course, is none of the above. The term “mature minor” has only been coined in order to enable suicide activists to advocate for offering suicide to children without it sounding like they are, you know, offering suicide to children.

This cropped up most recently in Australia, where civil libertarians, led by Queensland Council for Civil Liberties president Michael Cope said suicide should be offered to children who were “mature minors.” He defined a “mature minor” as “a child over 12 years of age who…has a sufficient understanding and intelligence to enable him or her to understand fully what is proposed.” However, he added magnanimously, “we do recognise that children are entitled to extra protection when making their decision,” and as such they should be assessed by a psychiatrist before their request for suicide is fulfilled. He ignored the fact that suicidal ideation itself was once taken as an indication that something is seriously wrong.

Further to that, however, Cope also noted that “at least one of the independent medical practitioners should have specific qualifications and experience in dealing with children.” (Presumably, he meant “mature minors” there rather than “children”—a Freudian slip.) Of course, there are no medical practitioners with any experience in enabling and enacting suicide requests from children, but that could be remedied rather swiftly if folks like Cope end up in the policy-making driver’s seat. Cope stated that his suggestion “was based on laws in Europe,” where thirteen children had “accessed voluntary euthanasia” in the Netherlands since 2002 and three children had done the same in Belgium since 2014.

Assisted suicide, Cope added, should only be used in the case of terminal illness “or if the patient’s suffering was unbearable.” Past experience has shown us that these guidelines are designed to allow maximum eligibility—“suffering” is obviously a subjective term and can also include a wide range of mental illnesses. In addition to this boilerplate nonsense, Cope finished his case for euthanasia by condemning those who highlight the demonstrable reality that every euthanasia regime in the world has set in motion a “slippery slope.” Since these things are already happening, Cope stated, the government should legalize it in order to regulate it. Now, where have we heard that argument before?

You’ll notice that the phrase “mature minor” is essentially a useless one. It has no legal validity, and it encompasses a category of children that has been chosen arbitrarily. It serves one purpose: To make those advocating for the provision of suicide to children seem less horrible and their suggestion less appalling. A “mature minor,” presumably, might be “mature” enough to choose to kill herself, despite the fact that she is not yet old enough to vote, drink, smoke, drive, or do any number of other things that have a considerably less permanent effect than suicide. To suggest that we might offer suicide to a child, on the other hand, grates on the ears of most sane, common-sense people. That is why the suicide activist avoid saying what it is that they mean.

Chesterton was right. We now live in a supposedly civilized society that destroys pre-born children in the womb up until birth, offers suicide to that portion of the population that the state has decided have lives worthless enough cut short at the taxpayer’s expense, and offers chemical and physical castration to children in the name of an ideology most people hadn’t heard of a decade ago. Now, we are being presented with the suggestion that we offer suicide to children who are “mature” enough to make this decision. All of this, of course, is done in the name of love, compassion, tolerance, and freedom.

What a dark and twisted Orwellian joke we live in.

Jonathon’s new podcast, The Van Maren Show, is dedicated to telling the stories of the pro-life and pro-family movement. In his latest episode, he interviews Dr. Monica Miller, founder and director of Citizens for a Pro-Life Society, about her start in the pro-life movement in the 1970s as a graduate student under the tutelage of Joe Scheidler. She also talks about the impact taking photographs of aborted babies and showing them to the public has had on awakening people to the horrors of abortion.