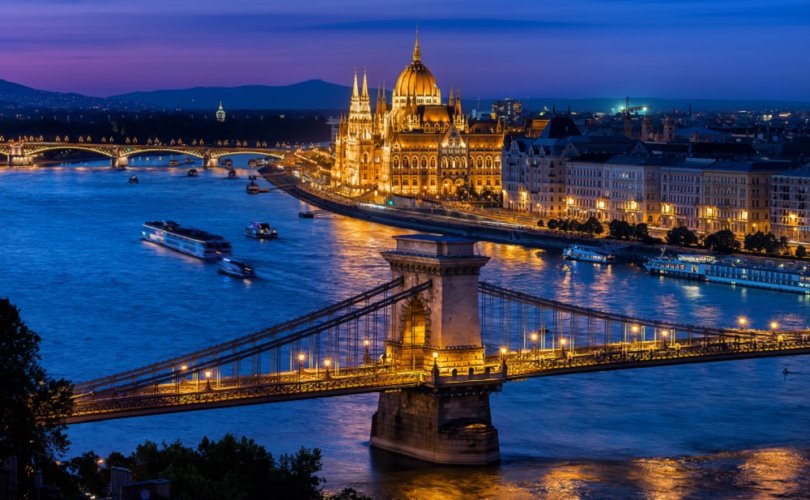 June 10, 2020 (LifeSiteNews) — When Hungary’s government imposed a nationwide lockdown in the face of the COVID-19 pandemic in March, liberal commentators spoke with a unified voice. Historian and columnist Anne Applebaum called the policy a “de facto coup d’etat” in the prestigious pages of The Atlantic, warning that it was another example of “creeping authoritarianism.” Her colleague Yasmeen Serhan concurred, adding that the policy was actually “outright authoritarianism.” Over in the Washington Post, Dalibor Rohac went all in, declaring that the “brazenness of Orbán’s power grab is without parallel in recent European history.” In fact, Rohac informed us, “Hungary is bound to emerge from the current crisis as a full-fledged dictatorship.”

Other commentators demanded an accounting from traditionalist conservative supporters of Orbán’s government, including Rod Dreher, who has been enthusiastic about Orbán’s pro-life and pro-family policies (as have I). Hungary’s state of emergency passed the Hungarian Parliament on March 30, and Dreher responded on April 6, noting that the liberal panic was more than a little overblown. John O’Sullivan responded to Applebaum in a similar vein over at National Review, noting that he had concerns but that the hysteria was unwarranted. In fact, considering the almost universal condemnation by liberals of Hungary’s rejection of the progressive project, the condemnation was unsurprising — although the fact that many other Western jurisdictions embarked on similarly draconian policies without facing criticism made the salvoes at Orbán seem, once again, opportunistic.

Michael Brendan Dougherty has penned the definitive rebuttal to Orbán’s critics in National Review in a scathing essay titled “The 82-Day Dictatorship,” in which he noted that Hungary successfully weathered the pandemic, did not abuse the emergency powers, and began to lift the restrictions before other democracies that came in for no criticism (like France). “One suspects,” Dougherty noted, that “[the response] is just simple hatred of Christian conservatism, a fanatical projection of culture war antipathies to the near abroad.” I concur heartily with that analysis.

For the government’s take on the backlash to the emergency measures — which, once again, was leveled at virtually nobody else — I spoke with Hungary’s deputy minister of the prime minister’s office, Balázs Orbán, who was kind enough to answer my questions via email. (His previous comments on the COVID-19 lockdown can be found in an essay at The National Interest.)

What was the purpose of the lockdown?

In Europe, Hungary was amongst the first countries to take measures in order to get the Covid-19 outbreak under control. The government established early on a special task force — called the Operational group — to monitor and evaluate the pandemic, which action also deserves attention. Notably, this happened in January, when the number of cases was still low Europe wide.

The Hungarian Government declared a state of emergency already 7 days after the first domestic case was registered. In comparison, Italy had waited 38 days to take action. On 16 March, just 12 days after the first case, the government shut down elementary and high schools. Austria made the same decision 12 days later, Italy followed suit with a 34 days delay. On the following day Hungary closed its borders, so that only Hungarian citizens were allowed to enter.

The government undoubtedly succeeded in this endeavor. Just a week before, Chief Medical Officer Cecília Müller announced that we have reached a static stage and the epidemic is declining. Official data available on 24 May indicate that the death rate of the pandemic in Hungary is 5 people for every 100.000 inhabitants. In comparison, the United Kingdom has lost 56 lives, Spain 61, Belgium 81, for every 100.000 inhabitants. This means that the government managed to effectively curb the epidemic in a two-month timeframe.

What was the government’s response to accusations of dictatorship?

When initiating the introduction of these extraordinary measures the Hungarian government acted within and in line with its constitutional framework and the Hungarian constitutional system had not been suspended. There is tangible proof for this claim, since the constitutional rights were not restricted the Hungarian National Assembly proceeded to exercise her legislative functions. On this note, on May 26 the government initiated the process of revoking the state of danger which is precisely the contrary of what the mainstream international liberal media — with the Hungarian opposition parties on its side — have been predicting since the special legal order was introduced. At the same time, the government initiated the process to reinforce the authority of the Chief Medical Officer. This move indicates that we already started our preparations for the predicted second wave of the pandemic.

What is the government’s response to the silence from these same critics as Hungary lifts the lockdown?

The Hungarian government never wanted to silence any of her critics. At the same time, it never refrained from contradicting false accusations and unsubstantiated criticism. One should clearly see that the Hungarian government is again subject to a political campaign exclusively on the part of the usual actors. The leftist opposition almost routinely joined forces with the network of the Soros-founded NGOs to exclaim dictatorship in Hungary.

One thing is confusing. Over the past ten years, the main purpose of the Hungarian opposition and the mainstream liberal media has been to depict the Hungarian constitutional order as an ever-emerging autocracy. The Hungarian people are very familiar with the true form of a dictatorship; therefore, if Hungary were an autocracy, there would not be such an overwhelming electoral support for the government. Moreover, in an actual dictatorship, these accusations could not be published at all, since criticism against the regime would be prohibited and severely punished. Conversely, if we agree that Hungary has been a full-fledged dictatorship for years now, how should we regard the period after the introduction of the extraordinary measures? I believe that either way, the answer leads us to the conclusion: those points of criticism cannot be taken seriously.

Then the state of danger was introduced. Neglecting their own self-contradictions, these forces were so blinded by their own narrative, that they raised the stakes by claiming that this was the exact time when Hungary became an outright dictatorship. By doing so, they actually blew their own ten-year-project, since by definition an ‘a priori’ dictatorship cannot be more dictatorial. These forces should apologize to the Government and the Hungarian people.

Was Hungary’s lockdown as severe as others throughout the West?

With the exception of Sweden — notably the Swedish approach resulted in dubious results — every European country introduced a form of lockdown. Respectively, over the course of the past two months almost every European country deployed extraordinary measures to curb the pandemic and mitigate the economic consequences.

There were instances where the legality of these measures were questionable. In other cases the governmental practice posed questions as far as adherence to the international legal regimes are concerned. Surprising enough, some countries completely lacked a clear constitutional framework to introduce swift measures that eventually turned out to be of extraordinary nature.

In this respect Hungary clearly differs from many European countries, because the appropriate constitutional framework had been in place. This means that the rules for extraordinary legal order were apparent and transparent.

At the same time, Hungary clearly understood the challenges each and every country faced. For this reason the government refrained from employing any judgement — let alone expressing criticism — towards our European and American partners. Consequently, we stated that in these desperate times individual countries should choose corresponding measures to tackle the pandemic. In this regard Hungary aligned her standpoint to the Venice Commission’s standards. The Council of Europe’s commission in its latest report firmly expressed that a fairly wide range of legal constellations can be regarded as equally democratically introduced extraordinary legal orders. I think the legal opinion expressed by the Venice Commission should be summarized just as the saying goes: there is no accounting for tastes.