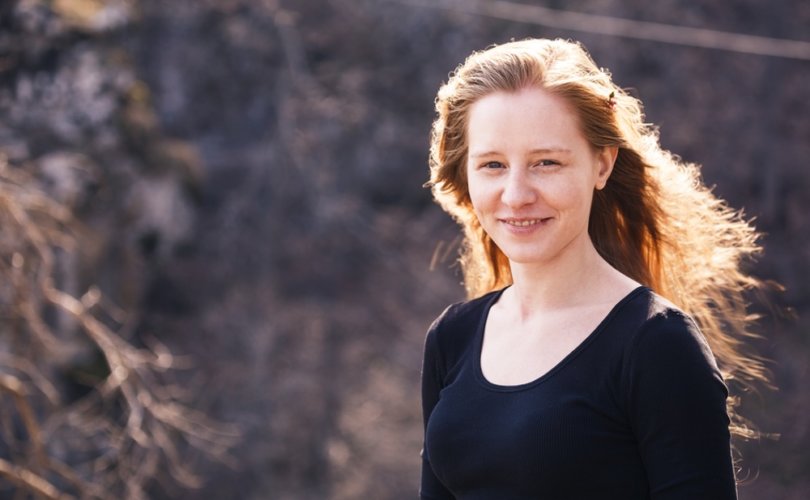 November 21, 2018 (LifeSiteNews) – Yesterday it was my unhappy duty to report that the Catholic Church in England and Wales had tweeted recognition of Transgender Remembrance Day.

I took no pleasure in doing so because my personal assumption was that the Roman Catholic spokestweeter merely wished to express compassion for frightened and sorrowful human beings who believe that they were born with the wrong body. However, by buying into the 19-year-old concept of “Transgender Remembrance Day,” the spokestweeter cast doubt upon what it is that the Roman Catholic Church in England and Wales teaches about the human person. That’s rather different.

It’s also very important because the Roman Catholic Church purports to teach the truth, and the idea that someone can be born with the wrong body, as if the body were something completely divorced from the self, is an untruth. It is also very harmful, and by giving any kind of blessing to the now frequent mutilation of men and women, boys and girls who fruitlessly seek to change their sex, the Church may be opening herself to yet another round of recrimination in the future.

As I reported, endocrinologist Michael Laidlaw believes current attitudes concerning “gender identity” are a widespread delusion. He wrote that the very concept of gender identity, defined as “a person’s deep internal sense of being female, male, a combination of both, somewhere in between or neither” is a “fantasy or a superstitious belief.”

I’m very glad he said that because, as a matter of fact, I don’t feel like a woman. I “feel” like me; that is, I have a sense that I am myself, a unique if changing person. But when it comes to my female body, which includes a female brain, there is no “feeling” about it. As Saint Thomas Aquinas wrote, truth is what is. Like it or not, I am a woman. And believe me, I haven’t always liked it.

Being tutored in the rudiments of human biology, I understand that I have been female since my conception. I learned from my parents, relations, and teachers that I was a girl. Thanks to school bullies of both sexes, I learned that girls have to face and overcome unjust attitudes towards girls. When I hit puberty – or, rather, when puberty hit me – I learned what it means to have a messy, painful, frequently embarrassing, and sometimes even debilitating reproductive system. Back then, some people still called the onset of menses “becoming a woman.”

It’s not wearing red lipstick and nail polish that distinguishes women’s experience of corporeal life from men’s; it’s menstruation and all it signifies, including our gut-wrenching need for privacy at certain times almost every non-pregnant month from about age 12 to around 45. Even the lack of this expected occurrence signifies something at the heart of being a woman; a missing period, or a period that never comes at all, means either that something is seriously wrong, or that something serious has happened.

What makes a human being a woman is not what she looks like – clothes, make-up, artificially enhanced bumps – but the bodily implications of not carrying a Y-gene and the psychological necessity of coming to terms with that reality. Gallons of ink have been spent publishing first, second, and third wave feminist thoughts on the topic. It seems mad to have to assert now that only women are women. However, because women are, on average, smaller and weaker than men, knowing the difference is, and always has been, necessary to our physical and psychological safety.

Our safety is why, for example, I do not want men who dress as men or as women in places where women most crave privacy: public toilets, locker rooms, showers, women-only hours at the gym.

A good and brave English priest did his own unhappy duty by reproving his Church’s spokesperson for tugging his or her forelock to “Transgender Recognition Day.” Among the many tweets insulting this priest was an obscene invitation to perform a sex act. Two clicks brought me to the conclusion that this tweeter was a man who believes, and wants others to be believe, that he is a woman. However, I cannot think of anything less feminine for a woman to have written to a priest, or anyone else, than that. It struck me, frankly, as psychotic.

What the Church in England and Wales spokesperson should have done was re-assert that it is wrong to murder someone for any reason, let alone not conforming to ideas of what men and women look or act like. He or she could also have stated vigorously that it is wrong to bully or tease someone for not conforming to gender stereotypes. However, while he or she did so, he or she should have asked doctors not to mutilate the bodies of children and vulnerable adults and reasserted the truths of human anthropology.