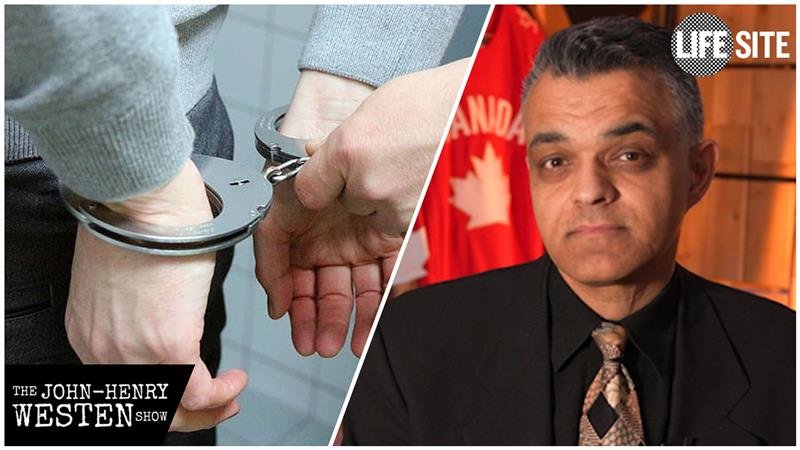 (LifeSiteNews) — On today’s episode of The John-Henry Westen Show, I spoke with Jennifer Hay, an engineer and Catholic mother arrested for praying and protesting outside a COVID vaccine clinic set up at her diocese’s cathedral.

Hay told me she took issue with a vaccination clinic hosted by the Diocese of Knoxville, in conjunction with the Knox County Health Department, and decided to do something about it.

“That clinic was opened to children as young as 12, so that was advertised for about six weeks as being open to the public and available to children as young as 12, and I just felt like we had to do something about it,” she said. “So I wrote a sheet of information for people to hand out, planning to hand it out at the entrance of the clinic … like the fact that the FDA has not authorized any vaccine for children except for emergency use.”

Hay then informed the cathedral’s rector, Fr. David Boettner, of her plans. He strongly disapproved, threatening to accuse her group of trespassing and have them arrested.

“But we felt like we had to be there anyway,” she added.

Sure enough, while praying and handing out vaccine info outside the cathedral, Hay and her group were confronted by police officers and told to leave the premises. After deciding to stand her ground, Hay ended up getting arrested along with a friend.

“The only way we’re going to leave is under arrest. And they basically said, ‘Suit yourself.’ A friend of mine went to jail,” she said.

“The whole time I was in … my compartment by myself, my friend Gary was in his compartment and he was an absolute champion. I could not stay focused. I was distracted at every turn, but he entertained no distraction. He prayed all all the mysteries of the Rosary for the whole time that we were under arrest and being transported to the jail. Such a comfort to me.”

Listen to the very end of today’s episode below to find out where the situation is heading. And please call Bishop Richard Stika to charitably let him know how you feel about his diocese’s treatment of Hay: 865-584-3307.