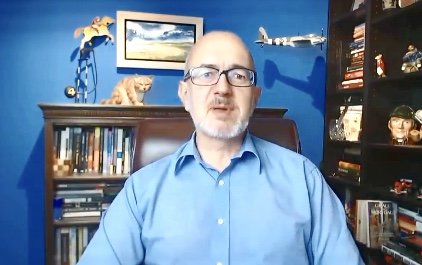 EDINBURGH, Scotland, November 20, 2019 (LifeSiteNews) ― The Scottish Family Party held its first conference and I was proud to be there to talk about LifeSiteNews.

Scotland is not what you would call a socially conservative place. It used to be ― Scottish Sundays were famous for the empty streets and shuttered shops, and homosexual acts were not decriminalized in Scotland until 1980 ― but those days have changed. Now, January 1 is the only quiet day of the Edinburgh year, and every day is LGBT Pride Day. Though Pride Day is “officially” June 22, there’s still a “Pride” bus rumbling through the city.

Just making that observation in public could get me into a lot of trouble even though, obviously, I wouldn’t lose my job. But I’m one of the lucky few. I know a man in danger of losing his Scottish teaching license because he said the then-leader of the Scottish Conservative Party, Ruth Davidson, should not be emulated. Davidson, who has a female partner, had conceived a child through IVF and encouraged other women to do the same. Richard Lucas, a teacher and the leader of the Scottish Family Party, posted a video protesting the intentional conception of a fatherless child. “Children have a right to a mum and a dad,” Lucas said.

Subsequently, someone made a complaint to both the General Teaching Council for Scotland and to the LGBT lobby group Stonewall, who advised the complainant to report Lucas to police. Police Scotland investigated and said that “unfortunately” the teacher hadn’t committed a crime. Nevertheless, they reported the video as a “hate incident” and even a “child protection concern” to Lucas’ school.

“That’s the power the police are wielding,” Lucas remarked at the Scottish Family Party’s first conference last Saturday. The elegantly Georgian hotel meeting room was packed ― standing room only. Having interviewed Richard at a smallish rally last September, I was amazed to find more than 80 people in the room. Richard told me later than membership had doubled in the past year.

I was surprised, too, by the high quality of the speeches. In the first presentation, titled “Hearts and Minds,” Alan Hughes reminded the gathering of the importance of respect and kindness, especially online, pointing out that people we are trying to convince of our position do not like, and do not forget, being called names.

Then Mairi Lucas, Richard’s wife, gave a talk about breaking the cycle of abortion: no-strings sex leading to abortion, which leads to the woman defending abortion as a decision, which then influences others to have no-strings sex. Until then, I had known the Scottish Family Party opposed inappropriate and graphic sexual education in Scottish schools, but I hadn’t know it was a fully pro-life party as well.

Next, a sociologist named Dr. Paul Gilfillan gave a lecture about the impact the past 58 years have had on the Scottish family. Astonishingly, 76 percent of Scottish households have no children, and Scotland’s fertility rate is the very low 1.47 children per woman. Meanwhile, 31 percent of Scottish children are growing up without two parents. It’s usually the father who isn’t there, and Gilfillan said the impact of a father’s departure has a significant negative effect on children’s mental health ― especially if they are boys.

The reasons that Gilfillan gave for the breakdown of the Scottish family included the introduction of the Pill (1961), which made parenthood seem like a “free, personal choice;” the changing nature of work, which depends less on masculine muscle; material affluence, which made society less dependent on family ties; and no-fault divorce, which enabled adults to leave their own families without a reason.

Instead of leading to unclouded happiness, unprecedented social freedom has led to “the disease of the infinite,” leaving young people worried and depressed. Meanwhile, British governments have simply ignored the inconvenient sociological data that, in the absence of material need, the vast majority of women would rather stay at home with their children than go out to work. (The aforementioned Davidson quit as Scottish Conservative Party leader to spend more time with her baby son, incidentally.)

Another good speaker was Amir Ahmed, a Muslim father from Birmingham. He gave a spellbinding account of how a group of Birmingham parents protested the pro-LGBT “No Outsiders” program created by same-sex attracted schoolteacher Andrew Moffat. Pauline Gallagher of Catholic Family Voice assisted him with the questions.

My presentation was after lunch, and I spoke about the use of the internet, especially social media, to spread socially conservative views and build community. Naturally, my example was LifeSiteNews, which in more than 22 years has gone from being a handy webpage publishing picketing dates to the multi-platform, international pro-life news wonder you and millions of others read today! My advice to online activists included such tips as providing new content every day, responding to readers, and using social media like Facebook and Twitter to guide readers to their main webpage. I mentioned LifeSite Connect, too, as an example of making pro-life, pro-family news even more accessible, improving communication between social conservatives, and circumventing censorship.

Richard Lucas told me that there was “a real energy, momentum, enthusiasm” at the gathering, and that was my impression, too. I could see that parents are fed up with the social engineering foisted on schools by the Scottish government, including invasive, pornographic, and obviously harmful sex-ed programs, and with such legislation as the smacking ban, which has criminalized a simple swat to an unruly child’s backside. But at the same time, the room was full of cheer and hope. Personally, I was delighted to discover that there is a pro-life, pro-family, pro-marriage party in Scotland I can vote for now.

Believe me, it has been slim pickings. The last time I went to an all-candidates meeting, a voter asked about abortion, and all the candidates distanced themselves from a pro-life position. This ranged from the Scottish Conservative saying he didn’t want the issue on the table at all to the Scottish Nationalist declaring that he wanted abortion completely decriminalized. This was not my idea of voter choice. Not for nothing is the motto of the Scottish Family Party “Filling the void in Scottish politics.”

If you’re interested in the Scottish Family Party’s “vision for a better Scotland,” do have a look at its policies. The SFP may be small and new, but so was LifeSiteNews 22 years ago, and look at us now!