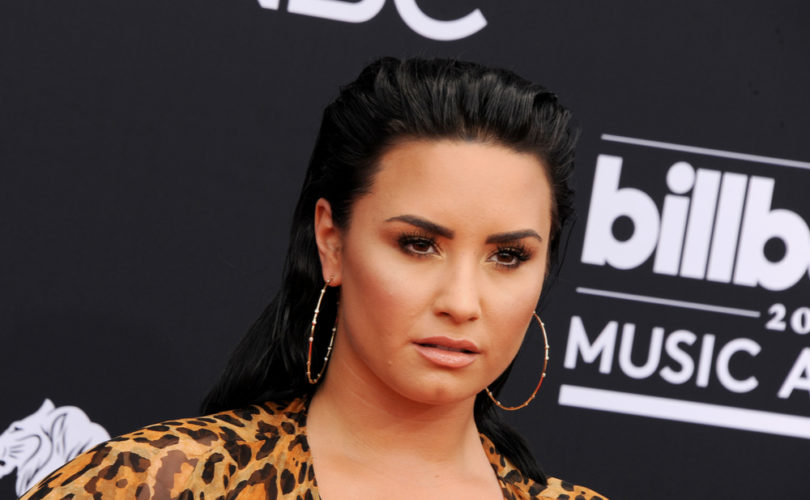 Thus, pop singer Sam Smith announced that he was “non-binary” (Douglas Murray wondered what the difference between that and shouting “Look at me!” was).

Miley Cyrus, the fresh-faced Hannah-Montana-turned-punk-chick, was sure to let the tabloids know that her marriage to Liam Hemsworth didn’t mean she wasn’t pansexual, gender-fluid, and queer. “We’re redefining, to be f—ing frank, what it looks like for someone that’s a queer person like myself to be in a hetero relationship. A big part of my pride and my identity is being a queer person,” she told Vanity Fair.

Teen YouTube star Jojo Siwa also climbed aboard the overloaded bandwagon, informing her fans that she now identifies as LGBT. Not that she’s gay or anything — most of the celebrities coming out these days are identifying as one of the other ambiguous letters, which allow them to be referred to as “courageous” and “bold” without actually having to do anything that used to make “coming out” difficult.

They’re basically straight, but since that’s so passé these days, they’re queer or bi or non-binary or gender-fluid — lots of great options for anyone seeking to break free of heteronormativity and into the headlines.

The latest example is Demi Lovato, who recently featured in a documentary series titled Dancing With the Devil and released a new album. Lovato is also a former Disney star and, like Cyrus, she has also announced that she is “pansexual.”

On March 30, she went on Joe Rogan’s podcast and, while talking about the end of her recent engagement (to Max Ehrich), she noted that she was now up for anything. “I’m so fluid now — and a part of the reason why I am so fluid is because I was super closeted off,” she said, affirming that “pansexual” described her. “I heard someone call the LGBTQIA+ community the ‘alphabet mafia,’ and I was like, ‘That’s it. That’s what I’m going with. I’m part of the alphabet mafia and proud.”

Of course, every coming out story has to have a little Christian-bashing, so she explained that she “felt a lot of shame because growing up in Texas as a Christian, that’s very frowned upon. Any attraction I had to a female at a young age, I shut it down before I even let myself process what I was feeling.”

She also told Glamour that she was really coming into her new identity, whatever that ends up being. “When I started getting older, I started realizing how queer I really am. This past year I was engaged to a man, and when it didn’t work, I was like, [this] is a huge sign … felt this sense of relief that I could live my truth.”

Demi Lovato is only the latest. Data increasingly tell us that identifying as anything but straight is now trendy, especially with the entertainment industry’s commitment to telling LGBT stories and lionizing anyone who decides to join the alphabet mafia. For a celebrity, identifying as LGBT is all gain, no cost — you don’t even have to break up with your opposite sex partner, you just have to be with them “queerly,” which can mean whatever you want. From the fringes to cultural dominance in a single generation. Alphabet mafia, indeed.