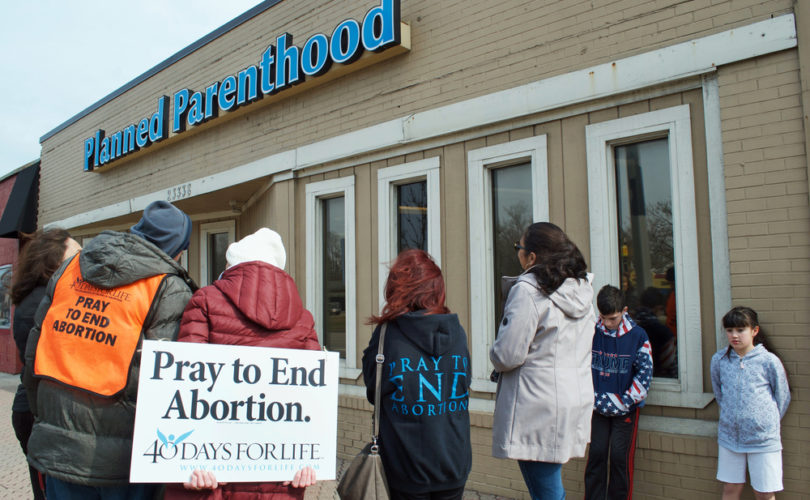 June 11, 2021 (LifeSiteNews) — The implications of the COVID-19 pandemic on Western abortion regimes are beginning to become clear with a rash of bad news. As lockdowns and restrictions brought economic insecurity, many women opted to have abortions — just as governments made procuring them easier by lifting regulations on “do-it-yourself” abortion pills. People were confined to their homes and often out of work — and then told they could get everything they needed to abort their children sent right to their mailboxes.

In England and Wales, for example, The Guardian is reporting a sharp rise in abortions, especially in the category of women over thirty. There were a reported 209,917 abortions last year, up from 207,384 in 2019. “The largest increases in abortion rates by age,” the report notes, “were among women aged 30 to 34 with a rise from 16.5 per 1,000 in 2012 to 21.9 in 2020.” According to The Guardian: “Experts put the numbers down to women being able to seek abortion treatment at home during the pandemic and also financial uncertainty meaning women have had to make ‘tough decisions.’”

Clare Murphy, a top executive with the U.K.’s abortion service, BPAS, noted that the loosening of restrictions is one reason more abortions are happening. “[A]s a result of early abortion at home becoming lawful, women no longer need to seek help outside regulated providers,” she stated. A combination of ease of access and economic uncertainty have created circumstances leading to an increase in children being killed by abortion — facilitated and funded by the government. In almost every Western country, abortion was labeled an essential service.

Meanwhile, in Germany abortionists are fighting for the right to advertise their services. German law recognizes pre-born life in the womb, and therefore has a schizophrenic but restrictive abortion regime which doesn’t punish the killing of pre-born children if required counseling (intended to persuade women not to abort) and a waiting period have taken place. The country also bans all advertising of abortion. A doctor who received a 3,000 euro fine for promoting his abortion services is calling for a reversal of this policy. If abortion is simply healthcare, then there is no reason it cannot be advertised.

This comes as a number of European leaders have signed an open letter calling on the global community to recognize abortion as healthcare. Signed by government ministers from France, Norway, Canada, Sweden, and the Netherlands — as well as Belgian prime minister Alexander de Croo and other politicians and abortion activists — the letter urges governments to reopen abortion clinics closed during the pandemic. It also calls for an end to any mandatory counseling on abortion — a direct callout of Germany’s policy — and the approval of the abortion pill in countries that do not yet permit do-it-yourself abortions.

The letter, which ignores the fact that the abortion rate has gone up rather than down during the COVID-19 pandemic, specifically calls out pro-life activists:

Their most visible vanguard are the protesters who stand outside clinics, intimidating and harassing women and girls seeking essential healthcare services. But they operate behind the scenes, too, working with anti-abortion groups and politicians to spread disinformation and force a chilling effect on women’s rights.

The reality that abortion ends the life of a human being developing in the womb figures nowhere in the letter or in the deadly platitudes of the politicians. Pro-abortion leaders are using the pandemic to push their agenda, and hope to use the economic circumstances created by the response to COVID-19 to bring abortion home for millions. The back alley, if they get their way, will become the bedroom and the living room.