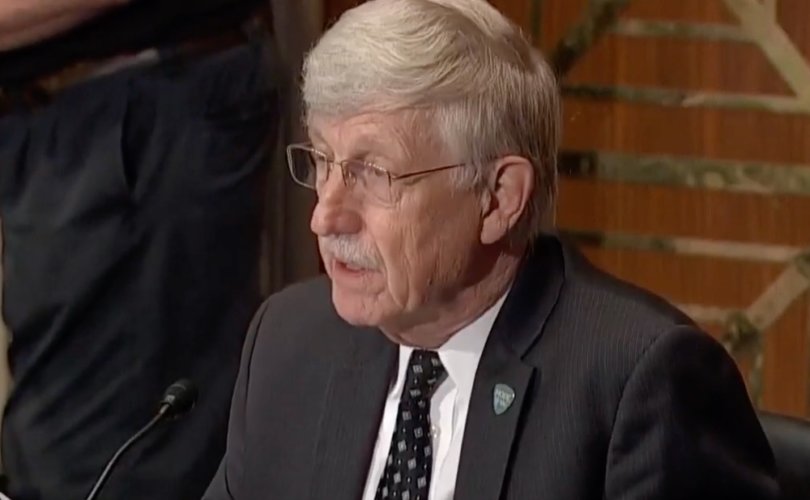 (LifeSiteNews) — Most readers of this site will remember the horrifying 2019 revelations of experiments done with the body parts of aborted babies at the University of Pittsburgh that included details like this:

[Francis] Collins’s NIH had approved a research grant requested by University of Pittsburgh scientists who desired to graft the scalps of aborted fetuses onto rats and mice. Their research findings were published by Nature in September 2020 and include photos showing patches of soft, wispy baby hair growing amid coarse rodent fur.

Those photos, if you’ve got a strong stomach, can be viewed here. (I would argue they should be viewed — words cannot trigger the visceral reaction necessary to take in the vileness of what we are doing.) Dr. Francis Collins of the National Institutes of Health defended these experiments in an interview with PBS, saying:

There are hundreds of thousands of those embryos currently frozen away in in vitro fertilization clinics. And it is absolutely unrealistic to imagine that anything will happen to those other than they’re eventually getting discarded. So as much as I think human embryos deserve moral status, it is hard to see why it’s more ethical to throw them away than to take some that are destined for discarding and do something that might help somebody.

To be clear, these embryos are real, living human beings — created in petri dishes, commodified, dehumanized, frozen—but human nonetheless. To justify perpetrating these experiments on them is morally horrifying. It is true that Collins has stated that he would not support creating human beings for the express purpose of experimenting on them, but he approves of — and approved — experiments on already-existing human beings trapped in freezers and abandoned by their parents.

As Justin Lee put it in First Things: “His argument, then, may be restated thusly: Men committed evil by creating excess embryos for IVF, so other men should commit evil in order that something good might arise.”

What is remarkable about this, of course, is that Dr. Francis Collins calls himself an Evangelical Christian, and one who penned the 2006 book The Language of God, no less. (This book advocates for theistic evolution, but that is a topic for another day.) In fact, Collins has been held up as an exemplary public Christian by prominent evangelicals such as Dr. Russell Moore, a staunch pro-lifer who nonetheless declined to press Collins on this issue in interviews.

Disturbingly, it now turns out that these grotesque embryonic Frankenstein projects are not the only experiments on young humans that Collins has signed off on. According to Chris Elston, an activist who raises awareness about the effects of puberty blockers and sex-change surgeries on kids (Elston has joined me on my LSN podcast several times), the NIH also gave $5.7 million to Dr. Johanna Olson-Kennedy, who heads up the gender clinic at the Children’s Hospital of Los Angeles.

The NIH funded Olson-Kennedy’s research at several clinics. This research included exploring sex changes for children as young as Grade 3 and lowering the age at which girls could receive testosterone from 13 years old to eight years old. This is radical medical experimentation on children that includes “treatments” causing irreversible damage — all with money approved by one of America’s most prominent evangelicals. As The Daily Wire’s Megan Basham has pointed out, Collins clearly knew about this personally. This is, without doubt, scandalous.

Dr. Francis Collins has been put forward for years by some as an example of “faithful presence” — a quiet, non-confrontational but very impactful Christian witness in the public square. The records and receipts of Collins’ time heading up the NIH tell a very different story. Two of the great American tragedies of the last several decades — the destruction of and experimentation on human embryos and the devastating transgender experiment on children — bear his signature. History will not judge him, or those who supported him, kindly.