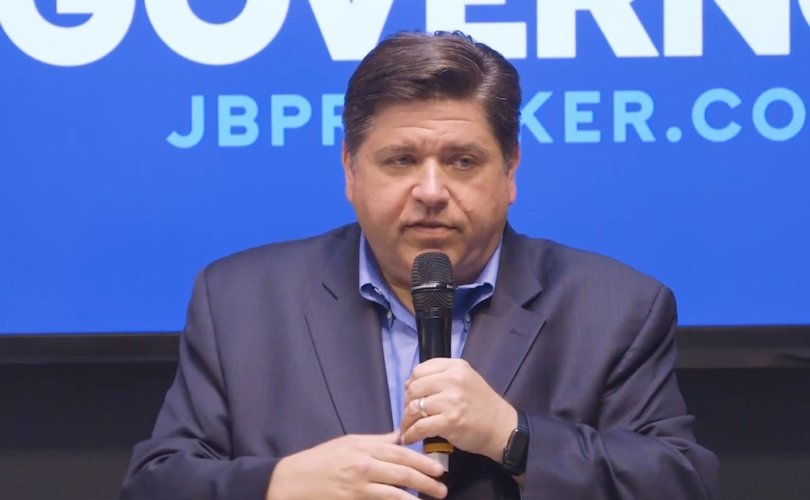 SPRINGFIELD, Illinois, June 19, 2019 (LifeSiteNews) – Even a casual observer of American politics knows that Illinois is a state with, shall we say, challenges. According to George Mason University’s Mercatus Center, it ranks dead last among all 50 states for fiscal health. It has, per Illinois Policy’s Joe Barnas, “an $8 billion backlog of unpaid bills, $133.5 billion in unfunded pension liabilities and a budget deficit of $2.8 billion for fiscal year 2020.”

So naturally, Democrat Gov. J.B. Pritzker wants to spend even more money for no other purpose than pro-abortion “virtue” signaling.

In response to the Trump administration’s new rule slashing $60 billion nationwide from abortion facilities that used to receive Title X family-planning funds, Pritzker announced Thursday that the state will reject all Title X money from the feds and instead dig into its own pockets to subsidize the affected abortion centers:

The State of Illinois will forgo Title X funding from the federal government while the gag rule remains in effect. Instead, the Illinois Department of Public Health will provide funding to the current 28 grantees, an estimated $2.4 million in federal funding, if the gag rule remains in place for the duration of the fiscal year. As we move forward, the state remains committed to the multi-state lawsuit to permanently overturn this damaging rule.

“President Trump's gag rule undermines women's health care and threatens the providers that millions of women and girls rely on, and we will not let that stand in the state of Illinois,” said Governor JB Pritzker. “Under my administration, Illinois will always stand with women and protect their fundamental right to choose. While I'm committed to bringing as many federal dollars to the state as possible, I refuse to sacrifice our values and allow vital care to lapse. In this state, we trust women to make their own health care decisions and will guarantee access to reproductive health care for all of our residents.”

Notice anything missing from this statement? According to the U.S. Department of Health & Human Services, $2.4 million is just the amount Planned Parenthood got in the most recent fiscal year, and Title X also paid out an additional $2.7 million to the state health department, and $452,000 to Aunt Martha’s Youth Service Center, Inc. What about the non-abortion health centers that money was supposed to go to?

But in Illinois, Donald Trump isn’t the one taking all of that away; J.B. Pritzker is. And he’s doing it when the state can’t even pay its own bills – turning away a pot of actual healthcare money solely to pander to an abortion lobby that’s already in bed with his party, to thumb his nose at a president who Pritzker’s constituents already bitterly oppose.

He couldn’t have done a better job of discrediting the Left’s “abortion is healthcare” narrative if he tried.