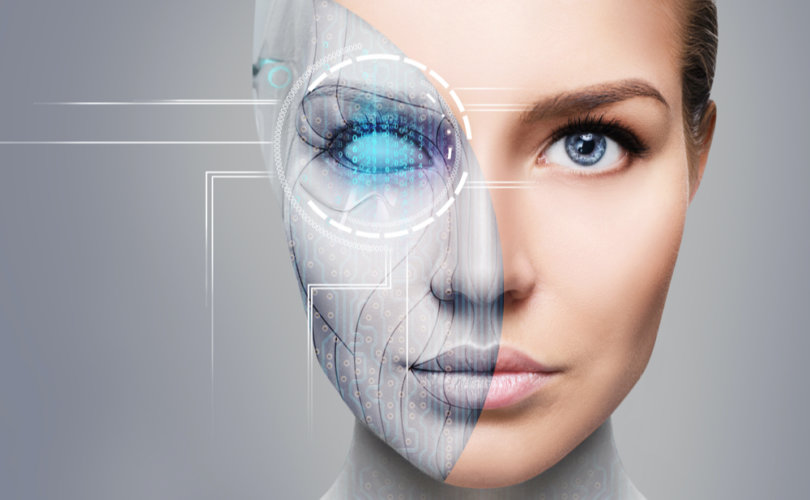 (LifeSiteNews) – When the COVID pandemic was declared by the pseudo-governmental World Health Organization (WHO), it did not take long for rumours to emerge about a host of possible technocratic fantasies.

The possibility of microchips in vaccines, for example, was bandied about as a possible nefarious plot by globalist pyschopaths who want to monitor our every move. While we have not reached that point – yet – there is a striking new development in micropchip technology that is proving the “conspiracy theorists” correct.

A company called Walletmor has released a microchip product that can be implanted under your skin and used as a way to make contactless payments.

The London based company has said that the implants are “safe” and that the incision necessary to make the payments is only millimeters long. Now, it may be true that the physical presence of a small electronic device in your body will not necessarily harm your health – small GPS locators are implanted in pets, for example. However, there are other areas of concern to consider, such as matters of privacy, surveillance, and ultimately the encouragement of transhumanist ideals.

Proponents of transhumanism define the philosophical movement as: “…a philosophical and intellectual movement which advocates for the enhancement of the human condition by developing and making widely available sophisticated technologies that can greatly enhance longevity and cognition.”

In laymen terms this means an attempt to technologically alter human beings so that they go far beyond the boundaries of normal human life in order to live in ways and to achieve things formerly hindered by human biology.

While it is true that technology is used to help people who are suffering with health issues, the transhumanist ideology goes beyond the repairing of bodies to the alteration and artificial enhancement thereof.

A quick scan of transhumanist support online will turn up everything from seemingly mild additions to human functionality, like paying with sub-dermal microchips, to insane fantasies about ending death and living forever.

As it stands, much of the transhumanist push is mere science fiction; however, the increasing popularity of the movement is startling.

One of the most lunatic transhumanists on earth is the World Economic Forum’s Yuval Noah Harari.

His crazy ideas about an evolutionary omega point where we will be “one of the last generations of homo sapiens” represent the logical extent of the transhumanist goal: namely, a complete synthesis between man and machine that creates a new hybrid species.

The World Economic Forum has been pushing the transhumanist agenda for some time, even opining at Davos in 2020 that humans may soon become “cyborgs.” Forgive me for not taking seriously adults who believe in real cyborgs.

The ideology is more dangerous than the tech

Whatever may be said about the unlikely accomplishment of the actual goals of transhumanism, it is the ideology that is more concerning.

While chips in the hand do not a cyborg make, the desire for average people to technologize themselves is a symptom of the materialism that plagues our world.

The reason why people are latching on to these ideas is because in a world that has abandoned the Eternal, we now find our value and meaning in attaching ourselves to material things and material developments.

People who adapt such a mindset will always attach themselves to earthly things, and therefore see any worldly discomfort as a sort of evil that must be eradicated; this is perhaps the ethos behind the unhinged quest to eradicate a respiratory virus at all costs.

To a sane person, there are many blind spots and flaws to the transhumanist ideal; however, those who adopt transhumanism as an ideal likely reject traditional wisdom about human beings.

It is my opinion that the transhumanist pursuit is ultimately self-defeating.

The degree of machine-human synthesis that would be achieved if transhumanist plots were to come true would mean that many basic human functions and access to necessities would be controlled by technological realities.

For example, if you rely on a chip in your hand to pay for things, then you rely on a host of technological infrastructure in order to be able to pay for things. The transhumanist technological developments would require consistent access to the internet. This also means that a “transhuman” would be consistently connected to a mainframe without the option to “shut off.”

This may seem like a welcome fantasy to some, but it will easily backfire on even the most devoted of transhumanists.

We have seen over the past two years that governments are more than willing to sacrifice the well-being of innocent citizens in order to “protect” health care systems. Why would transhumanists not be treated the same?

It is not clear why life-extending technologies would be acceptable to a global elite that believes there are already too many people on earth who are also living longer than ever.

If a transhuman is really a sort of human-machine hybrid, then there is nothing to stop that transhuman from being “shut off” which is to say, “snuffed out.”

As with all modern materialist philosophies, transhumanism is inherently flawed and only acceptable to a fracture mind.