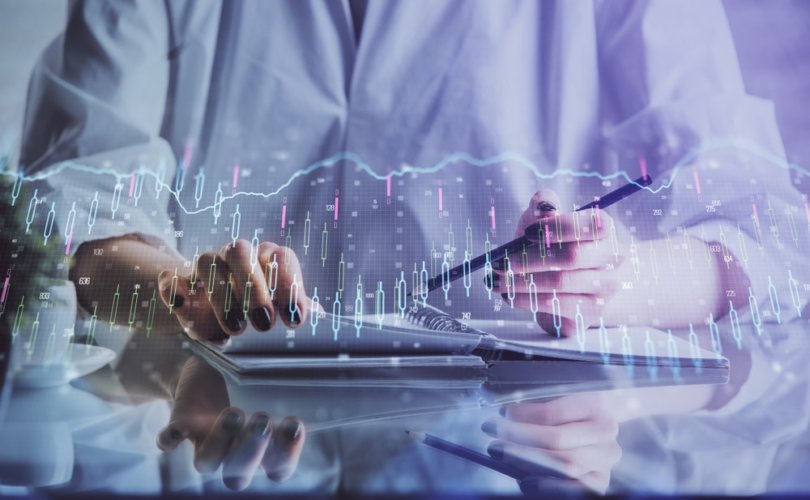 It’s not that none of them could be true. Or that there is not some truth in many of them.

It’s simply that 1) there are far too many theories to investigate in any depth; 2) in many cases, from our vantage point, it’s impossible to investigate the claims; and 3) for the most part, our lives go on just the same whether or not the claims are true.

It’s not to say there is no Deep State. Or that I believe everything the World Health Organization puts forward. Or that I trust China. Or the secular media. Or that I do (or don’t) trust Dr. Fauci. Or President Trump.

It is simply to say that I do not have years of extra free time to evaluate every opposing claim.

It is also to say that some of the claims are far too wacky even to consider.

For example, in response to my video, “How Should Believers Pray During a Global Pandemic?,” Daniel G. wrote this: “Good news. The entire virus-game is a hoax. Yes. Really. It’s a game of make believe being played by children who’ve given their souls to satan. So go outside. Hug people. Don’t wear the mask or take the vaccine. Each are the Mark of the beast. Satan will know his followers by those wearing the mask because they are satan’s deceived.”

There you have it. If you wear the mask, you’ve taken the mark of the beast (from the Book of Revelation). You are now known to the antichrist. You have been deceived by Satan himself. As for the virus itself, it’s a hoax. Just make believe!

To call this pathetic is to be kind. Especially as church buildings in Italy have been used to store all the coffins. Especially as the ultra-Orthodox community in Israel and New York is mourning its newly dead. Especially as we’re hearing more reports about health workers and grocery store workers dying. Especially as this is touching our families and our friends.

Do I have concerns about a vaccine? Yes, but not because of a microchip that would identify me to the antichrist.

Do I believe that major world players have their own agenda with the virus? Absolutely.

Do I believe that, right here in America, from virtually every political corner, there are some diabolical plans in the making? It wouldn’t surprise me at all.

My answer is yes to all of the above. Any of these, alone or in combination, could be true. But at this point, I see no possible way that we can determine what, exactly, is true.

In my new book, When the World Stops: Words of Faith, Hope, and Wisdom in the Midst of Crisis, I devoted one chapter to the subject: “Who or What Sent the Virus? (And Does It Really Matter?)”

In this chapter, I included some of the responses to my Facebook and Twitter requests for a list of the oddest theories about the origins of the virus. (Trust me: there are some real doozies on the list.) I also examined spiritual theories that explained the spread of the virus (from God sending it in judgment to Satan sending it as an act of destruction, among other possibilities).

In the end, what matters is how we respond. In other words, when I’m driving in a car and the rain starts pouring down, I don’t ask whether it was a natural phenomenon. Or the result of man-made climate change. Or the work of nefarious North Korean scientists (or Martians). Instead, I turn the windshield wipers on. That’s what we need to do with COVID-19. Turn on the windshield wipers.

From my first article on the virus (dated March 2), my position has been the same. This is certainly serious, but this is not the end of the world. This is a major tremor, but not nearly the final earthquake.

To date, the virus has taken roughly 75,000 lives, which is about the same number of deaths attributed to the common flu each year. But in this case, there are 75,000 deaths only because extreme measures were taken to prevent more. Otherwise, the numbers could have been astronomical — and we have yet to see how the continent of Africa will fare.

Again, it is very possible that some of the theories floating around today will be proven true in the days ahead. I am by no means scorning or mocking all of them.

I am simply saying that, in my humble opinion, it’s best to deal wisely with what we know for sure. It may not be exotic. Or fascinating. Or breathtaking. But it works.