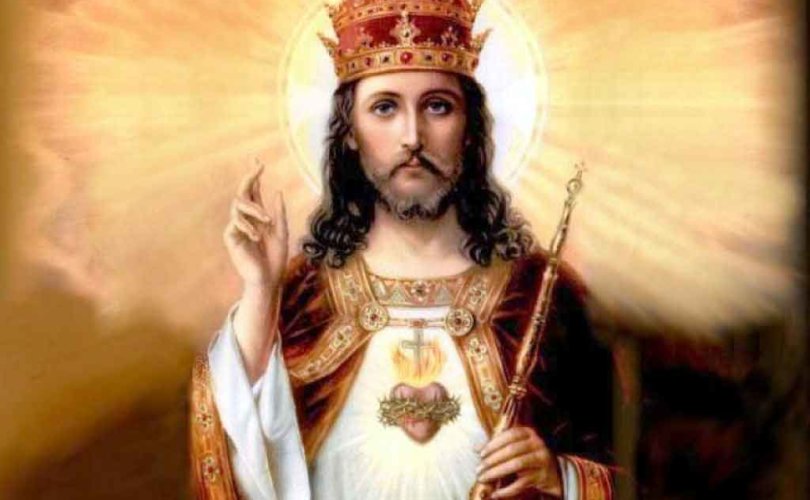 July 3, 2020 (LifeSiteNews) ― As we watch mobs set fire to Western Civilization, we are in sore need of an orthodox perspective on what it is that makes a society work and why it is that we need society in the first place.

Father Thomas Crean and Dr. Alan Fimister’s Integralism: A Manual of Political Philosophy provides that perspective, but I’ll warn you – it’s a challenge.

It’s a challenge for two reasons. First, it assumes on the part of the reader a familiarity with philosophical texts. Fr. Crean is an English Dominican who has published previous theological, liturgical and apologetical works. Dr. Fimister, the author of Robert Schumann: Neo-Scholastic Humanism and the Unification of Europe, is an assistant professor of Church History and Theology at St. John Vianney Theological Seminary in Denver. Integralism is clearly a textbook for graduate students of theology or political philosophy. To put it mildly, it’s not an easy read.

Second, their book questions many of the assumptions of contemporary social life in the West: for example, that all adults should vote, that wives are no longer subject to their husband’s authority, and that spending all one’s career working for employers is a desirable state.

The first challenge can be mastered by an attentive review of the helpful list of “theses” summarizing every chapter. I recommend also marking up your (own) copy with a pencil to ensure your mind follows the authors’ arguments as closely as it can.

The second challenge provides an excellent opportunity to grapple with the idea of a society governed entirely according to perennial Catholic teachings. The authors note that this would be possible only in a country where the majority of inhabitants were Catholic and had a Catholic government. (Practical and cautious men, they also discuss the rights and duties of Catholics being governed by non-believers or Protestants.) But would you be happy to live in a society in which abortion was, of course, illegal, but the practice of polytheistic religions was banned?

But that’s the deal with Integralism: depending on what it is, an error has few or fewer rights. The governance of a fully Catholic state is of necessity Catholic―Catholic and Thomist to boot. The term Integralism “is used to denote an uncompromising adherence to the Social Kingship of Christ,” the authors write.

“That is, an insistence upon the moral duty of men and societies towards the one Church of Christ.”

“Secondly it is applied to the tendency to see … Thomism … as a completed and indispensable stage in Catholic thought which must be assimilated and appropriated as one’s own by any authentically ecclesiastical writer of a later age,” they continue.

This is the first of many concepts to be defined, and the Angelic Doctor is always kept near to hand. With reference to Thomas and several other Christian authors, notably Pius XI and Leo XIII, Crean and Fimister discuss society, the divine origins of spiritual and temporal governance, the family, servitude (including wage slavery), law, the different forms a Catholic state might take, labor, property, diplomacy, and war.

The authors define political philosophy as “the study of man’s life insofar as he is united with his fellow men in a way that extends beyond the family.” One of the many interesting aspects of the book is its balance of the rights of the family with the duties the family owes to the other families making up the “temporal commonwealth.”

At the heart of the book, however, is the Catholic idea that a perfect society is the one that aims at, and contains within itself all the means necessary to bring about, man’s complete good. Man’s complete good is eternal life with God. Therefore, only “the City of God, that is the Catholic Church, is strictly a perfect society,” the authors write.

“Christendom is not a distinct perfect society, but the temporal aspect of the City of God.”

Integralism’s critics often accuse Catholics who discuss Christendom of weaving theocratic or monarchist fantasies. However, Integralism clearly delineates the separation of spiritual (or clerical) Catholic authority from temporal (or lay) Catholic authority, and illustrates that, far from being a fantasy, majority Christian states governed by confessing lay Christians are historical facts.

The book also includes a comprehensive discussion of all the forms of governance proper to a Catholic nation before recommending a “mixed polity” with monarchical, aristocratic and democratic elements. The theses for this chapter do conclude that “the witness of mankind suggests the wisdom of including some element of hereditary power within a constitution.” It is worth noting that both authors were born and raised in a constitutional monarchy themselves.

This is as good a time as any to disclose that I have met Fr. Crean and have known Dr. Fimister for twelve years. One of the particular enjoyments of the book for me was hearing in my mind’s ear Alan’s voice rolling out the sonorous cadences of his longer, more ornate sentences. He has a phenomenal memory and is perfectly capable of quoting from the Council of Florence at length over a beer in a cozy pub before concluding its solemn judgements with the pronouncement: “Marvellous!” That enviable talent and exuberant love for the Catholic faith is more than apparent in this book.

Integralism: A Manual of Political Philosophy is available for purchase on Amazon here, or from the publisher here.