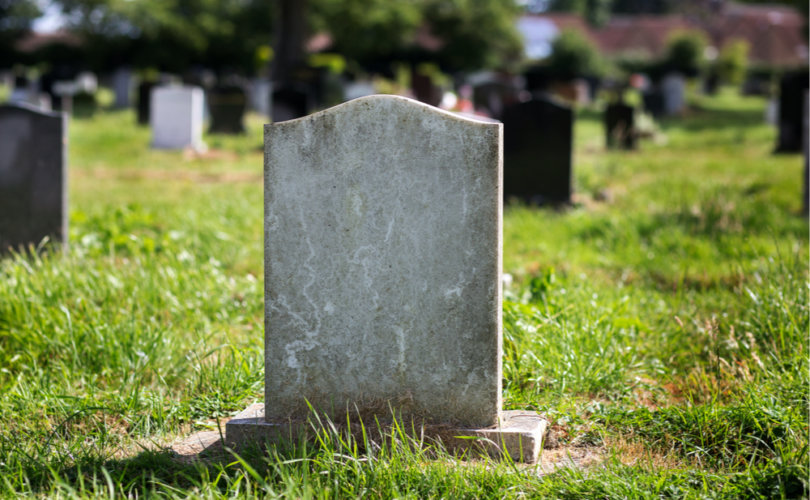 (LifeSiteNews) – New numbers out of Indiana may finally be enough to blow up the “safe and effective” genetic vaccine fantasy once and for all. And they come, not surprisingly, from the head of a company that stands to lose a ton of money because of a sudden, unexpected, and historically unprecedented spike in deaths and disabilities among otherwise healthy individuals in the prime of life.

The original story comes from Margaret Menge and is entitled “Indiana life insurance CEO says deaths are up 40% among people ages 18-64.” At a virtual news conference held December 30, the President and CEO of the Indianapolis-based insurance company OneAmerica, Scott Davison, released some numbers that suggest an unthinkable catastrophe is in the making.

Note that OneAmerica is not a minor concern: It has 2,400 employees and assets of close to $100 billion. They are in the business of insuring people against death and disability, which means they have to be able to estimate how likely it is that people at different ages will die or become disabled. If they guess wrong, they lose lots and lots of money.

It turns out that OneAmerica is apparently hemorrhaging money right now, because workers they have insured through their employers are dropping like flies, many to never rise again. In 2019, they paid out $6 billion in claims. Even in 2020, at the height of the pandemic, they paid out the same amount — $6 billion — in claims. (Most of those dying were quite elderly or, because of preexisting medical conditions, were already at high risk. Both age and health are already factored into the actuarial tables, so the company’s payouts remained the same.)

But in 2021, to listen to CEO Davison, they will be paying out much, much more.

What Davison told us at the press conference was that the working-age people his company insures are dying at a rate that is 40% higher than pre-pandemic levels. That means that for every 10 people between the ages of 18 and 64 who died each year in the past, 14 died in 2021.

Listen to Mr. Davison explain just how statistically improbable this is:  “Just to give you an idea of how bad [a 40% increase] is, a three-sigma or a 1-in-200-year catastrophe would be 10% increase over pre-pandemic. So 40% is just unheard of.”

In other words, what is happening is not just a “catastrophe” but is an unimaginable disaster that the company’s actuaries, even in their worst nightmares, never anticipated. Death rates don’t normally vary all that much from year to year.

Apparently others in the insurance industry are seeing the same unusual rise in claims. Per Davison: “We are seeing, right now, the highest death rates we have seen in the history of this business – not just at OneAmerica. The data is consistent across every player in that business.”

A quick check of a few of OneAmerica’s competitors confirms Davison’s claims. Prudential paid out 87% more in death benefits in the third quarter of 2021 than it did in the third quarter of 2020. Pacific Life and Annuity claims are up by over 80%. New York Life doesn’t break down its data by quarter, but by September 30, 2021, it had paid out 27% more in death benefits than in 2020. Most of the excess deaths occurred in the last two quarters of the year, that is to say, after the rollout of the vaccines.

At the same news conference where Davison spoke, Brian Tabor, the president of the Indiana Hospital Association, said that hospitals across the state were being inundated with patients “with many different conditions,” concluding that “unfortunately, the average Hoosiers’ health has declined during the pandemic.”

In a follow-up call, Tabor said he did not have a breakdown showing the conditions or ailments for which so many people in the state were being hospitalized. But he did confirm that the extraordinarily high death rate reported by Davison matched what hospitals in the state were seeing.

Ignoring the COVID vaccine elephant in the room, both Davison and Tabor professed to have no idea what is causing this huge increase in mortality rates among otherwise healthy individuals of working age. But Davison, for his part, seems to have ruled out any connection with the vaccines, to judge from his recent dictat to all his employees that they must be vaccinated. I would guess that the company will be paying out a few claims filed by its own employees in the coming year.

Whatever is behind this tsunami of deaths, it does not seem to be from COVID itself. COVID deaths in Indiana peaked at 125 on December 29, 2020.  The highest daily death toll in 2021 was 58 on December 14, 2021. And as Davison himself acknowledged, most of the insurance claims being filed do not indicate Covid as the cause of death.

Davison blames this on poor reporting: “What the data is showing to us is that the deaths that are being reported as COVID deaths greatly understate the actual death losses among working-age people from the pandemic. It may not all be COVID on their death certificate, but deaths are up just huge, huge numbers.”

The suggestion that COVID cases and deaths may be underreported is nonsensical. If anything, COVID deaths are significantly over-reported. The CDC and other government agencies have made enormous efforts to ensure that COVID is listed as the cause of death on as many death certificates as possible.

So, if we are seeing more excess deaths among the young and healthy than at any time since, say, the Spanish Flu of 1918-1919, there must be a dangerous new pathogen on the loose. And it must have struck, curiously enough, not long after the new mRNA vaccines were rolled out. This novel pathogen not only leads to death from a wide variety of causes, but causes an equally wide variety of disabilities, everything from unilateral blindness to hemiparesis.

This wide variety of disabilities, as Steve Kirsch points out, “… rules out food or air-based pathogens. I note that the variety of causes of death is consistent with the wide range of adverse events caused by the COVID vaccines.”

The key phrase here is “…. caused by the COVID vaccines.”

By using an experimental gene therapy in an illegal and unprecedented mass vaccination campaign, we may have unleashed what Dr. Robert Malone calls a “mass casualty event” without parallel in recent history.

Commenting on the Indiana report, Malone said, “It is starting to look to me like the largest experiment on human beings in recorded history has failed. And, if this rather dry report from a senior Indiana life insurance executive holds true, then Reiner Fuellmich’s “Crimes against Humanity” push for convening new Nuremberg trials starts to look a lot less quixotic and a lot more prophetic.”

This is not the first time that a dangerous vaccine has been rolled out in a mass vaccination campaign. The great Swine Flu Hoax of 1976 to which I devote a chapter in my forthcoming book on pandemics followed exactly the same trajectory. Politicians and the public were first stampeded into believing that a reprise of the Spanish Flu was on its way. Vaccine companies then quickly produced tens of millions of doses of a vaccine on government contracts on the promise that they would be granted immunity from liability.

The promised plague failed to materialize, but 50 million Americans were vaccinated before the jabs were called off. By that time, 32 people had died, and thousands had been injured by the vaccine.

We have far, far exceeded that number.  This is indicated by the tens of thousands of reports made to the Vaccine Adverse Effects Reporting System (VAERS) concerning COVID-19 injectable products. The latest update from VAERS, for instance, shows 12,180 reports of disabilities. Since only a tiny fraction of adverse side effects are actually reported — I believe the Under Reporting Factor (URF) is around 41 — the actual number of those disabled is around 500,000 — and growing by the day.

And you wonder why there are help wanted signs everywhere?

How many more Americans have to die or be disabled before the vaccination campaigns are paused until we find out what is really going on? Are the vaccines themselves responsible?

As Dr. Malone said in discussing the possibility that this is a vaccine-related mass casualty event: “I hope I am wrong. But I fear I am right.”