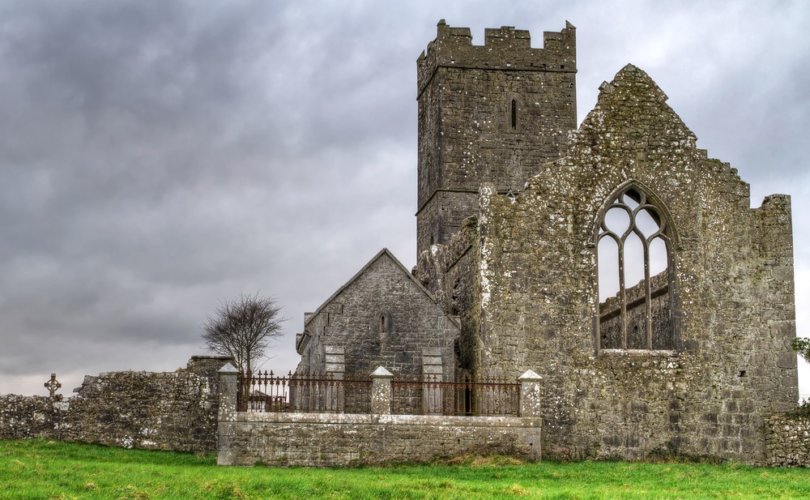 The bishops’ decision, seen as a move to avoid losing government funding, seems to place fiscal considerations over fidelity to Church teaching.

At issue is nearly €1.6 million in government funding for Accord, the counseling service administered by the Irish Catholic Bishops’ Conference (ICBC).  In 2016, the Irish government, now headed by the homosexual Prime Minister Leo Varadkar, supplied roughly one quarter of Accord’s operating budget.

Back in January, Catholic marriage and family counseling agencies in Ireland were told they must accept LGBT-identifying clients, otherwise they would risk losing government funding. The Catholic service had a formal policy of not accepting homosexual couples on religious grounds, reported The Times. In 2015, Ireland became the first country to legalise homosexual “marriage” by popular vote.

In order to enforce its new policy, Tulsa, the Irish government’s child and family agency charged with overseeing distribution of the funding, revised its standard service agreement for cooperating agencies for 2018.  That agreement requires all agencies to have “non-discriminatory” policies in place, encompassing gay and lesbian individuals, couples, and families.

At the time, Fintan Warfield, a Sinn Féin senator, who favored the change in policy, said,  “It is wrong for public monies to be channelled at organisations who fail to serve all sections of our society.”

“Why would the state identify an organisation and task them with resolving relationship difficulties when that organisation fails to embrace the diverse realities of family life in Ireland, including LGBT relationships?” continued Warfield.  “Such public funding of religious counselling services should be stopped.”

“Accord Catholic Marriage Care Service CLG has assured Tusla they will provide counselling services regardless of sexual orientation and comply with the agreement. Tusla will monitor service providers including Accord Dublin Catholic Marriage Care Service to ensure they comply with the terms of their service level agreement,” a Tulsa spokeswoman told The Times.

“If any service repudiates the terms of its contractual obligation with Tusla,” she added,  “we will have to take action to ensure compliance, including the possibility of withdrawing funding and commencing a decommissioning of that service.”

The Irish bishops and Accord did not respond to LifeSiteNews by press time.

Accord, run by the ICBC, has dozens of centers located throughout the dioceses of Ireland.  Its ministry is “primarily concerned with supporting the sacrament of marriage by helping couples as they prepare for marriage and offering support to them in their marriage relationship,” states the organization’s website.

Yet how can Christian marriage be promoted to homosexual couples, whose existence both rejects and denies conjugality and the complementarity of man and woman.  How can the Catholic Church offer “marital sex therapy” and “Fertility Awareness and Wellbeing” to couples who have no procreative capability, only the ability to commit sodomy?

The bishops’ decision seems to defy Catholic Church teaching that homosexual acts are “intrinsically disordered” and that marriage is between a man and a woman.