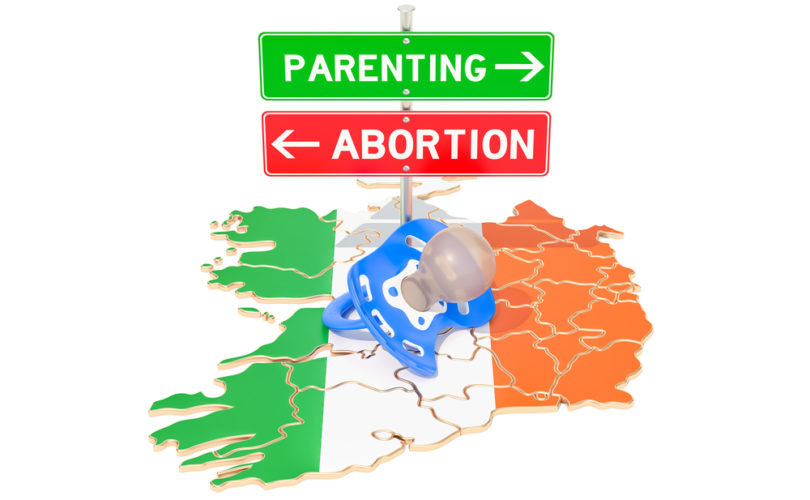 June 23, 2021 (LifeSiteNews) — On May 26, 2018, a crowd of supporters packed into the courtyard at Dublin Castle erupted into wild celebration at the news that the 8th Amendment had been repealed by Irish voters. Irish leaders had promised that there would be no ghoulish celebration if feticide were legalized; such promises fell by the wayside as the news arrived. People embraced; cheered; sang; sobbed. For the first time in Irish history, it would finally be legal to kill a child in the womb on Irish soil. For some, it was a joyous occasion.

Through years of dedicated activism (which I describe in my book Patriots: The Untold Story of Ireland’s Pro-Life Movement) and during the valiant Save the 8th Campaign, pro-lifers warned that abortion regimes spawn unthinkable griefs and horrors. Abortion rates always go up; children with Down syndrome are always killed because they are unwanted; barbarism is always perpetrated against pre-born babies. Abortion is a bloody business.

The pro-life movement’s prophecies are sadly coming true. The Irish abortion rate is steadily rising. Late-term babies are aborted. And of course, mistakes are made. Deadly mistakes. Forever mistakes.

The saddest example of this involves a couple that was told by doctors that their pre-born baby boy had a “fatal foetal abnormality” after discovering that they were pregnant the day before Christmas in 2018. On February 21, 2019, the couple had an ultrasound done at the private Merrion Fetal Health Clinic, where they were told to pursue another test for potential disorders such as Down syndrome or Edward’s Syndrome (also known as Trisomy 18). A week later, the parents were told that their boy had Trisomy 18. This condition is one of the key exceptions laid out in Health Minister Simon Harris’ 2018 abortion legislation for an abortion after the 12-week cut-off.

A follow-up test at the Greater Glasgow Health Board resulted in the parents being told once again that their baby had Trisomy 18, and shock set in. Doctors told them that their boy would not be viable, that he had a “fatal foetal abnormality,” and they were advised to get an abortion “in no uncertain terms.” There was another test they could get — a karyotype analysis — but the couple says they were told not to wait for the results and to go ahead with an abortion. The baby boy was killed at the National Maternity Hospital on March 14, 2019, at fifteen weeks gestation.

But after the abortion, the parents — Rebecca Price and Patrick Kiely of Dublin — discovered the results of the advanced test. Their dead boy had been “perfectly healthy.” Heartbroken, Price and Kiely brought separate lawsuits against the National Maternity Hospital and those involved in guiding them towards the decision in March of 2019. They named their son Christopher Joseph Kiely.

On June 22, Gript reported, the Irish High Court “was told that all the defendants had conceded full liability.” The defendants included the National Maternity Hospital as well as “Consultant Obstetricians, Dr. Peter McParland, Dr. Fionnuala McAuliffe, Dr. Rhona Mahony, Dr. Shame Higgins and Dr. Stephen Carroll who operate the Merrion Fetal Clinic … It is also claimed that a second medical practitioner who signed off on the abortion never examined or met the mother in advance of the abortion.” The High Court will now move to assess the damages — but how can a price be put on a dead son?

As Gript reported: “The couple have previously said that they felt completely abandoned by the State because of what they believed was foot-dragging by the hospital and other parties in regard to a full inquiry into the case. [Pro-life parliamentarian] Peadar Tóibín said that the response to the case by the previous Minister for Health, Simon Harris, was ‘shambolic’ and that politicians wanted the case swept under the carpet.”

— Article continues below Petition —
PETITION: Support 2-year-old's right to remain on life support in UK
Show Petition Text
6444 have signed the petition.
Let's get to 7500!
Thank you for signing this petition!
Add your signature:
Show Petition Text

One cannot help but be heartbroken for the parents, but it has to be said: If the 8th Amendment had not been repealed, their son would still be alive. The 8th Amendment protected little boys like Christopher Joseph Kiely, and with those protections removed, they are now the victims of eugenic doctors, terrified parents, and medical incompetence. When doctors make mistakes in medical diagnosis and push abortion as a solution, someone dies. Finding out that a healthy baby was killed rather than a sick one should just remind us that in an abortion, a baby is killed. Christopher had the right to life regardless of his health. The Irish public voted to repeal it. He, and so many other precious children, paid the price.

There is no cheering now.