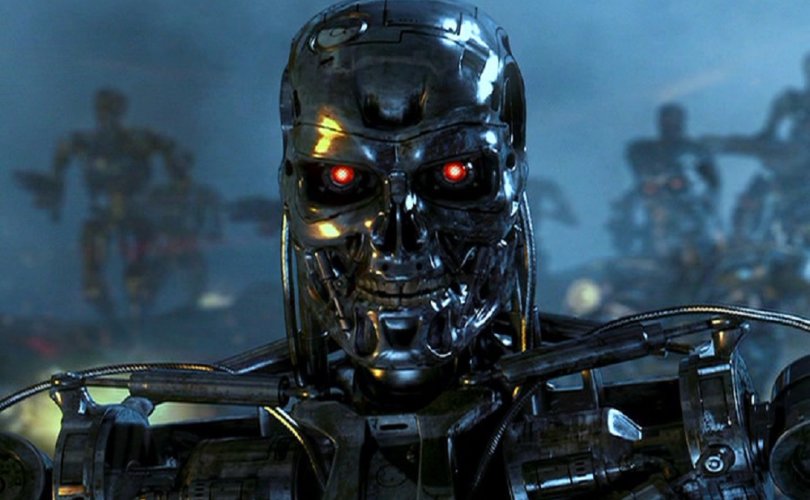 BRISBANE, Australia, October 25, 2019 (LifeSiteNews) — It’s easy to see why people might be annoyed by a billboard for a brand-new movie going up outside their place of employment. But taking it as a personal insult is harder to imagine…unless one already has reason to be defensive about his chosen profession.

Terminator: Dark Fate, the latest effort to revive the iconic Arnold Schwarzenegger sci-fi series, opens next week, so naturally, the world is being peppered with all manner of advertising for it. Apparently, one of these ads found its way to a billboard outside an abortion center Down Under, and people are none too pleased. From Yahoo Movies UK:

Staff at the Marie Stopes Bowen Hills Day Surgery in Brisbane, Australia were apparently furious to see the huge poster for the Arnold Schwarzenegger film standing outside their building.

Daily Mail Australia quotes a spokesman for the centre as saying: “It was through our staff we started to make inquiries to get it removed.

“It's unfortunate and obviously inappropriate.”

Brisbane abortion clinic is upset at the placement of this billboard ad for the Terminator movie. They said 'It's unfortunate and obviously inappropriate.” I don't know why they think it's inappropriate – seems perfect to me. pic.twitter.com/jBdjgACn4b

Assuming that the placement isn’t the work of some local vendor with a sense of humor or a subversive bent, it’s obviously a stretch to conclude that a major Hollywood production was consciously trying to trigger abortionists (especially considering that early reviews indicate that Dark Fate layers racial and feminist “representation” and even anti–immigration enforcement commentary over the action).

Marie Stopes International aborted 4.8 million babies in 2018 (and has been accused of committing illegal abortions in Africa and thousands of safety violations in the United Kingdom, by the way). The organization is a terminator, not just of pregnancies, but of children, and it’s nobody’s fault but its own if onlookers make the connection. (Say what you want about the Terminator franchise’s genocidal computer system Skynet; it doesn’t insult its victims’ intelligence by claiming that it “enables women all over the world to choose their own futures.”)

The abortion lobby excels at seizing every opportunity to assert its interests but often trips over its own lack of self-restraint. Ignoring the billboard would have largely confined the discussion to social media, but the reflex to cry victim at every perceived slight pushed this one into the mainstream. Thanks, Marie Stopes!