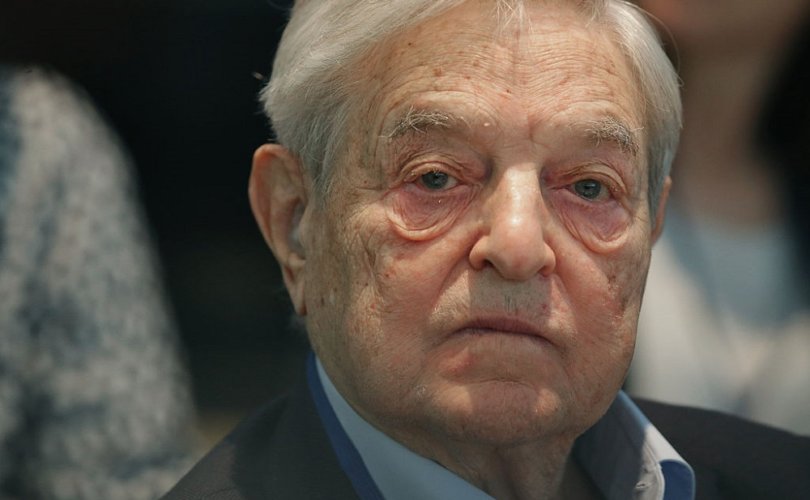 (LifeSiteNews) — Action for Democracy is a USA-based NGO reportedly trying to influence elections around the world in an attempt to “save democracy.” An investigative piece by the Hungarian news outlet Index reveals that the American organization gave a left-wing opponent of Hungarian Prime Minister Viktor Orbán 1.8 billion forints (4.09 million USD).

According to Index, Péter Márki-Zay, the former left-wing candidate who lost against Orbán in Hungary’s most recent election, said that his campaign organization “MMM” received the generous $4 million donation from Action for Democracy.

Index details connections between members of Action for Democracy and the U.S. security state, investment banks, and prominent academic institutions, many of them funded by, among others, George Soros’ Open Society Foundations, like the Council on Foreign Affairs and the European Council on Foreign Relations (ECFR).

So, what does Action for Democracy stand for exactly? Well, they seem to be very concerned about elections around the globe that may not go their way and would, therefore, “threaten democracy.”

Naturally, the countries that these noble fighters for democracy are most concerned about are not China, Iran, Saudi Arabia, or even Russia.

Instead, they name five “key battlegrounds” on their website where they think “democracy is most threatened”: Italy, Brazil, Hungary, Poland, and Turkey.

— Article continues below Petition —
Stand with pro-life Catholic dad of 7 raided by Joe Biden's FBI
Show Petition Text
6787 have signed the petition.
Let's get to 7500!
Thank you for signing this petition!
Add your signature:
Show Petition Text

Their concern, of course, is that these supposedly evil right-wingers, like Orbán or Giorgia Meloni of Italy, whom they say are “echoing Nazi rhetoric,” may win an election in their respective countries.

Since they reportedly donated over 4 million dollars to a left-wing candidate in Hungary (which is a large amount by Hungarian election standards, by the way), it is not crazy to assume that Action for Democracy may also be pumping money into campaigns in other countries.

One of the testimonies from a citizen in Brazil that they chose to highlight on their website reads:

Through several means he [President Jair Bolsonaro] already has tried to undermine the separation between legislative, judiciary and executive, while also trying to kill the secular state by embedding evangelical leaders in strategic positions in the system. It’s crazy!

What? Christians in important political offices? That’s clearly the end of democracy!

About Italy, the NGO writes that the country faces “an imminent threat from far-right forces that could set the country back on fundamental issues such as civil and women’s rights.”

“Women’s rights” is, of course, code for access to legal abortion. And obviously you have democracy only if you are allowed to kill your own child.

On the subject of Hungary, Action for Democracy writes:

In 2022, with the ruling party again winning a supermajority in an election that was still free but not fair [sic]. In the wake of his win, Orbán’s ultra nationalist tone started to echo Nazi rhetoric, while his government continues to erode democratic norms, rally against LGBTQ and other vulnerable groups, and undermine the European Union from within. He is also close ally [sic] of Donald Trump and a growing influence on America’s far-right.

The election was “free but not fair.” Of course, it could not possibly have been fair since the left-wing candidate lost. Just like when Trump only won the presidential election in 2016 because of “Russian interference”.

Jokes aside, these quotes highlight exactly what the left means when they want to “defend democracy.” They want to defend countries from Christians and other conservatives who hold views contradicting the left-wing, globalist hegemony.

This view is held not only by Action for Democracy but by the majority of liberal and left-wing politicians and mainstream media outlets in the West.

Ironically, Action for Democracy and other globalist organizations are attempting to influence elections by funding candidates all around the world to push their agenda. They undermine democracy and do the exact thing that they are accusing their opponents of doing.

“Destroying democracy to save it” should be their motto.