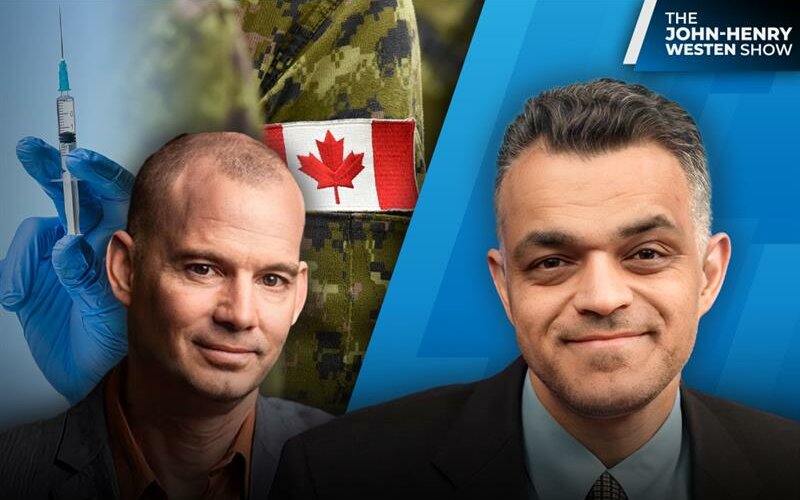 (LifeSiteNews) — Imagine a veteran, someone who fought for and risked his life for your country, calling in to the government agency set up to help vets with PTSD and other trauma from their service. Imagine when that young man or woman, traumatized by what they had to endure out of love for and in service to your nation, asked for help because he was depressed and scared, because his thoughts were turning to suicide.

Now imagine for a moment that the government agent who took the call decides to offer the young man euthanasia instead of the help he was wanting and needing.

That incident did indeed happen. An investigation by Veterans Affairs Canada verified it and confirmed it had been going on for years. They tried, however, to suggest it was only one bad egg.

On today’s episode of The John-Henry Westen Show, my guest is Mark Meincke, an Army veteran who served with the Princess Patricia’s Canadian Light Infantry and testified before the Committee on Veterans Affairs in Ottawa about MAID — Medical Assistance in Dying — and the current push for assisted suicide in the military. You must listen to his testimony.

This “Medical Assistance in Dying,” or really euthanasia, is slated to begin for the mentally ill in Canada in March. It was already floated in the province of Quebec for infants.

What this push for euthanasia really boils down to, however, is that the government has become completely utilitarian, with no concern for the human person whatsoever. We are all numbers, not human beings. It was inevitable once we went down the road of abortion. But this utilitarianism can also be demonstrated. This is not conjecture.

In an October 2020 report titled “Cost Estimate for Bill C-7 Medical Assistance in Dying,” the Canadian Parliamentary Budget Officer presented data showing that since assisted suicide became legal on June 17, 2016, Canada’s health care costs have dropped $86.9 million. I’m sure the push for MAID is now easier to understand. Why bother with end-of-life costs and health care when you can simply kill people through MAID? Let’s not forget that this is exactly what Nazi Germany did under Hitler.

The scourge of assisted suicide has been around for quite some time, but now it seems that it is taking on new sacred connotations. New York Times columnist Ross Douthat describes euthanasia in Canada, commenting that “mass acceptance of euthanasia probably won’t replace the Christian prohibition on suicide with a libertarian or secular neutrality. Rather, a society that encourages euthanasia will eventually tend to sacralize it, reaching for pre-Christian or post-Christian narratives in which the decision to kill oneself is not just permissible but holy.”

We can see this happening before our own eyes.

The people pushing this agenda have argued that MAID can preserve human dignity. Somehow, this legitimate argument against assisted suicide and euthanasia has been twisted around to support it. Richard Hanania wrote an article in the Hanania Newsletter titled “Canadian Euthanasia as Moral Progress” on January 3, and this article had a section called “Why Suicide can Preserve Human Dignity,” where he says the following:

Suicide is in many cases a noble and heroic act, and it should therefore have state sanction. For those who are suffering, it can be a gift to their families, and by allowing them to determine their ultimate destiny give them a way to reassert control that they’ve lost in every other imaginable sense. We can be inspired at the end of a movie by a protagonist who kills himself once he has failed in his mission or his continued existence harms those he loves, but never by a story that ends with the hero being hooked up to machines, unable to take care of himself, and slowly deteriorating. If he can’t do it himself, we understand and sympathize with a friend who carries out the act.

The appeal here seems to be to release people from suffering. And that’s the point everyone fails to notice. MAID does not end suffering; it ends the sufferer. It does not alleviate pain; it eliminates the person experiencing the pain.

Author Leon Kass, in his article called “Dehumanization Triumphant,” made this point: “The manufacture of a ‘right to die,’ a gift to those not dying fast enough, is, in fact, the state’s abdication of its duty to protect innocent life and its abandonment especially of the old, the weak, and the poor.”

Kass added that from a medical perspective “the venerable Hippocratic Oath clearly rules out physician-assisted suicide,” a medical ethic that has been around for over two millennia.

Clearly, the cultural approach to assisted suicide is changing as ethics are changing. Now as long as an action can be rationalized, it seems that anything, theoretically, can be ethical. This points to everything Alex Schadenberg, the executive director of the Euthanasia Prevention Coalition, said when he was on my show last month:

Health Canada’s Third Annual Report on Medical Assistance in Dying indicates that the number of assisted deaths increased by 32.4%, representing 3.3% of all deaths in 2021. When all data sources are considered, the total of number of euthanasia (MAiD) reported deaths in Canada from legalization to December 31, 2021, is 31,664. You can read this in an article by Alex Schadenberg on LifeSiteNews.

A civilization that promotes death as the solution to its problems is truly a sick civilization that will soon crumble and decay. We’ve seen abortion become more and more of a sacrament to the left, even after the overturning of Roe v. Wade in the United States. Now it’s become clear that assisted suicide is an extension of this sacrament, and we need to do everything we can to fight against this poisonous inversion of human dignity.

My guest today, Mark Meincke, is an example of how each of us must have the courage to testify against this great evil of assisted suicide. This is The John-Henry Westen Show.