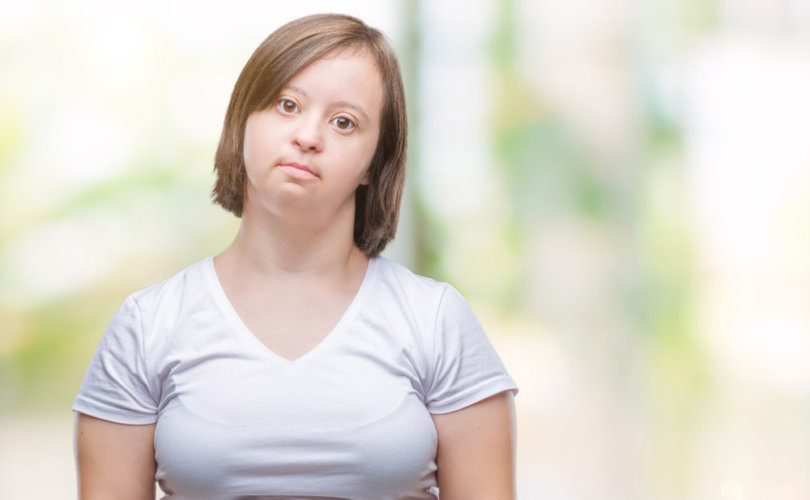 April 1, 2020 (LifeSiteNews) – With a shortage of ventilators and other medical necessities, strained global supply chains, and a worldwide pandemic placing our healthcare systems under enormous strain, many healthcare workers are bracing themselves to face impossible decisions.

Triage, a word that sounds jarring outside a wartime context, is increasingly on our lips. Stories of elderly people refusing ventilators or giving them to younger people are surfacing, and tales of Italian doctors being forced to choose who they will allocate resources to are almost too heartbreaking to read. They are enduring trauma that they will live with until they die.

Disability advocates are also fearful that our culture’s increasingly eugenic mindset will lead to discrimination against those deemed by some to be less worthy of life. According to a March 28 report by the Daily Mirror, some of the state guidelines being published in preparation for the coronavirus pandemic indicate that people “with Down’s syndrome, cerebral palsy and autism could be left to die,” and disability advocates are “disturbed” by what they are seeing.

In Alabama, for example, medical guidance states that “persons with severe mental retardation, advanced dementia, or severe traumatic brain injury may be poor candidates for ventilator support…persons with severe or profound mental retardation, moderate to severe dementia, or catastrophic neurological complications such as persistent vegetative state are unlikely candidates for ventilator support.”

According to the Mirror, “[s]imilar guidance has been issued in Washington and Arizona, with medics in the latter state instructed to ‘allocate resources to patients whose need is greater or whose prognosis is more likely to result in a positive outcome with limited resources.’” This guidance is particularly alarming for disability advocates who represent the more than seven million Americans who live with disabilities.

In response, disability advocates have filed a complaint with the US Department of Health and Human Services, demanding assurances that those with disabilities will not become the victims of discrimination if they seek emergency care during the pandemic. Some have pointed out that many people with disabilities live in group homes, which places them at a higher risk of contracting the virus.

HHS Spokesman Roger Severino stated that US law “protect[s] the equal dignity of every human being from ruthless utilitarianism,” but disability advocates such as Ari Ne’erman of the Lurie Institute for Disability Policy at Brandeis University noted that “[w]hat we’re seeing here is a clash between disability rights law and ruthless utilitarian logic. What this is really all about at the end of the day is whether our civil rights laws still apply in a pandemic. I think that’s a pretty core question as to who we are as a country.”

Parents of children with Down syndrome have begun to worry, as well. Over at Yahoo Lifestyle, Madison Huntsman wrote that she is worried about rationing if her child gets COVID-19:

Social usefulness. That’s the term I keep coming upon in articles I read. Hospitals are preparing to be, or are already overwhelmed by patients who are severely ill due to the coronavirus. Hospitals need a plan for when the dreaded moment comes and they need to decide if patient A or patient B gets a bed, medication or a ventilator. In other words, who do we save?

This is terrible for any person, parent or not, to have to think about. As a mother to a son with Down syndrome, it’s absolutely horrifying. I’ve had to think about how I would plead my case if it came to that. What would I say? How would I argue that my son deserves to live as much as the other typical 3-year-old down the hall? It all comes back to the same argument for us as advocating parents. We want the same chances, the same opportunities for our kids. We don’t want them held back or pushed aside or put second simply because they aren’t seen as “socially useful.”

In times of great strain, we find out much about who we are. We have proven ourselves willing to sustain enormous economic damage to protect the elderly and the vulnerable, and that instinct, at least, is a good one. In today’s Culture of Death, it is reassuring to know that we still possess those instincts. But we have also discovered that our culture values the killing of pre-born children above everything, even public safety, and that abortion is considered by many to be an “essential service” along with genuine healthcare. Our attitude towards people with disabilities, who are so often the victims of abortion, has yet to be tested. I hope that Madison Huntsman and those who advocate for people like her son are wrong, and that we will prove to her and to everyone that these people are uniquely valuable to our society.

That would be a small silver lining in all of this.