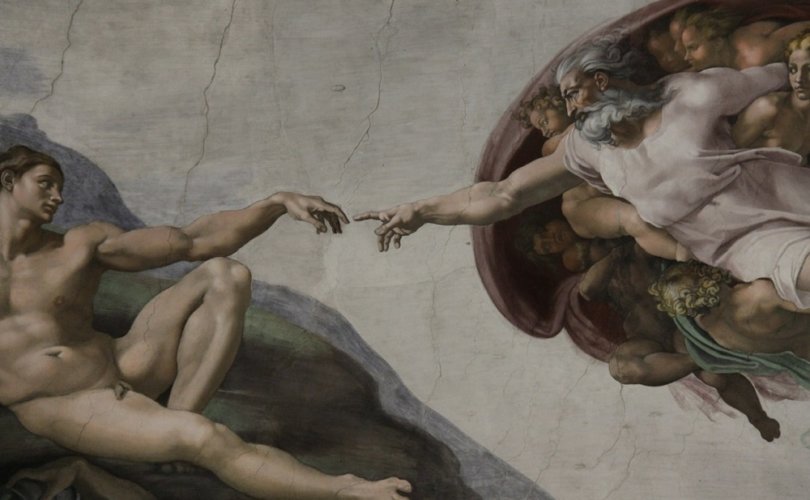 November 19, 2019 (LifeSiteNews) — Over the past twenty years, I have noticed an interesting trend in regard to the ecclesial reception of Pope John Paul II’s General Audiences on “theology of the body.” At first, among Catholics seeking to be faithful to Humanae Vitae — an encyclical for which, in fact, Wojtyła’s audiences were intended to provide a deeper foundation — there was a sense of wild enthusiasm: here, at last, was the definitive answer to the critics of the Church’s teaching. A veritable industry arose around the promotion of the “theology of the body”: books, articles, pamphlets, workshops, conferences, diocesan programs. And I think it is beyond doubt that much of this material actually accomplished a great deal of good in helping to bring Catholics in the grips of a materialistic or reductionistic mindset to a perspective more in keeping with Christian moral principles and the natural law.

On the other hand, there were the critics who wondered (a) if the popularizers were paving the way to a more subtle form of sensuality or luxuria, the vice of lust, by placing a Catholic veneer over the modern West’s preoccupation with all things sexual; (b) if the response of John Paul II was adequate to the hydra-like nature of the problems facing modern Catholics, which are not just moral, but also doctrinal and liturgical, such that the state of Catholic belief and worship is constantly undermining efforts at moral probity, (c) whether or not there even is such a thing as a “theology” of the body, considering that theology deals primarily with God, who is spirit, and secondarily with man because (like the angels) he is “made to God’s image” according to his intellectual nature and has God for his final end. The other animals that live on the Earth, which are bodily, sexual beings, are nevertheless not made to God’s image; they are neither like Him in personhood nor capable of attaining the knowledge and love of Him.

To be honest, I sympathize with both sides. When I read John Paul II’s actual audiences in an accurate translation with an excellent introduction and notes — as opposed to online soundbites or the hyped up materials of popularizers — I find a lot of profound content, deeply informed by Aristotelian philosophy and Thomistic theology. It is worth studying and taking seriously, not so much because it is by a pope (since it has little magisterial authority) as because of its insightfulness.

On the other hand, I believe that most married Catholics would stand to gain more, over time, from a regular routine of prayer and penance, reading the Bible and great spiritual masters, and assisting at solemn and beautiful liturgy. I remember reading an article in which a couple discuss how their marriage problems eventually went away when they both made an effort to stop focusing on their problems and instead made a decision (in spite of any feelings to the contrary) to go to Mass and pray together regularly. I know of the healing in my own life and in the lives of others that has come through prolonged Eucharistic adoration.

This is not to say that we must ignore the right solution to particular problems; it is simply to reiterate that there is a proper hierarchy to all that we are and do: God first, the soul second, the neighbor third, the body last. This is the classic “order of charity.”

All this being said, we should not be too quick to say that the notion of a “theology of the body” is utterly absent from or antithetical to the thought of St. Thomas Aquinas. There are a few suggestive texts in the first part of the Summa theologiae, question 93, that point toward a relationship of the body to the image:

St. Thomas is saying that absolutely and properly, the image, which is in the intellect, is found more perfectly in angels because they are higher intellectual beings, but in certain respects, man as a body-soul hylomorphic composite imitates things that are true about God in ways that angels cannot do. It is striking that when a human father begets a child, he is imitating God the Father in a particular way — something foreign to the bodiless, non-generative angels. The human person in his bodily nature imitates God in this way, not due to bodiliness as such, but to the body’s being informed by and, so to speak, permeated with, the rational soul. This at least suggests that one may give a theological account of how our distinctively rational/human bodiliness is pertinent to and included within the image in the intellect and will. After all, in the metaphysics of Aquinas, man is not so much “embodied intellect” (an expression with Origenistic overtones) as he is “intellectualized body” (a more Aristotelian way of putting it).

Thus, we may expect man’s body to reveal something about his spiritual soul, as indeed Aquinas admits:

Although the image of God in man is not to be found in his bodily shape, yet because “the body of man alone among terrestrial animals is not inclined prone to the ground, but is adapted to look upward to heaven, for this reason we may rightly say that it is made to God’s image and likeness, rather than the bodies of other animals,” as Augustine remarks (Eighty-Three Questions, qu. 51). But this is not to be understood as though the image of God were in man’s body; but in the sense that the very shape of the human body represents the image of God in the soul by way of a trace.  (I.93.6 ad 3)

While a “trace” (vestigium) is not an image or specific likeness, it is nevertheless a pertinent consideration when looking at how man, as a body-soul composite, reflects God in a way that other living organisms cannot do.

This subtle interplay is well expressed in the Catechism of the Catholic Church:

364. The human body shares in the dignity of “the image of God”: it is a human body precisely because it is animated by a spiritual soul, and it is the whole human person that is intended to become, in the body of Christ, a temple of the Spirit: “Man, though made of body and soul, is a unity. Through his very bodily condition he sums up in himself the elements of the material world. Through him they are thus brought to their highest perfection and can raise their voice in praise freely given to the Creator. For this reason man may not despise his bodily life. Rather he is obliged to regard his body as good and to hold it in honour since God has created it and will raise it up on the last day” (Gaudium et Spes 14.1).

The ultimate “corporate promotion” of the dignity of the human body and its ability to reflect the divine occurs in the Incarnation: due to the hypostatic union, the body of Christ can now be said to be “the body of God,” hence this human flesh is not merely an instrument of the rational soul, but an instrument and manifestation of a divine Person. Since Christ is the exemplar cause of our spiritual regeneration in baptism and ultimately of our bodily resurrection at the end of time, it is reasonable to maintain that the image of the Son of God is newly present in and through our bodies, inasmuch as they are conformed to the body of His lowliness and of His glory.

The roots, then, of a theological treatment of the body (even if one prefers to avoid the expression “theology of the body”) are clearly found in these and other texts of the Angelic Doctor. John Paul II’s probing of the meaning of these roots is a worthy endeavor, even if we must also be cautious about exaggerating its message or forgetting what is prior and more fundamental in the lives of Catholics.