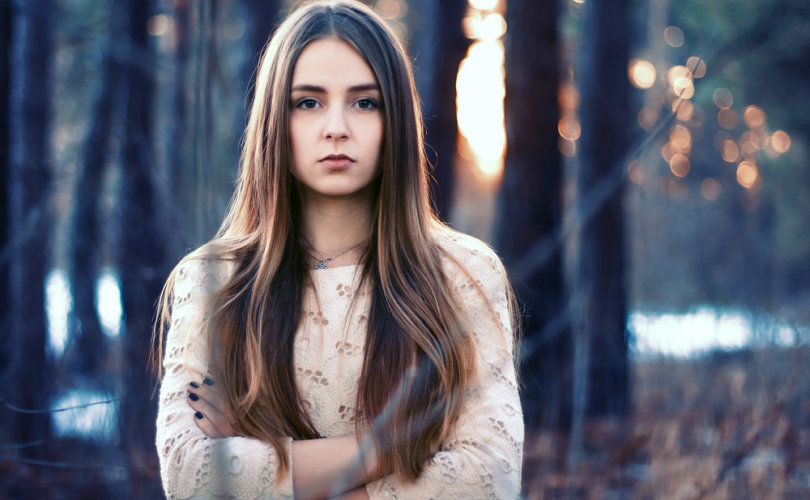 July 14, 2020 (LifeSiteNews) – Last week, I was chatting with one of my friends who has done a lot of work as an anti-porn educator. One of the things we’ve often discussed is how pornography has made puberty and dating so much more difficult for girls. Sexual violence now infuses sexual interactions as a matter of course, and both of us have had young people—especially young girls—ask us after anti-porn presentations if the demands of their boyfriends are “okay” or if they can refuse to engage in the porn-inspired activities being demanded of them. Many of them have trouble distinguishing between sexual assault and a normal sexual experience. These conversations, by the way, are generally taking place at Christian schools.

During our discussion, I mused that perhaps many girls want to identify as boys these days simply because they do not want to be girls. If girlhood is now a minefield of sexting, pornography, social media, and cyber-bullying, perhaps some of them see masculinity as a sort of escape. Only a few days later, reading through Abigail Shrier’s brilliant new book Irreversible Damage: The Transgender Craze Seducing Our Daughters, I came across this passage:

Violent porn not only terrifies young girls about men and the prospect of sex with them, it is changing the expectations and behavior of boys. Sex researcher at Indiana University School of Public Health Debby Herbenick found that nearly a quarter of adult women say they have felt scared during sex and “13 percent of sexually active girls ages 14 to 17 have already been choked.” If you have trouble seeing the appeal of transgender life, consider that the typical dating life available to young women today doesn’t look as great as it used to be…this culture make[s] it hard to imagine why anyone would want to be a girl.

None of that surprises me. Pornography has created an utterly hostile environment for girls, especially as the sort of violence described above is now simply a feature of the sexual landscape. In fact, Shrier notes that many of the girls seeking to transition do not necessarily want to transition into boys—they just don’t want to be girls. Many of them seek an ambiguity or androgyny, straddling the fence between the sexes, identifying as “non-binary” or simply “neither.” They are seeking an escape from the world they live in, and trans influencers, testosterone, and the celebration of their peers is their ticket out of the lives they have grown to hate.

As it turns out, many girls are looking at the transgender movement and they are not seeing a lifestyle that calls for the destruction of their femininity, their fertility, and their identity. Instead, they are seeing a way out of the hell that the Sexual Revolution—and our culture—has created for them. We have failed to protect our girls. We should look at what is taking place, and we should all be so very ashamed.