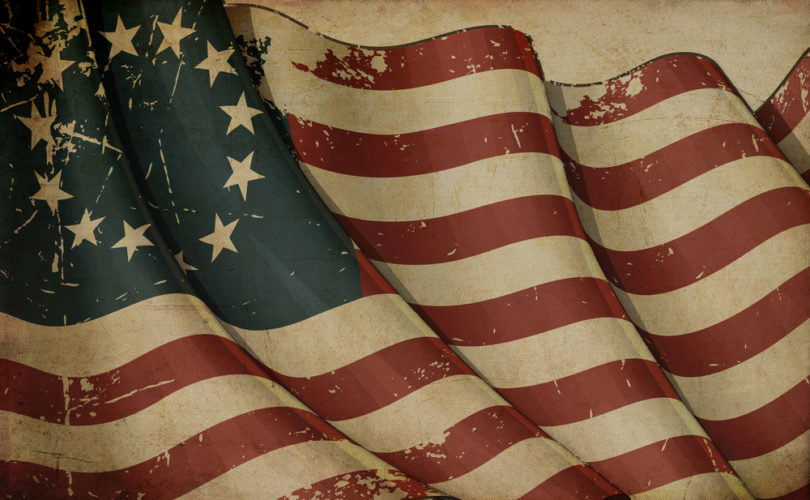 Today’s US Supreme Court ruling against the understanding for millennia that marriage can naturally only be the union of one man and one woman, although expected, is nevertheless a shocker. It is a shocker because of what we now understand are grave implications of the decision.

The concept of law is now further in shambles. It is ridiculed, gutted, and trashed by these judges who consider themselves to be a unilaterally declared new power over the American people.

They have made it very clear that they are an enemy of the American Republic and its original declarations and ideals.

The decision affirms once again, as have a growing number of activist court decisions, that reason must not be allowed to overrule the particular biases and desires of a majority of the justices and those urging them to be as creative as necessary to arrive at demanded outcomes.

Brian Brown, president of the National Organization for Marriage, stated today that what the majority of the court “has done is simply invent a constitutional right to same-sex 'marriage' out of thin air.”

The decision is also seen as only the beginning of a next stage of efforts to radically change American society by forcing citizens, using this legal decision, to comply with the new social order.

Brown says the rogue justices “have put in the crosshairs for persecution every American and group that believes in the truth of marriage.” “Indeed”, he says,

Justice Roberts noted that “ominously” the majority of the Court has not spoken to the right of people to exercise dissent from support for same-sex 'marriage.' Justices Scalia, Alito and Thomas all worry aloud – rightly so – that it will not be long before cases will be brought involving punishment of people and groups by the government for not agreeing to go along with the new orthodoxy of marriage.

Already a top Obama lawyer has hinted that Christian schools and other nonprofit and charitable groups that refuse to go along might lose their tax exempt status. But it won't stop there. Soon, any lever of power the government can wield will be used to force compliance – whether that be the tax code, revocation of government contracts, new provisions in employment law, denial of access to services and benefits, etc. – whatever the federal government has at its disposal to force individuals and organizations to comply will be utilized.

Perhaps now many more Americans, especially the youth of the nation, will begin to comprehend that this same-sex “marriage” push is not at all what it has been presented to be. It is not about “equality”, “justice,” or preventing “hate.” It is instead revealing itself as a tool to destroy the concept of America and all the freedoms and strengths of the original Republic.

Quite frankly, the United States, with this decision may have entered into a new kind of civil war. Not a violent one, at least not yet by the opponents of America in America, but a brutal, destructive one nevertheless.

It is time for another American Revolution to overthrow oppressors.

The Supreme Court’s marriage ruling is outright judicial activism. Here’s how to respond.